How a Mr. Rogers ministry guided my pandemic rabbinate

Rogers demonstrated that the distance created by a screen could not sever the connection between two people, nor could it prevent you from feeling the intention of the other

“I’m not that interested in ‘mass’ communications. I’m much more interested in what happens between this person and the one person watching. The space between the television set and that person who’s watching is very holy ground.” 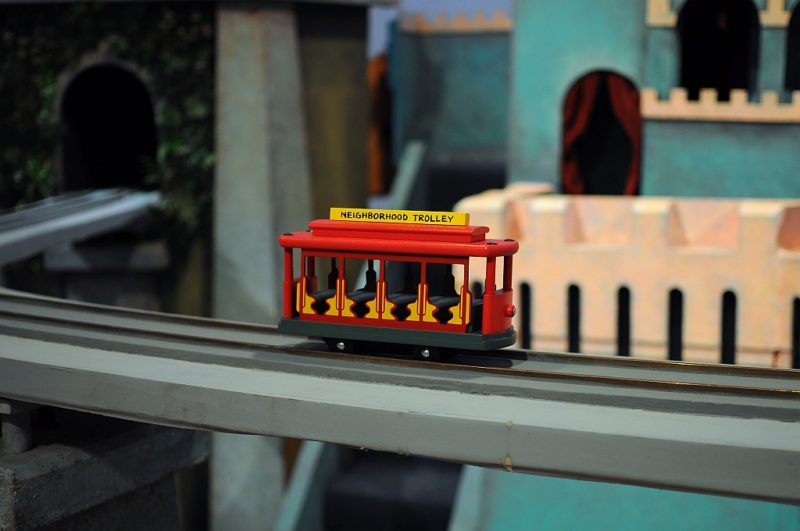 When I was a child growing up in a largely secular Jewish home, I took tremendous comfort in watching “Mr. Rogers’ Neighborhood.” Fred Rogers was an educator and a pastor, who used television as a vehicle to communicate his torah, which was that each person is unique and special, worth seeing and celebrating. Through the camera, he saw us. Through a screen, Mr. Rogers would invite us into his living room and would share things that were precious to him. He would share stories about his friends. He would call us his “neighbor.”

For Fred Rogers, this was not an act or a ploy for ratings, but an attempt at genuine and meaningful relationship building. Rogers commented on his process several times, and would explain that when he recorded his show, he would look directly into the camera and imagine the young boy or girl who was just beyond it. He once said, “… I think of the children I know and many of the aspects of life that they are dealing with. But I don’t think of a whole lot of people when I look at the television camera. It is a very, very personal medium.” Long before the COVID-19 pandemic, Rogers demonstrated that the distance created by a screen could not sever the connection between two people, nor could it prevent you from feeling the intention of the other. “Mr. Rogers’ Neighborhood” was proof positive that if you wanted to show up for another person, you could, even without ever meeting them.

This ideology has guided my rabbinate since March 2020, when my synagogue temporarily closed its physical doors and began a virtual program. Every time I doubted whether this could be meaningful for people, I remembered the power of Fred Rogers’ intentions. When I would read someone’s name before Kaddish, I would look into my camera and speak only to the mourner. When we pre-recorded High Holy Day services, I pictured individual families in their living room, and spoke directly to them. Like Rogers, I shared with them my own precious items: My shofar, my Cheshbon HaNefesh journal, my stories. And like all of Mr. Rogers’ neighbors’s, my congregants indeed felt the intimacy, even if it was through a screen.

As we begin a new year with our doors once again opened to in-person worship, I carry with me the knowledge that relational connection is possible even from a distance, even when we do not see the other person, as long as we seek that connection and open our hearts to the other. I am eager to be proximate, in person and unmasked soon, and I yearn to gather with my community in our sanctuary, to acknowledge people with my whole body rather than simply my eyes. At the same time, I am so grateful for having been reminded of the lesson that Rogers showed us many years ago: a screen can be an obstruction, but it can also magnify the message of one’s love, support and presence.

So often, we yearn for a personal relationship with another person or with the Divine presence, but feel it is impossible because we are distant from them, or can’t sit with them face-to-face. What this moment in time has taught me is that even when we are not face-to-face, we can direct our hearts toward each other to give love, and open our hearts to receive it. Perhaps, somewhere, the Holy One, Blessed Be God, is doing this too; speaking directly to us but through a ‘screen.’ God is fully present with us. God seeks us and sees us. And, when we tune in, God is speaking directly to us.

As we awaken to our new normal, may we continue to emulate the Divine in our own interactions, whether virtually or in person.

This article was originally published by M² in their recent collection of pieces: “Awakenings: Our Memoir of Transformation.”

Ilana Schachter serves as associate rabbi at Temple Sinai of Roslyn in Roslyn, NY. She was ordained by the Hebrew Union College-Jewish Institute of Religion and received her AB from Brown University. Ilana is a graduate of the M² Senior Educators Cohort, and is currently in Cohort 4 of the Clergy Leadership Incubator (CLI) Rabbinic Fellowship program.