“I can assure you, it’s not racism,” the synagogue president said as he delivered heartbreaking news. “These are lovely people.”

I hadn’t mentioned race. Yet at that moment, racism was the only plausible explanation. The rabbinic search committee of a small, liberal, southern congregation was poised to recommend me for the position. Then, out of nowhere, several members who hadn’t been part of the process, and hadn’t met me, expressed anger that my name was being put forward. And these folks, apparently, held veto power and the purse strings. 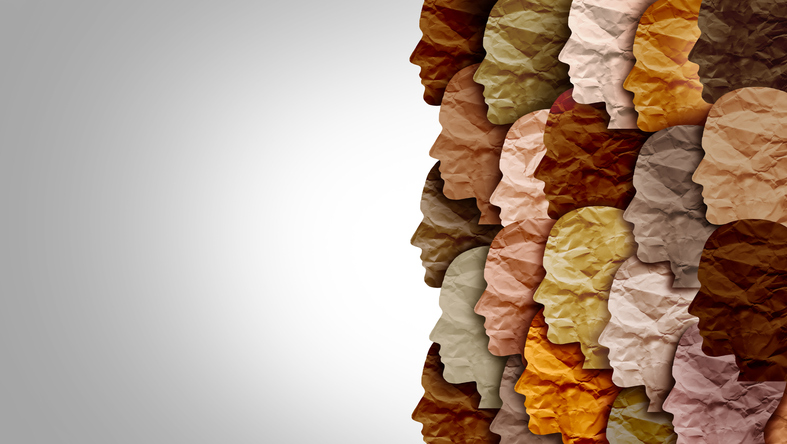 Telling that story here isn’t sour grapes. It’s an acknowledgment that I can recognize racism when I see it, when I experience it.

This was far from the only time I’d encountered racism in a rabbinic hiring process. From the time I began my studies at the Reconstructionist Rabbinical College, landing employment and internships — experience one needs to become a rabbi — proved challenging.

Almost a year after ordination, I applied for another rabbinical position at a different Southern congregation. This congregation was unique for two reasons; it had a history of welcoming marginalized people into the community, and it sought a self-starter, entrepreneurial minded rabbi, who could go out and work with the unaffiliated population.

Later, after I did not get the position, I was told that some members in the community expressed racial bias towards me and could not see me in the position because their “community was not ready for a black rabbi.” This kind of statement does show a certain self-awareness — one step on the road to transformation. Yet if self-awareness is used as an excuse, and not an impetus for change, then it is just an expression of racism and racial bias.

I’m far from alone. Other rabbis of color, especially African American rabbis, have faced similar barriers. A number of rabbinical seminaries currently have students of color and I am honestly concerned about their ability to thrive as rabbis and cantors because many of our communities have not addressed the racism that exists within.

That’s one reason, among many, why I have devoted so much time to speaking and writing about race and racism in the Jewish community, and a major reason I’ve accepted the role as inaugural Director of Racial Diversity, Equity and Inclusion at Reconstructing Judaism. (I’ve worked with the organization to co-create the position, with key funding from the Jews of Color Initiative.)

At the same time, this work is so much bigger than me and my fellow rabbis and rabbinical students of color — important as our experiences (as well as financial well-being and professional prospects) are. It’s even bigger than the health of the Jewish community, though finding ways to fully embrace and uplift 12 to 15 percent of its population surely matters to its long-term vitality. This is really about the kind of America I want to live in. It is about understanding that white supremacy and antisemitism come from the same source.

I’m beginning this work at a hopeful time. Maybe that’s crazy to say: we’re a year into a devastating pandemic and began 2021 with armed racists and antisemites storming our Capitol, attempting to subvert democracy. Yet across our movement and the wider Jewish world, individuals and communities are increasingly self-aware and eager to undertake hard work. For many in the Jewish community, this work has been building for several years and certainly did not begin with George Floyd’s murder or last summer’s protests. Back in 2016, the Jewish Social Justice Roundtable, of which Reconstructing Judaism is a proud member, made a commitment to centering racial justice work. And, in 2019, Reconstructing Judaism’s Tikkun Olam Commission adopted racial justice as its top priority. A groundswell had already been built.

Many communities and individuals want to do the work of confronting white supremacy, yet they don’t know where to begin. I must admit that as I look to craft policies that make our rabbinical seminary and affiliates anti-racist, I’m not entirely sure the best way to pursue this on a big scale. That’s okay. A number of Jewish organizations are at various stages of anti-racism work. Each is at the beginning of a long journey and we’ll all travel further if we learn from one another.

As I set out, I’m looking at two foundations. The first is my experience offering anti-racism training to synagogues, colleges and small groups. I begin those conversations by offering a blessing of gratitude and honoring our pain. I do this because it is often easier in our society to focus on the things that are wrong, and I want to ground us in gratitude and thankfulness, so that we can approach hard subjects such as racism with grace and an open heart. Then I let people know that we need to honor our pain. The pain of living in a society that is not equitable. The pain of living through this pandemic and all the human devastation and misery it has wrought. We need to honor our suffering instead of repressing it. If we don’t honor it, we can’t move forward. We can’t heal. So, I offer a Mi Shebeirach prayer for all of us so that we can begin to heal.

In some ways, I’m beginning from a better place than in the 1980s. Back then, few in the movement were really thinking about gays and lesbians, while today the discussion has advanced to widespread focus on systematic racism. On the other hand, no one can overestimate the extent that systemic racism is woven into our societies, our very psyches, and identifying it and extricating it will take resolve, firm policies, and a commitment to face uncomfortable truths.

I’ve written and spoken a great deal about my personal journey. I am someone who converted into Judaism. Judaism is my adopted religious tradition. I fell in love with the Jewish community through my relationship with a Reconstructionist rabbi and a Southern Reconstructionist congregation. When I officially joined the Jewish people in 2004, I imagined and believed, perhaps naively, what I was told, which is once you convert to Judaism you are a member of the tribe, you are part of the Jewish people. Though I love Judaism and the Jewish community with all my heart, too often I’ve been made to feel different, other.

In America there still exists an unspoken assumption that American Jews are white. In previous generations, American Jews relied on stereotypical identifiers to discern if someone was Jewish. Today communities must understand that those stereotypical markers are, to an increasing degree, incorrect and unreliable.

In the biblical story of Ruth, perhaps our most famous convert tells her mother-in-law Naomi, “Do not urge me to leave you, to turn back and not follow you. For wherever you go, I will go; wherever you lodge, I will lodge; your people shall be my people, and your God my God.” The story of Ruth reminds us that we are a people bound together in common purpose, inheritors of a tradition that are compelled to build a better world.

Our society is built on the promise that all people are created equal. We experience that same promise in our sacred text where we say Sheasanu Betzelem Elohim (We are created in the image of God). All we have to do is live up to these ideals. Join me in this holy work. Let’s learn from one another and build an anti-racist world.