As any social scientist will tell you, the plural of anecdote is not data, and we must closely examine the data before we draw solid conclusions. What we do know is that 2021 saw historic numbers of Jews from across the globe choosing to make Israel their home.

To put it mildly, 2021 was not an easy year for Israel or any other country. In addition to multiple outbreaks of COVID-19 variants, Israel also saw its most significant military operation in many years, which saw millions of Israelis running to shelters as Hamas rockets rained down on population centers. Yet, despite these considerable hardships, something quite remarkable happened.

A total of 27,050 olim (immigrants) from across the globe arrived in Israel during 2021, representing a 30% increase over the previous year, according to statistics that were recently released by Israel’s Ministry of Aliyah and Integration, The Jewish Agency for Israel and Nefesh B’Nefesh. Incredibly, these numbers included the highest number of American Jews since 1973. 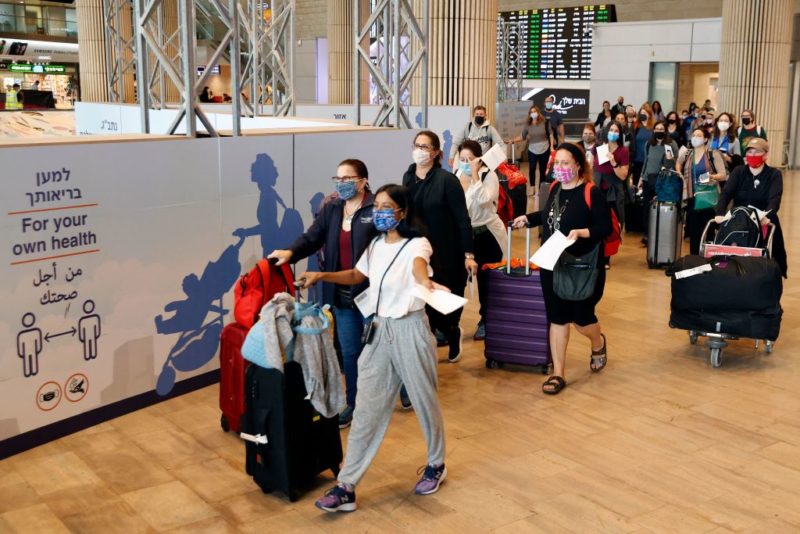 Pause and consider that again. In a year that presented more challenges than most, more American Jews chose to make Israel their home than at any point in many of our lifetimes. We must ask: Why? Why in a year when it has been so difficult to even visit Israel from abroad, did so many more American Jews decide to move there?

While every new citizen has their own story, I would like to offer four key reasons as well as one (sadly disturbing) possibility to explain this phenomenon.

First, if the last two years have done anything, they have reinforced the importance of access to high-quality medical care. From the start of the pandemic, prospective olim came to appreciate that Israeli health care is affordable, advanced and efficient. Israel ranks among the world’s top five countries in the Bloomberg Health-Efficiency Index. The U.S. sadly ranks among the least efficient nations.

Second, as has been the case throughout history, people move in order to have a better life for themselves and their families. In the face of enormous economic uncertainty, moving to Israel offered a unique opportunity to start over. Aliyah has traditionally been connected with the perceived obstacle of difficulty finding new employment or making ends meet due to the combination of relatively low wages and high housing prices. But the pandemic’s upheaval has presented an intriguing question: If life is this challenging everywhere, why not face these global challenges in the Jewish homeland, fulfilling a lifelong dream?

Third, and along the same lines, the pandemic has created an unprecedented openness toward remote work. With this new capability, why not perform your existing job (when feasible) or pursue a new career opportunity from the world’s only Jewish state? If anything is true about today’s job-search process, it’s that the geographic playing field has been leveled, virtually eliminating any competitive disadvantage for North American Jews who are seeking to make Aliyah.

Fourth, and perhaps most excitingly, Israel is a young and vibrant country. More than half (55%) of this year’s olim were under the age of 35. Apparently, an increased number of younger Jews made the determination that Israel is the place to be. Despite all the negativity surrounding Israel in our media coverage, a lot of young Jews looked at what they saw in Israel and decided to link their destinies with the Jewish state. This is a highly encouraging development, and we should celebrate it.

Finally — and we must be careful here — we cannot ignore the fact that this wave of Aliyah took place at a time of heightened anxiety about antisemitism in the U.S. and around the world. According to the American Jewish Committee’s largest-ever survey of American Jews, 90% identified antisemitism as a problem and over 80 percent believed it to be on the rise. Nearly a quarter of American Jews admitted that they had hidden their identity over the last year out of fear of antisemitism.

This final possible factor behind increased Aliyah will need to be examined further in the coming months, but we must ask ourselves these difficult questions. Every Jew, and indeed every person, should and must have the right to feel safe in any country where they choose to live. While we should presume nothing, we cannot afford to ignore the context in which this Aliyah took place.

As any social scientist will tell you, the plural of anecdote is not data, and we must closely examine the data before we draw solid conclusions. What we do know is that 2021 saw historic numbers of Jews from across the globe choosing to make Israel their home. At The Jewish Agency, we are committed to each and every one of them — to learn their reasons and to work with them to make their absorption as seamless as possible.