Four decades of facing domestic violence in the Jewish community

We now recognize that intimate-partner violence can occur in any and all parts of the Jewish community.

My first meeting as executive director of the Philadelphia Board of Rabbis quickly took a contentious turn.

It was 1988, and nearly 50 clergy were gathered to hear from Rabbi Julie Ringold Spitzer, one of the first rabbis to specialize in educating about domestic abuse within the Jewish community. 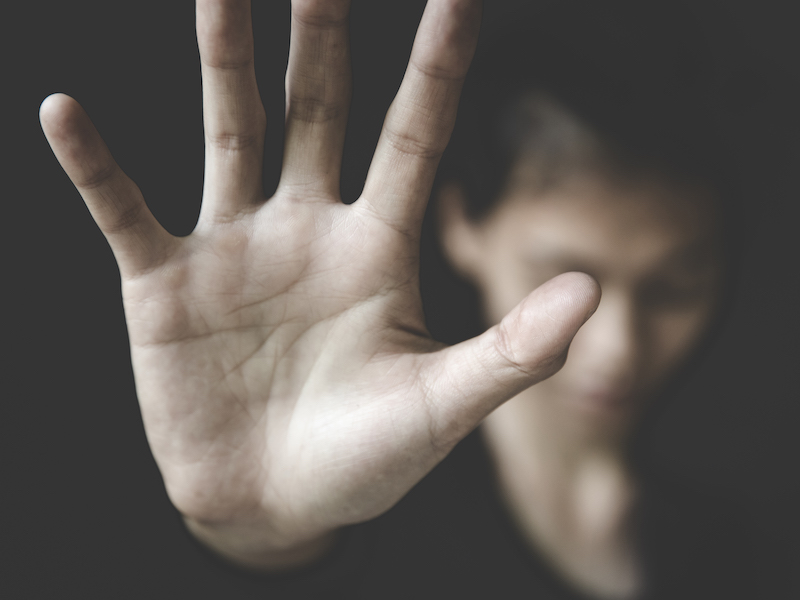 Her message — that abuse was present in the Jewish community, and that we had not been properly trained to recognize or to respond to it — was challenging for many of the rabbis to accept.

I was reminded of that meeting when the Violence Against Women Act (VAWA) was re-authorized by Congress in March 2022. The 1994 law, which was allowed to lapse three years ago, sustains and expands protections for victims of abuse, and includes enhanced implementation and enforcement provisions.

Such legislation was hard to imagine in 1988. While there were several female rabbis present at our meeting, it was still held during the era in which older male rabbis predominated, and Rabbi Spitzer was a young female rabbi ordained just three years prior.

Several long-time members noisily rejected the idea that there were Jewish men who were, in the parlance of the time, “batterers,” or Jewish women who were “battered.” A few observed that even if abuse might happen, it happened very infrequently — and publicizing the issue would be a source of shame for the Jewish community that outweighed any benefit of public recognition.

Denominational caricatures intruded as well. One liberal rabbi warily acknowledged that domestic violence might be a problem in the Jewish community, but pointed a finger at Orthodox congregations. A traditional rabbi responded that such things did not happen in Orthodox communities, and that if there were incidents of abuse in Jewish homes, they must be occurring in Reform families.

Rabbi Spitzer shared best practices for responding to abuse allegations, such as preserving the privacy of a woman who might seek out clergy counseling. One veteran rabbi told Rabbi Spitzer that her “best practices” were “all wrong.”

“If I hear about this in my congregation,” he said, “I call the husband in, and I call the wife in, and I explain to them about shalom bayis (‘peace in the home’). And I tell them to behave like menschen (‘decent people’). And then I make the husband promise not to do it anymore.”

Rabbi Spitzer maintained her poise and replied that when a woman discloses abuse to a rabbi who then breaks clergy confidentiality, the rabbi is potentially exposing the woman to further and even more dangerous harm.

Our colleague dismissed her in a way that made many of us cringe: “You are young; when you’ve had as much experience as me, you’ll see that I was right.”

While many rabbis came away from this meeting with much-needed information about a rarely acknowledged issue, I suspect some others agreed with the colleague who asked, “Why did we devote a whole program to an issue that does not even exist?”

I could see that for our Board of Rabbis to be an asset and an ally in focusing attention on abuse in the Jewish community, we would have to start by overcoming resistance to acknowledging the issue. It would take several more years for the rabbinic community to shift its focus to learning how to respond to abuse in an informed, effective and safe manner.

Seven years later, a similar conversation went very differently. Domestic violence in the Jewish community was acknowledged, as was the importance of speaking out. Rabbis also acknowledged that we were unprepared for counseling, responding and making referrals for support and assistance when women came to us to report  abuse.

This time, I was attending a meeting of the Chicago Board of Rabbis, and the presenter was Sherry Dimarksy, the first executive director of Shalva, one of few Jewish agencies devoted specifically to addressing intimate-partner abuse in the Jewish community (Full disclosure: My wife served as president of the Shalva board from 1997-1998).

Perhaps the age and gender diversity of the Chicago rabbinic community of the mid-1990s, the significant increase in the number of female rabbis or the increasing cultural conversations about domestic violence contributed to the conversation being so different. But whatever the reason, this time, the rabbis were there to learn from an expert, not to lecture her. This time, no one asked why we were devoting a program to a problem that did not exist.

Unfortunately, not all of our congregants and co-workers were equally prepared to work with us.

As suggested at the meeting, I had placed fliers with domestic violence hotline phone numbers in the restrooms of the congregation I was serving.

At the next staff meeting, the synagogue executive director mentioned that she had taken them down, “because we have so many Bar and Bat Mitzvah guests each week, and it is embarrassing for the Jewish community to have these signs in our building.”

The subsequent board meeting discussion was predictably problematic, argumentative and inconclusive. Some rabbis may have been ready to lead on this issue, but not all congregations were ready to follow.

This year, I participated in a very different meeting of the Philadelphia Board of Rabbis. In our workshop, “Skills and Resources for Responding to Intimate-Partner Abuse,” Deborah Rosenbloom, chief program officer of Jewish Women International, noted that clergy are now seen as resources, advocates and partners in addressing domestic violence.

Remembering my 1988 meeting, I could see how far we had come in addressing intimate-partner abuse.

Rabbis and cantors now have access to resources that can make us better advocates for and allies to individuals, families and children who experience abuse. The JWI Clergy Task Force on Domestic Violence has created a clergy handbook on best practices.

Clergy also have an important educational and advocacy role to play in preventing domestic abuse by promoting healthy relationships. But the interpersonal skills that sustain such relationships must be cultivated, not assumed.

There is still much work to be done, and new issues to address. While the overwhelming majority of victims of abuse are female and their abusers male, abuse can occur in any kind of relationship. Much of early and even recent efforts to confront domestic violence has been predicated on cisgender and heteronormative assumptions. We need to expand our conversations so that, for example, non-binary or gender non-conforming Jews see and hear themselves in our advocacy and in our resources.

Our seminaries still devote too little time to training clergy about intimate-partner and child abuse. Newly ordained rabbis report graduating without knowing where to find resources, how to make referrals and how to use Jewish texts and teachings specifically to promote healthy relationships.

I may have been the only rabbi at the 2022 meeting who recalled our 1988 gathering, when we first encountered the difficult and challenging issues around domestic abuse. Those of us who remember how things were then have seen significant changes in the past four decades in how the Jewish community and its clergy respond to domestic abuse concerns. As JWI’s Clergy Guide on Domestic Abuse suggests, we are now “hearing, helping, and healing.”

Rabbi Richard Hirsh has been a member of JWI’s Clergy Task Force on Domestic Abuse for over a dozen years.