Discussion and discomfort: Lessons from a roundtable conversation

In a recent piece on these virtual pages, Heart of a Nation described a roundtable conversation we facilitated in which a selection of American Jewish thought leaders was encouraged to talk among themselves about their red lines regarding conversation and dialogue. We wanted to know how they determined with whom they would and wouldn’t engage. Many valuable insights were shared.

We’ve subsequently followed up with another roundtable, this time with a group of six emerging thought leaders in high school and in college, some of whom are active on campus with AIPAC or J Street, while others are not yet affiliated with any national organization. A moderator their own age asked them the same questions that the first group had been asked; we observed silently, interested to see if the conversation might play out differently. 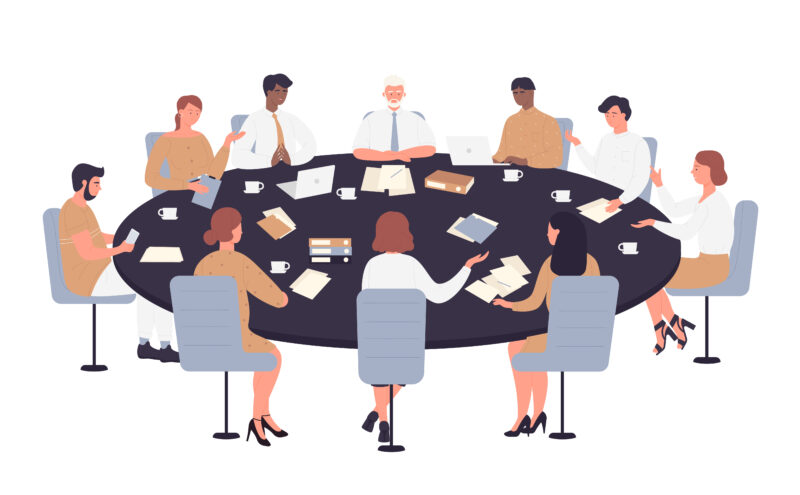 The conversation was rich with new insights, anecdotes and recommendations. Three main themes stuck out:

In our first conversation with the American Jewish leaders, the idea of intent came up a lot, mostly in a self-reflective way about their own intent. Why was I going into this conversation? What might I have to lose? How can I hone my own thought process about whether or not this is a good idea?

Intent was a major theme for the young people too, but from the opposite perspective. They were thinking about the intent of the other person. Does this potential interlocutor have malicious intentions? Where are they “coming from”? Are their problematic positions the result of ignorance through no fault of their own? Can I stretch myself to be more patient with their missteps or prejudices?

These young people seemed willing to go much further than their older counterparts in identifying and separating out the range of possible motives of the other person and using that as a criterion in their decision whether or not to engage.

The younger participants repeatedly emphasized the importance of dialogue, its potential for growth for both parties and its centrality to how they viewed the world. One participant spoke about engaging in dialogue with a student who’d made crude anti-Israel remarks; another spoke about a conversation with a racist Uber driver; one even said that they would sit on a panel with a Holocaust denier, if it led to opportunity for dialogue and therefore education.

Related themes included the idea that building trust with the other side is crucial; that we’re all “works in progress” and that we should embrace a “growth mindset,” both for oneself and for one’s interlocutor.

Bottom line: people can change through dialogue and education; the person that they are in dialogue with – and also themselves.

“Treat others as they’d want to be treated” (the so-called “Platinum Rule”) was a refrain heard many times during the discussion. The participants were acutely attuned to how others – whether their friends or their potential interlocutors – might feel.

“I’d meet with anybody once,” said one participant. “Wouldn’t we all want those who find our views problematic to say the same about us?”

The participants stressed the importance of respecting others’ humanity, even if not their particular points of view.

What lessons have already emerged from these two forums – we have two more planned with other constituencies – and how might an organization such as ours apply them?

Heart of a Nation will apply these insights and frameworks as we continue to engage those across cultures, ideological orientations and generations, who seek to better their own societies.

Jonathan Kessler and Alex Sinclair are, respectively, the founder/CEO and a member of the editorial committee of Heart of a Nation.