The role of rabbis is not the same as it was in America a century ago. Our institutions should not look the same either. Now is the time for them to begin anew in dreaming what they could become.

Rabbinical, cantorial and educational schools are reducing their physical footprints across America at a remarkable clip. In the past several years, The Jewish Theological Seminary of America sold its air rights; Hebrew College sold its building and moved into a shared campus with other mainstays of Jewish life in Boston. Now the Board of Governors of the Hebrew Union College – Jewish Institute of Religion has voted to deaccession its Cincinnati campus Moving its rabbinical programs to Los Angeles, New York and a hybrid learning format.

It would be easy to conclude that the future for professional Jewish leadership in America is grim. But we would do well not to conflate the closure of space with the foreclosure of opportunities. These long overdue reductions in physical plant lay the groundwork for future mergers and the potential for an era of profound pluralism, lay empowerment and renewed purpose. 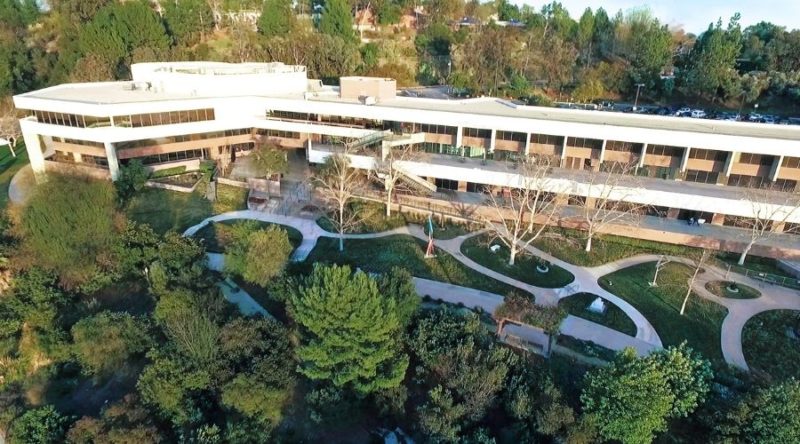 First the inherent downside of overinvestment in physical spaces. They make us feel safe and at home, fill us with awe and connect us to the past. Yet they can also snare us in nostalgia for a time when we were just barely “making it” in America. They are cathedrals to our integration, and our communities pay an extraordinary price for them, while diverting resources from the human-centered projects of our community’s future.

For a sense of the scale of this drain of resources, as of 2014, a meager 168 rabbis studied for ordination across nine institutions from the major denominations and movements in the United States. The data is even more stark when Modern Orthodox seminaries are excluded. We have since seen a sharp decline in enrollment from these already unsustainable numbers, indicating that there may be fewer than 75 students per class year across nine campuses within progressive movements. That would mean an average of approximately forty rabbinical graduates per campus (spread over five class years), with each campus requiring millions of dollars in upkeep and staffing. Tuition for many rabbinical schools hovers around $40,000 per year, dissuading many people from pursuing their calling.

The result is too few clergy and Jewish professionals to meet the demand. Synagogues and Jewish nonprofits race to attract artificially scarce clergy talent. Based on simple economics, the result of reduced supply is inflated clergy salaries.

Rabbis are highest-paid clergy in the United States, earning three-and-a-half times as much as their Christian counterparts. Rabbis at small- to midsize synagogues earn nearly as much as “mega-church” pastors who serve communities of over two thousand people. Jewish nonprofit leaders can earn hundreds of thousands of dollars, with prominent figures nearing a million dollars in annual compensation.

The high salaries further drain funds that our organizations and institutions could better spend in fulfilling their mission. A simple answer would be to make tuition free for all for rabbinical school. It is more than possible, the American diaspora rids itself of an undue love for physical space.

The Ziegler School at the American Jewish University in California showed us how, by shoring up their finances, deciding to sell its Bel Air campus, and slashing tuition. AJU’s president, Jeffrey Herbst, shared:

“We are seeking to sell the Familian Campus because we no longer believe that holding twenty-two acres in Bel Air is necessarily the best way to support our critical mission of promoting Jewish journeys, and strengthening the Jewish life of individuals, organizations, and our community.”

Herbst is right. The status quo in American rabbinical and Jewish professional schools is untenable. They need to serve the Jewish people rather than allowing their own continuity to become a goal unto itself. To do so, they need to reduce tuition, increase enrollment and refocus on training laypeople for roles unnecessarily reserved for clergy.

That may well mean closing campuses, merging schools and other steps. Such changes would be painful. But they would also open remarkable possibilities for a diaspora with more clergy and better-served communities. The role of rabbis is not the same as it was in America a century ago. Our institutions should not look the same either. Now is the time for them to begin anew in dreaming what they could become.

Rabbi Benjamin Spratt is senior rabbi of Congregation Rodeph Sholom in New York. Rabbi Joshua Stanton is senior fellow at CLAL – The National Jewish Center for Learning and Leadership and rabbi of East End Temple. The two are coauthors of Awakenings: American Jewish Transformations in Identity, Leadership, and Belonging.