The push to promote Diversity, Equity and Inclusion training comes at the request of camp directors looking to foster a welcoming environment for all campers and staff 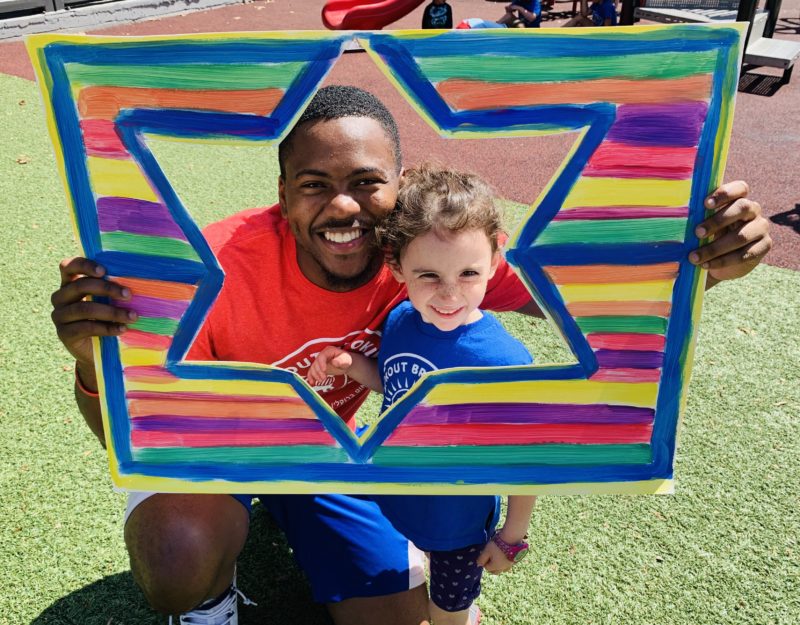 In the summer of 2019, Friday afternoon Shabbat celebrations at New Country Day Camp’s leafy Staten Island campground already featured rap competitions and songs in Spanish, in addition to candle lighting and Hebrew prayers, a testament to the diversity of the community.

Lili Weiss-Voskidis, director of New Country Day, which is Jewish but also serves a general population, was glad to see so many people sharing how they were going to celebrate the coming weekend. But she also knew there was more work to be done.

Over the last year, Weiss-Voskidis and five other camp directors have met regularly — over Zoom — with Jared Jackson, founder of the advocacy group Jews in All Hues. Jackson leads what he calls a Diversity, Equity and Inclusion (DEI) training, a program funded by UJA-Federation of New York and run by the Foundation for Jewish Camp (FJC).

At New Country Day, Weiss-Voskidis did have a particular interest in race. She came to focus on it in talking with some colleagues, all of whom were alumni of various other FJC-UJA professional development programs.

They had all learned about how to include campers with disabilities, and those  who were gay, transgender or non-binary. They wanted to add race to that list, and to think about it in a Jewish way, said Anna Bennett, an executive in UJA’s Jewish life department, the mission of which is to enrich Jewish life by helping to fund activities like youth groups and Israel travel.

“It just kept coming up,” said Jenni Zeftel, who directs the day camp program at the FJC. “It was time for New York-area day camps to talk explicitly about race.”

The federation made a $74,000 grant, and the FJC found Jackson after a search for an outside trainer.

Jackson’s program consisted of three collective training sessions and 12 individual coaching sessions. He talked to each of the camp directors about their own experience of race and other differences, and then helped them connect those insights to how the camp runs. Each director will emerge from the program with a written plan for their camp.

This kind of professional development is part of a broader trend, said Susie Lupert, executive director of the American Camp Association in New York and New Jersey. While the association doesn’t track which camps already offer such diversity training , she said, the organization is explicitly encouraging camps to do so. At the group’s 140-session conference next month, 20 of the sessions will be about DEI, she said. And the association itself has formed a new committee to diversify itself, in part by broadening the way it recruits new staff.

“If camps are not thinking about this, then they need to,” Lupert  said. “It’s a basic fact of business and ethics.”

The New York-area camps are working toward different goals, Zeftel said. Some are emphasizing the experience of the camper, while others  are thinking hard about their marketing materials. New Country Day Camp has come to understand that its  staff, which is highly diverse, was feeling that management was sometimes too lenient with campers and parents who were impolite to the staff, Weiss-Voskidis said.

“I may not always be able to stop a parent from having that kind of conversation with a staff member, but I can make staff know that they are our priority too and that they feel safe and valued at camp,” Weiss-Voskidis said.

FJC has included racial diversity questions in its annual census, but does not have that data because the camps are not yet collecting it in a standardized way; FJC is working on how to collect that data. New Country Day Camp does collect that information, it’s not yet available to the public, Weiss-Voskidis said.

If the pandemic eases and New York State allows camps to open this summer, Weiss-Voskidis and her colleagues will be equipped to start making changes now that they can look at their work with “a different set of sunglasses.”

Many camps are telling FJC that they want this kind of diversity training, Zeftel added, noting that the group is planning to hold a meeting this spring to discuss how camp administrators and staff can learn more about racial equity — which includes how to make Jews of color feel welcome.

FJC is doing DEI work internally as well, Zeftel said, working with Be’chol Lashon, which means “In Every Language,” a San Francisco-based organization that raises awareness about Jewish racial diversity.

There is no such thing as a checklist that camps can use to achieve equity, Zeftel said: “If we could do it that way, we would have already done it.”