What happened when you last studied Hebrew? What did you gain from the experience?

For many, these questions will prompt a witty retort. “I don’t remember, I’d already fallen asleep.” “I met my first husband. He was sitting in the row behind me.” “Are you asking me to remember what I was doing 50 years ago?” 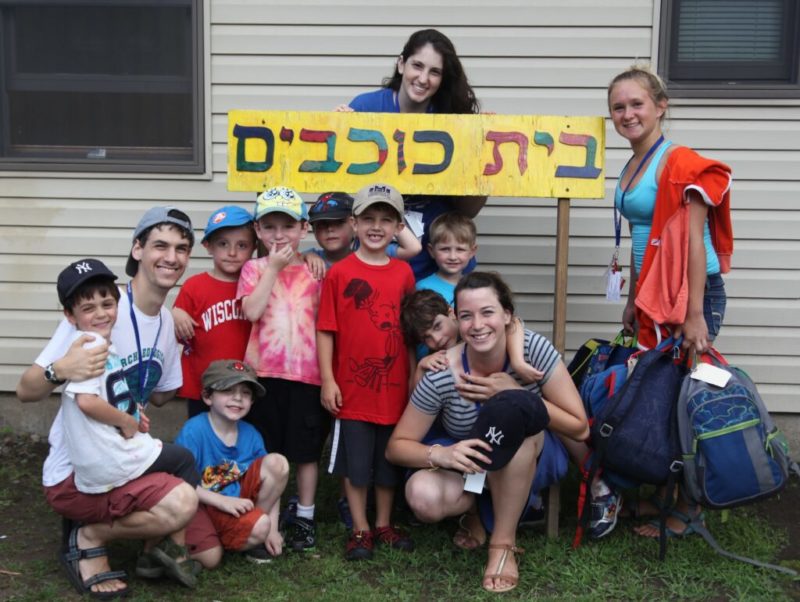 The question of what happens when people study Hebrew is a serious one and has been hotly contested. A recent small-scale study sheds new, promising light.

Some scholars argue that people study Hebrew inspired by a connection to Israel and Israelis. This is one of the primary reasons why adults study foreign languages. They want to converse in the native language of cultures to which they’re already drawn; they’re interested in building relationships with people from those cultures.

Hebrew language educators have often argued otherwise, especially when it comes to children. When children study Hebrew, they say, they become connected to Israel. Hebrew ‘opens a window’ onto Israeli culture and values. Hebrew helps cultivate an intimate relationship with Israel. Learning about Israel in translation is, to adapt a statement of Chaim Nachman Bialik (Israel’s national poet), like kissing through a veil; with Hebrew, however, we truly become intimate with Israel.

The problem is that such assertions have typically been supported only by anecdote. And there are just as many anecdotes attesting to how easy it is to be turned off by horrible experiences with Hebrew, in Hebrew school or just struggling with what is a hard language to learn.

Over the last few months, we’ve been provided with an opportunity to examine this venerable question anew. For the last seven years, we’ve been evaluating the emerging phenomenon that is Kayitz Kef (‘Summer of Fun’ in Hebrew). The program is supported and managed by the Areivim Philanthropic Group and during the summer of 2019 comprised 12 Jewish day camps. Kayitz Kef is a day-camp Hebrew immersion program shaped by the Proficiency Approach to Hebrew language learning, operating within the framework of JCCs and other camp settings and staffed almost entirely by Israelis, operating entirely in Hebrew. In the summer of 2020, the program pivoted to a mix of in-person and virtual platforms, providing a range of Hebrew experiences, engaging over 2,000 campers through both day and overnight camps.

We’ve previously reported on some of the noteworthy features of the program: how much children enjoy their time at camp even while communicating entirely in Hebrew; and how various forms of assessment reveal impressive language growth over the summer. We’ve also noted how parents report their children’s greater interest in and excitement about Israel following six weeks in the program. Until now, we haven’t known how much these feelings about Israel derive from the program itself and how much they’re shaped by the families who choose to send their children to such a program. That has been a hard methodological problem to crack.

Following a summer with less in-person camp activity due to COVID-19, we’ve had a chance to focus our efforts on better understanding, retrospectively, what has been produced these past seven years at the longest-running Kayitz Kef program, known as Sha’ar (Gateway). Sha’ar, a Hebrew immersion track, operates at Ramah Day Camp in Nyack and provides a special opportunity to explore the extent to which immersion in Hebrew contributes to a greater connection to Israel.

Ramah Nyack as a whole is an Israel-rich environment. Israel and Israeli culture have long been a major focus of camp life. Contemporary Israeli music and song is heard throughout the camp every day, and the camp’s staff includes a mishlachat (delegation) made up of dozens of young Israelis each summer. Within Nyack, Sha’ar functions as a special track operating entirely in Hebrew, unlike the rest of the camp. For those age cohorts for which the Sha’ar program was offered, Sha’ar represents 20% of campers who were enrolled at Ramah Nyack in the most recent summer of in-person activity.

Given the Israel-infused character of the whole camp, we hypothesized that parents who sent their children to the general Nyack program were likely as connected to Israel as those whose children were enrolled in Sha’ar. If we found that Sha’ar children are more connected to Israel than children in the general program, then there’s a strong chance that it had something to do with their experience in Sha’ar’s Hebrew program. Campers in the general Nyack program are exposed to Hebrew through a ‘Hebrew infusion’ approach. (See Benor, Krasner and Avni’s recently published book, Hebrew Infusion.) They encounter Hebrew in the physical environment of camp, through the songs they hear and sing and in the formal announcements made by camp leaders. In an infusion setting, campers are mostly exposed to Hebrew words that refer to objects and particular activities. These words typically function within English sentences through a phenomenon now referred to as ‘Camp Hebraicized English.’ Infusion campers are not exposed to understanding full Hebrew sentences and do not gain capacities to communicate in Hebrew as do campers in a Hebrew proficiency program such as Sha’ar.

Building on a body of research that shows how parents are reliable observers of their young children’s attitudes and experiences, the Rosov Consulting team surveyed the parents whose children have been in either Nyack’s general program or in Sha’ar over the past seven years to see if their assessment of their child’s connection to Israel and Israelis differ from one another. (A report of our findings can be found here.)

We learned first that the great majority of families who had one child in the Sha’ar program were almost as likely to have another child in the general program. The demographic profiles of the families in the two programs are generally similar. This helps rule out home background as a differentiating factor in our data.

When it comes to children’s attitudes to Israel, the findings are striking. Parents of the campers who have experienced Sha’ar perceive their child to be connected to Israel and Israelis, to be communicating in Hebrew, and to feel positive about the language to a degree that significantly exceeds what is perceived by parents of children at Nyack’s general programs.

These differences are consistent across an extensive set of measures: the range of meanings their children attribute to Israel; the character traits their children ascribe to Israelis; their child’s interest in Israel and Israelis; and the strength of their emotional connection to the country. In all of these respects, Hebrew immersion campers’ attitudes are perceived to be significantly more positive than those of the other campers. (This is even more striking considering that the other Ramah campers’ levels of positive responses across all these measures are already extremely high.) They also exhibit significantly greater gains in their ability to communicate in Hebrew and their parents perceive them to feel more positively about the language. Finally, Sha’ar parents are much more likely to attribute their child’s connection with Israel and Israelis to their experience at camp than do parents in the general program. From past research we conducted at Ramah Nyack, we know that parents have expressed an appreciation for the special relationships their children were able to experience with their Israeli counselors when those relationships were exclusively in Hebrew. It appears that Hebrew immersion campers at Ramah Nyack have a different sense of the Israeliness and personalities of their Israeli counselors than non-immersion campers.

Some might argue that these expressions are more a consequence of the positive associations triggered by experiencing success in learning a foreign language and less a consequence of the program’s Hebrew or Israel-related content. We don’t know. Either way, experiencing the Proficiency Approach to learning Hebrew in such a rich fashion seems strongly associated with positively connecting to Israel. These findings, drawn from the unique laboratory of this camp setting, help substantiate a proposition that has been exceptionally hard to support with data until now: the experience of intensively learning modern spoken Hebrew can make a significant difference to campers’ connection with Israel and Israelis.

When these young people are immersed in Hebrew there is more going on than just the acquisition of a new language. They are no longer getting intimate with Israel through a veil.

Alex Pomson is Principal and Managing Director at Rosov Consulting.

Vardit Ringvald is Director of the School of Hebrew, and CV Starr Research Professor of Languages and Linguistics at Middlebury College.