Awardees at JFN call for Jewish funders to broaden their reach

All three had slightly different suggestions for how donors could expand their giving. 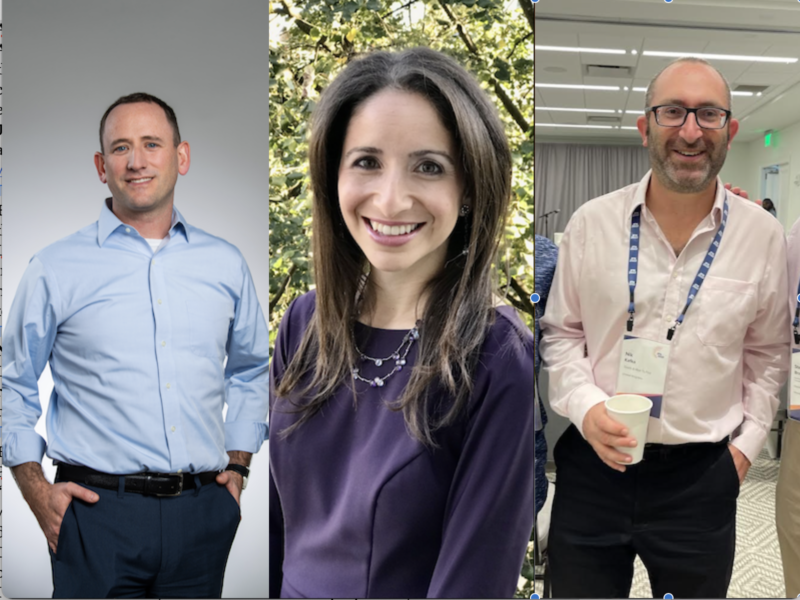 The three people presented with awards at the Jewish Funders Network International Conference all encouraged Jewish philanthropists to expand their giving — and all three had slightly different suggestions for how to do so.

The conference’s themes have been how best to mobilize aid to Ukraine and how to launch more ambitious initiatives as COVID-19 restrictions fade. Tova Katz, a senior portfolio manager at the One8 Foundation, struck on those themes when accepting the J.J. Greenberg Memorial Award, which honors foundation professionals aged 40 and under who work in grantmaking and demonstrate leadership. The award includes $10,000 to be used for professional development or charity, along with an item of Judaica.

Katz was praised for her data-driven approach to her work and her research into Israel trips for non-Jews. She said that Jewish organizations should be proud of their record in responding to COVID-19 and the war in Ukraine — and should not be afraid to take on ambitious projects.

“This is our moment,” she said in her acceptance speech on Monday. “We’re emerging from COVID restrictions with renewed energy and optimism. We have the leadership resources and creativity we need to make big, bold, transformational impact.”

She also highlighted Jewish women’s leadership, and said it deserved more support from communal institutions. “I ask all of us here today to think hard about what more we can do to strengthen and support our women leaders, and advance the Jewish institutional leadership framework from the ‘old boys’ club’ model of the 20th century to a truly equitable model that reflects the full diversity of the community we serve,” she said.

One day earlier, accepting the Ilia Salita Excellence in Research Award, Tufts professor Eitan Hersh encouraged Jewish funders to invest more in academic studies that can provide a clearer picture of the state of the Jewish community. Hersh accepted the $15,000 award from the Genesis Philanthropy Group on behalf of himself and Harvard University doctoral candidate Laura Royden, for their study on antisemitic attitudes across the generational and political spectrum.

“There are a lot of exciting developments in the social sciences to study issues of concern to the Jewish community,” he said. “Many scholars have ideas and skills to share. Partnerships with funders, partnerships rooted in shared values and mutual respect… are critical to infusing the Jewish community with new knowledge.”

On Monday night, a third awardee, Nik Kafka, was given the $100,000 Charles Bronfman Prize, an annual award given to a humanitarian younger than 50 whose work is rooted in Jewish values. The prize was founded by Bronfman’s children in his honor. Kafka, who is British, is the founder of Teach a Man to Fish, a nonprofit he launched in 2006 that works with educators in low-income countries to teach kids skills that will allow them to succeed economically and help their communities.

Because of pandemic-related cancellations in past years, the ceremony also honored the prize recipients in 2019 and 2021. The prize was not awarded in 2020.

“After 16 years of doing this work, I still feel this burning sense of injustice for the accidental birth that can deprive the world of millions of exceptional talents,” Kafka said in his speech, referring to children born in extreme poverty. “We have great environmental problems. We have so many social problems. We can’t afford to squander this talent.”

Speaking with eJewishPhilanthropy, he said he’s taken notice of how open American Jewish philanthropists can be regarding the way Jewish values drive their giving to nonsectarian causes. He believes that antisemitism in the United Kingdom may deter British Jewish philanthropists from trumpeting their Judaism in the same way. He called on Jewish funders to donate more to alleviate extreme poverty.

“Clearly, extreme poverty exists in other places in ways that it doesn’t, necessarily, within the Jewish community,” he told eJP. “I think we have so much to give. We have such a great reputation for our businessmen, and our scientists and the musical contributions, but actually, wouldn’t it be nice if the Jewish community were regarded as having a disproportionate impact not just on these areas but also on doing good in the world?”