An accessories company offers opportunities to donate and volunteer 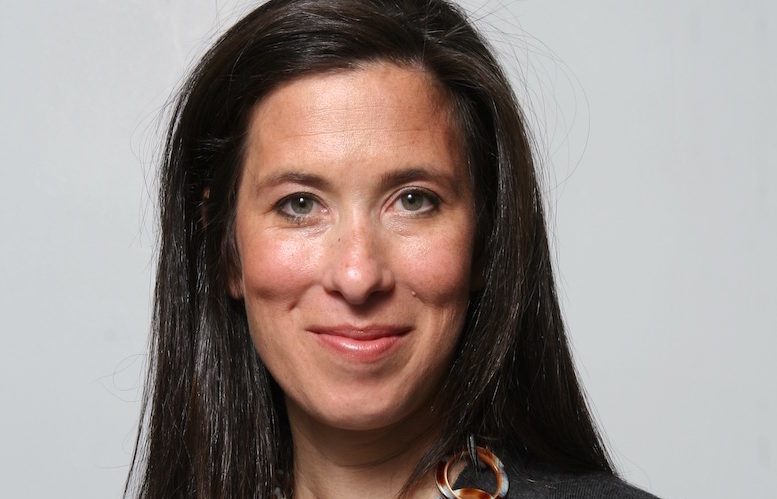 Fashionistas are forever reinventing themselves, yet for all their creative churn, the style mavens of the world usually confine themselves to working variations on the same stable of products, whether it’s jewelry, clothing or housewares. About 20 years ago, the clothing designer Elizabeth Faraut invented a new accessory: The “LA LOOP,” a patented necklace with a loop in its center that can be worn on its own, or as a stylish way to hold a pair of eye or sunglasses. The accessory has since become something of a cult product and has attracted an international community of vendors and customers who identify with and cherish it.

Faraut is also a philanthropist and activist, yet she kept her company separate from her service work until she realized that among that community there was unmet demand for service opportunities. Faraut spoke to eJewishPhilanthropy about the platform — LOOP in — she created to provide those opportunities, which has benefited struggling populations in L.A. such as homeless women and young people aging out of foster care, and the impact of the pandemic on volunteerism.

Helen Chernikoff: Did you always intend to go into business?

Elizabeth Faraut: It’s funny you ask, because my youngest child is graduating from high school next week and the middle one from college in June. This is what we talk about around the dinner table: “What do you want to be when you grow up?” A lot of that is that as a parent, I share my story, but when I was a child, to be truthful, I didn’t think too much about it. My memories are of my parents and watching them give back. My father was in business, but at his dinner table, we talked more about people who were serving other people and how we as a family could do that.

HC: What kind of service was your family involved in?

EL: When I was 11, we went on a family trip to Israel because my paternal grandfather supported an organization that built tennis centers. The idea was that you could make kids tennis players and enable them to make the world a better place through the sport and through conversation. We flew to Israel for the sole purpose of being part of opening these centers. I remember my parents saying, “This is something Grandpa Bob really believes in.” My parents were involved in our temple. And when it was Thanksgiving, there would be an extra seat for somebody who didn’t have a place to go.

HC: Why did you go into the fashion industry?

EL: Grandpa Bob’s wife, Grandma Dearie, passed away when I was 15. She was six feet tall. When she walked into a room, she just electrified it. I felt that even as a young child. And I lived from age 4 to 11 in France. My grandmother had this incredible grace and beauty, and then I saw it in the French women. That gave me the itch. How does that happen? It’s not about the clothes that you put on your back, or it’s not only about that. It’s about being bien dans sa peau, which means comfortable in one’s skin. That’s what leads to being able to walk into a room and have grace and elegance, and that’s been my North Star, creating products that stand the test of time, that aren’t a fad.

HC: If for so long you kept your service work and philanthropy separate, what made you bring them together?

EL: I thrive on connection, and over the last 20-plus years of building LA LOOP I’ve made connections with small business owners all over the world. I realized that those connections made me wake up every day and want to do it all over again, whether it was a business owner in Tokyo or Chicago. Name the city, they were really great people, and they wanted to do good — by their employees, their city, their family. But I kept hearing that it’s so hard to engage and to help people, and that they couldn’t figure out how to make it work. They knew what I did in terms of volunteering and giving and said they didn’t understand how I could do that in addition to LA LOOP. I started to think there was a need for me to make it easier for people to engage and to volunteer, so we set up a platform to make it easy for local store owners to do that. We would provide the information and connect them to the opportunity. Before LA LOOP I worked for big companies. October would come around and we would create pink products [for breast cancer awareness month] and donate a portion of sales, and there’s nothing wrong with that, but I wanted to go deeper. I wanted to give people an opportunity to see how good it feels to engage and help.

HC: And then the pandemic hit.

EL: We opened pre-COVID, but just by a week. There was no more in-person volunteering. So we viewed it as an opportunity to dig in and say look, there are still things you can do. People kept calling me in March and April in 2020, saying “Elizabeth, I want to help but I’m stuck at home.” So we devised a plan to bring people in virtually. It’s the same idea, it just didn’t happen in person. For example, I chair a 40-year-old organization, the Downtown Women’s Center, that helps women experiencing homelessness in L.A. It’s a big problem here. It’s very complicated, and I saw an opportunity to use LA LOOP to educate our customers and team members about an issue that is very prevalent here and everywhere. What causes homelessness — that’s an uncomfortable conversation to have. We started a campaign and called it “Unmasking Homelessness”; we tied it to our mask business. Over the course of four weeks, we put forward four myths about homelessness and debunked them. It enabled customers to sit around the dinner table with their children and have conversations about homelessness, which changes the game. We activated our constituents. We believe we can end homelessness. There is a way. That is super-exciting to me. And a percentage of proceeds of the sales of masks went to the center.

HC: Are you going to try to move forward with in-person volunteerism now that people are getting vaccinated and the world is opening up again?

EL: I’m very interested in what this new world is going to look like and what people’s appetite will be. I think it’s going to look different from our pre-COVID model. People have been impacted in a profound way. For example, we’ve set up a campaign to get books to kids in New York. Those are the kinds of efforts I’m thinking about right now. There’s another organization called Sense of Home, which helps youth who have aged out of the foster care system set up their apartment. If you volunteer with them in-person, you help them take something that looks like a cell and in two hours, there’s a lit candle and decorations and a bad with pillows … lamps and lights … it’s a home. So we invited customers to submit a sketch of themselves wearing their LA LOOP and post it to our Instagram, and for every sketch, we donated $25 worth of groceries. That allowed people last March and April to engage and help others even though they were at home.

HC: Can you tell us a bit about your Jewish life?

EL: I’m a visual person. Being Jewish is like a thread that goes through my entire chi [energy]. My flow is about my Jewish heritage. At our temple, we’ve had the same row — row T — for four generations. My daughter is 18, and when she was going to bar and bat mitzvahs, she would make her friends sit in row T. That’s who I am. I have parents and grandparents and great-grandparents on my mother’s side who were here in Los Angeles. Even when I lived in Paris and China, I was never far away from row T.