Zamir told eJewishPhilanthropy that he hopes to reach young people, particularly those who are Jewish. 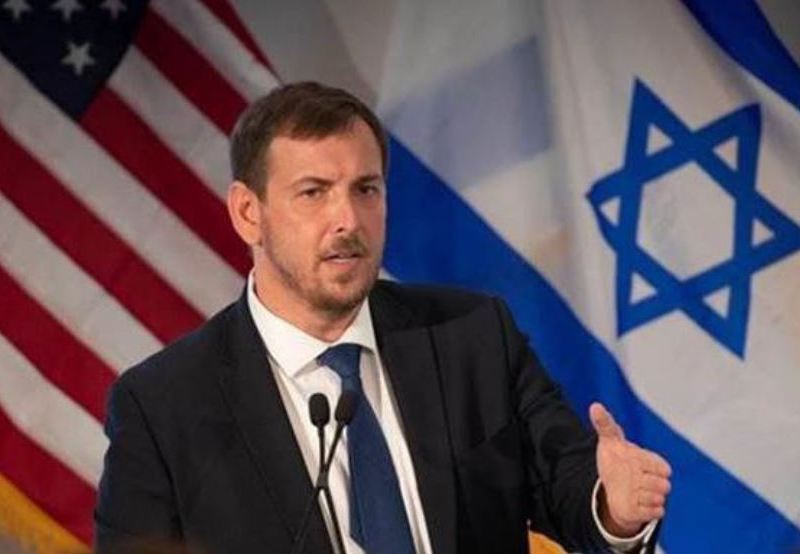 When he arrived in New York City  seven months ago, Israeli Consul General Asaf Zamir had a bumpy landing. He began the job solo, without his family. Then he and a dozen other consulate employees got COVID, all while he was enduring his first New York winter — literally and climatically a world away from his home city of Tel Aviv.

Now, Zamir has settled in — though he acknowledged that he still misses Tel Aviv’s fresh produce and his parents. Zamir, 41, spoke to eJewishPhilanthropy this week ahead of Sunday’s Celebrate Israel Parade, the first since 2019. The Jewish Community Relations Council of New York, the parade’s lead organizer, is expecting 40,000 people to march up Fifth Avenue amid floats and fanfare.

Zamir told eJP that he appreciates the American Jewish community’s lack of uniformity, especially when it comes to religious practice. “My favorite part of Jewish life here, which is different from Israel, is the pluralism [that] Judaism has in New York,” he said. “It comes in all shapes and sizes, and everything is equal, and everyone can define their way of being… That’s something I think Israel has a lot to learn from the Jewish community in America.”

Zamir became consul after serving in the Knesset for two years in now-Defense Minister Benny Gantz’s centrist Blue and White party, including a stint as tourism minister. His predecessor as consul general, Dani Dayan, prioritized engaging with a range of minority groups in New York, which Zamir said is important. But Zamir said he’s focused on making Israel’s case to young people, particularly young Jews.

Judging from the pitched battles of social media, the chances of convincing some young people to support Israel may seem increasingly slim. Zamir said his goal isn’t to outright win or lose a PR war, but to move the needle in Israel’s direction.

“It’s a daily struggle in which you win some and lose some,” he said. “The aim is to finish our term with more people understanding the importance of the relationship between Israel and the United States, and more people understanding the complexity of the Israeli story over in the Middle East and… shifting the balance from making it become worse every day to making it become better every day.”

Part of that campaign, he said, is advancing an expansive definition of what it means to support Israel — one that includes Jews who frequently criticize Israeli policy, as long as they still believe Israel should be a Jewish state. In that vein, this year’s parade will include a contingent of progressive marchers alongside the day schools and other pro-Israel groups that usually comprise the crowd, reported the New York Jewish Week.

“I think that there is room to broaden the tent of activists Israel works with,” he said. “And it should include people who sometimes also have criticism toward Israel, as long as we agree on the basic lines of Zionism — meaning there is room for the Jewish state in our homeland of Israel [and] Jewish people are entitled to self-determination.”

Zamir hopes the parade will be an impressive show of physical solidarity at a time of rising antisemitism, and will serve as  an opportunity for a wide spectrum of New York Jews to unite around the common denominator of supporting Israel, whatever shape that takes.

“The Jewish community in the United States is a very strong and very passionate community but in some cases also a divided community,” he said, adding that the parade can show that “when it comes to Israel generally, in general support of it, we’re all behind that idea.”