Adam Neumann on ‘WeCrashed’: ‘The result of the show was very positive for us.’ 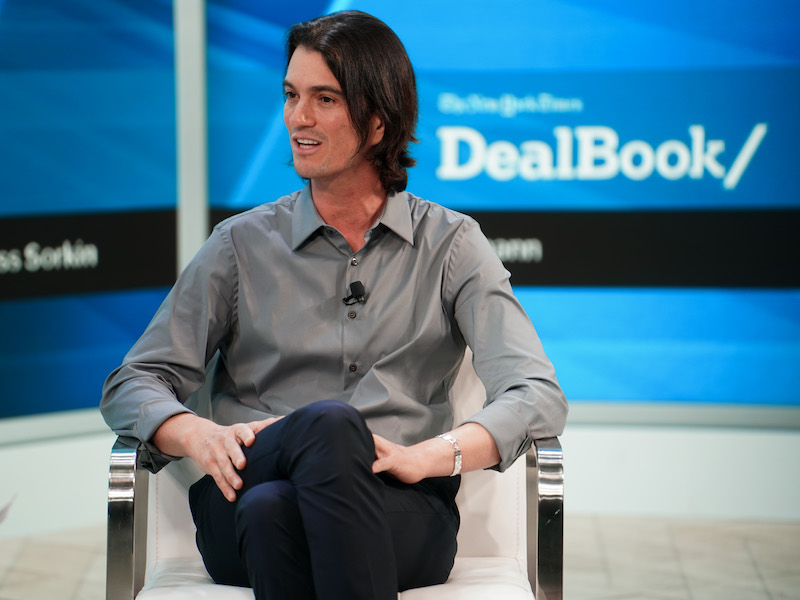 He wasn’t on the schedule, but WeWork co-founder Adam Neumann was the celebrity guest at the opening night of the Israeli-American Council’s National Summit, which lasts until Saturday night and has drawn an estimated 2,700 people to Austin, Texas. Neumann — whose rise and fall at WeWork was recently portrayed on Apple TV by Jared Leto — was at the conference to declare his ongoing devotion to Israel and to promote his new startup. He was interviewed by Israeli journalist Danny Kushmaro.

Neumann was characteristically colorful, describing a three-hour meeting with Leto (whom he called “kind of short, no?” in a Hebrew aside) after the actor sent him a series of inquiries. Neumann introduced Leto to his family, and said that Leto told him afterward, “I’m going to make you look like a rock star, but I also promise you — don’t watch the show.” Neumann claims never to have seen it, but said it boosted his career.

Before the show premiered “we had a lot of deal flow,” Neumann said. “After the show it was unstoppable. I’m not sure what the intention of the creators of the show was, but the result of the show was very positive for us.”

Neumann was ousted as CEO of WeWork in 2019 due to reports of reckless practices, nearly a decade after co-founding the company and growing it into a behemoth. He told the crowd that of the company’s eight original employees, five were friends of his from his time serving in the Israel Defense Forces. He claimed to have never obtained American citizenship.

Neumann said his family office invests in 49 companies, five of which had a presence at the IAC conference. His new startup, Flow, aims to reimagine the home rental market and made headlines after receiving a roughly $350 million investment from the venture capital firm Andreessen Horowitz. Neuman declined to give details about the startup.

The opening night, which followed half a day of breakout sessions, also included an interview of Israeli Diaspora Affairs Minister Amichai Chikli (more on that below); Minnesota Vikings owner Mark Wilf, who chairs the Jewish Agency for Israel’s board of governors; and former Israeli intelligence official Udi Levi. It also featured speeches by Noa Tishby, the actor, producer and Israeli government envoy to fight antisemitism; IAC CEO Shoham Nicolet, a video address by Israeli President Isaac Herzog and others.