Jews are called upon to support those who are suffering in real, tangible ways. Those who sat shiva in the time of the pandemic may remember the taste of homemade soup left on their doorstep by an anonymous chesed committee member, or the voices of nine other Jews, saying kaddish in a virtual minyan that we could not have conceptualized just a few months before. Our commandment to give wholeheartedly of ourselves to the bereaved in our community is so strong that some went to extraordinary lengths to fulfill as much of the mitzvah as they could. Like stones on a grave, each tiny act of chesed — each tiny, unsung act with no thought of reward — built on every other, until the sum was much more than the parts ever could have been. Through small and large acts of philanthropy, a time of isolation and collective mourning sparked moments of great beauty.

Parshat Shemini shows us just how much the Torah commands us to create these moments, by giving, selflessly, to every Jew who is bereaved, even when we may be tempted to shun them, even when they do not seem grateful. 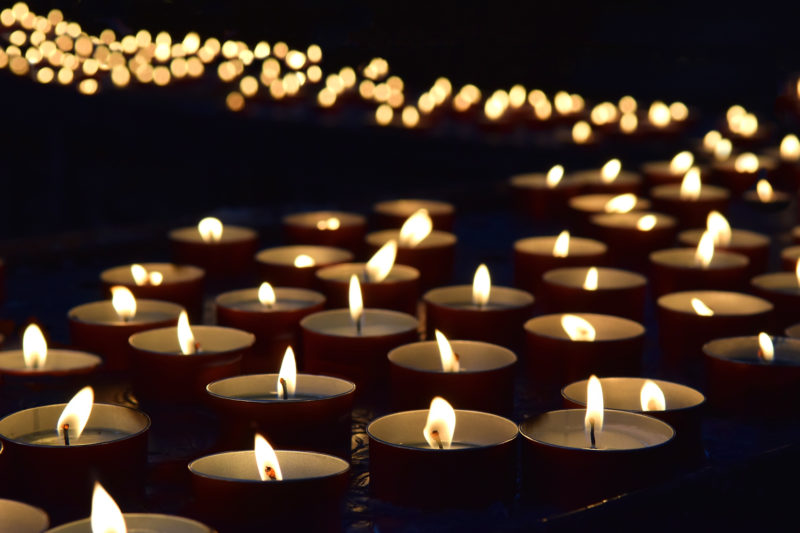 In Parshat Shemini, the Jewish community, led by the newly-anointed Kohanim, gather in the Tent of Assembly to offer a sacrifice and experience the spirit of God descend upon them. When the spirit does reveal itself, the entire people of Israel are overcome with joy and fall to their knees. Instead of kneeling, Aaron’s sons rush to offer their own “strange fire” to God. Their punishment is instantaneous: God strikes them dead and they fall to the ground.

There is debate around what this “strange fire” represents, but many sages believe that the two had good intentions. Perhaps they were punished for impulsively offering incense without their father and uncle’s instructions. We have all had the experience of giving gifts, money, or time with the best of intentions only to discover — horrified — that what we perceived as a selfless, even loving, act was received as offensive. Giving to others feels good; it has been shown to reduce feelings of depression and is even recommended as a partial cure for burnout. But giving without considering the needs of the receiver is counterproductive and can even cause harm. It’s difficult to reach for the humility that is needed to apologize when we meant so well but have still caused harm. And, yet, as we will see, we are not permitted to allow the fear of potentially offending others to keep us from giving.

Returning to the Torah, we are told that, faced with the death of his sons, “Aaron stood silent.” Imagine his horror. Just moments ago, he, the priesthood, and the rest of the community had been enjoying God’s great favor; now his sons have been struck dead. It is still not even clear what they have done wrong. Will the rest of the Jewish community now be held responsible for what his own sons have done? It’s possible; Moses tells Aaron, the bereaved father, that if he mourns his sons, the entire community will be punished: “Do not leave your heads unshorn and do not rend your garments that you not die and He become wrathful with the entire assembly.” During this terrible time in our history, how many times have we mourned a loss that seemed senseless, even arbitrary? What a heavy burden, to suffer such a loss and yet be forbidden to mourn.

Ramban says that, when Aaron’s sons died, Aaron wept first, and then he grew silent, only after Moses instructed him to do so. This sequence brings to mind a saying usually attributed to Rabbi Abraham Joshua Heschel; to paraphrase, there are three ways to mourn: with tears, with silence, and with song. When we support others in mourning Jewishly, we collectively cycle through all these modes of mourning.

We see this example in Shemini; immediately after ordering Aaron not to mourn, Moses orders the rest of the community to mourn fully and publicly: “your brethren the entire House of Israel shall bewail the conflagration that Hashem has ignited.” Aaron’s sons have transgressed and been punished by God. Aaron and his family are the only ones who have been personally bereaved during this incident. And yet, every single living Jew is commanded to share and reflect their pain, supporting them with the innumerable acts of service that transform private pain into a collective time of mourning. We are not permitted to stand silent in the face of weeping. We are commanded to step up and give.

We have seen this in action in our community’s response to the war in Ukraine. It has never been easier to bear silent witness to grief, signaling our sympathy with a click and then moving on to something else. Nevertheless, many have responded to the fear and grief we see on the faces of refugees and those under attack with money, time, and donations of food and clothing. This is how we move from tears, through silence, to singing: this is active chesed. By taking action — and by continuing to act — we turn tragedy to action, from concrete initiatives to fundraising drives that become whole new organizations.

Think of saying Kaddish itself, one whole long year of mourning. Nine other Jews help a person to fulfill the powerful mitzvah of mourning with the bereaved, not wailing, not standing silent, but magnifying and sanctifying the name of God in words that are spoken but as thrilling as any music. Through chesed, weeping and silence are transformed into song.

Marcella White Campbell holds a BA in English from Stanford University and an MA with honors from SFSU, where she focused on the memoirs of Jewish American women writers. She is a board member of Or Shalom Jewish Community. Most recently, she served as the executive director of Be’chol Lashon, a Jewish nonprofit dedicated to advocating for Jews of Color, and currently consults on branding, storytelling and leadership in diverse Jewish communal spaces.