BeWell hopes to bring together Jewish agencies and organizations to support the mental health of teens and young adults ages 12 to 26. 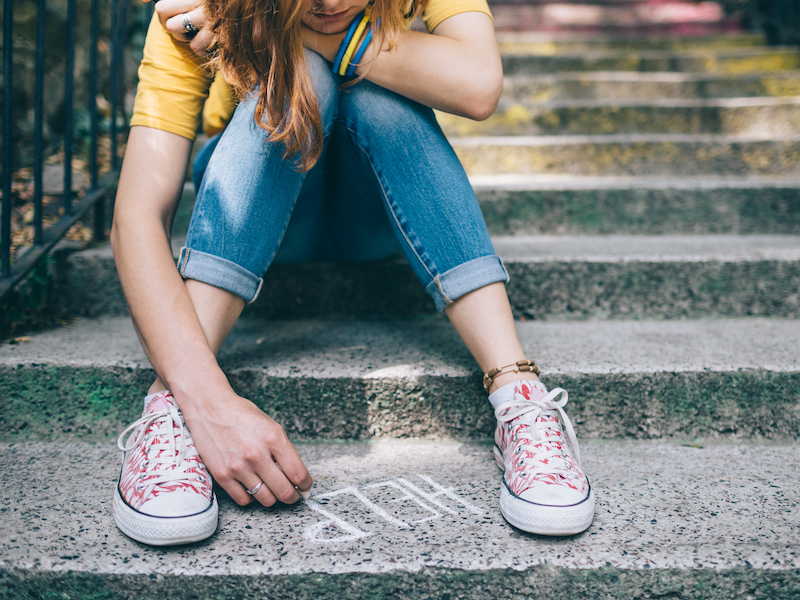 Like many of her friends, Diana Kloek, 17, takes a lot of high-pressure Advanced Placement classes at her high school. She knows life can be overwhelming, and her peers sometimes feel as if “they can’t handle [it] anymore,” she told eJewishPhilanthropy.

Kloek hopes to one day become a social worker. But five months ago, she found herself unable to support a peer as they struggled.

“I’m gonna fail this test,” her friend texted her. “I don’t know how to handle this. I can’t go to school anymore. This is gonna be the end all be all.”

“I just didn’t know how to help because I was so far away from her,” Kloek told eJP. “I wasn’t there to give her a hug and reassure her that it was OK. So I ended up having to be like, ‘You’ll do great.’ because it was starting to get overwhelming for me. She did end up freaking out that night. She didn’t do very well on the test, and she had to retake it.”

A few months later, Kloek attended Youth Mental Health First Aid, a training held at her local Jewish federation, Denver’s JewishColorado, that teaches teens how to intervene if a peer is experiencing a mental health crisis. The training ran in three sessions over four weeks from the end of March through April, as part of a pilot program of The Jewish Federations of North America (JFNA).

First launched in several cities around the United States, the initiative has gone national as BeWell, a $2.75 million well-being and mental health program looking to bring together Jewish agencies and organizations around the country to support the mental health of teens and young adults, ages 12 to 26. A partnership between JFNA and the Network of Jewish Human Service Agencies (NJHSA), the program  aims to provide support to Jewish schools, camps, youth groups, synagogues, JCCs and any other programs working to support youth, while breaking down barriers between them so they can work together to combat an overarching issue.

“The large Jewish organizations that support Jewish education and engagement, and even the Jewish mental health agencies, were not talking to each other about what they were doing to address youth mental health,” Reuben Rotman, president and CEO of NJHSA, told eJP. “And many of them were rushing off to buy curriculum off the shelves or hire trainers that they learned about.” Because of the lack of coordination, he said, some of the training was “a little redundant.”

Much of the BeWell initiative is about empowering young people to help each other. The Youth Mental First Aid Training taught Kloek and her peers how to intervene if they see someone suffering from anxiety, depression or panic attacks. It taught them how to actively listen to an individual who is struggling and how to connect them with resources. The training doesn’t shy away from tough subjects: Students were taught not to avoid talking about suicide because, the training teaches, you can’t put the idea to attempt it into someone’s head. Instead they learned how to discuss the topic in a way that would support others who may be contemplating it. They were also taught how to provide assistance if they witness an overdose. Kloek said the program was “very urgent” because mental health “has been an issue that has been neglected for many years.”

“Teens today are very proactive. They want to be at the forefront and [be] the people to stand up and change the world,” Feiger told eJP. “They’ve had conversations with friends and family that they never would have had before doing the training.”

Research shows that mental health issues among teens have escalated during the pandemic. In March, the Centers for Disease Control and Prevention published a study showing that 44% of teens felt “persistently sad or hopeless,” up from 37% before the pandemic. That same study reported that 14% of teens had contemplated suicide. That number rose to nearly 50% for gay, lesbian and bisexual teens.

The BeWell initiative also aims to form Resiliency Roundtables within local communities, which would bring together federations, community organizations, Jewish human service agencies and community members to discuss how to best support their youth. The roundtables would then implement evidence-based and other practices such as mindfulness techniques and a variety of therapeutic techniques.

The pilot programs tested out that model across more than 1,000 participants, and hopes to expand it nationwide — organizing in-person and virtual peer-to-peer trainings, along with sessions for professionals and parents. BeWell also offers organizational consulting services, resiliency-building programs, and grant funding, and directs people to teen-to-teen mental health text-messaging support lines, virtual guided meditations and other resources to promote well-being.

In the past, several federations scrambled to invest in hiring dedicated child and adolescent therapists only after a suicide occurred in the community, said Rotman. He hopes BeWell will allow communities to be proactive, and not “wait for suicide.” The strength of the local Resilience Roundtables, he added, is that members will work together to recognize their communities’ specific needs.

“What are they seeing with kids and families?” he said. “What needs are being identified? What mental health and wellness challenges exist? …The plans in one community may not necessarily work for another community. Every community is very different. Every agency has its strengths and its challenges.”

Soon after the training she attended, Diana Kloek was in school, taking a break during AP testing season, when she saw a peer alone in the corner of the room and on the edge of a panic attack. Kloek didn’t shy away from helping. She told her peer she was there for them and asked if she could get them some cold water. She asked if they wanted to talk to somebody, and directed them to the school’s crisis resource center.

“I know how to handle this,” she said she realized. While in the past, she would have been too nervous to intervene, she said, “Now I was able to help this person. And they did great on their AP test, and so did I, and it just helped everyone in the long run.”