The question that is raised is whether the 7.5 million American Jewish population estimate from the Pew study is correct. Does it only count people who “should” be counted as Jews?

The headline of this piece could easily be, “According to the recently released volume of the American Jewish Year Book, the Jewish population of the U.S. stands at 23.” That’s because 1654 is the last time we had an accurate count of American Jews, when 23 Brazilian Jews first landed on these shores. (Unlike the U.S. government today which does not ask religion on the decennial census, the Dutch colonial government in New Amsterdam [now New York] did!) We agree with our friend and colleague Professor Sergio DellaPergola that, for the most part, in generations past, being Jewish was a binary designation: you either were Jewish or were not Jewish. 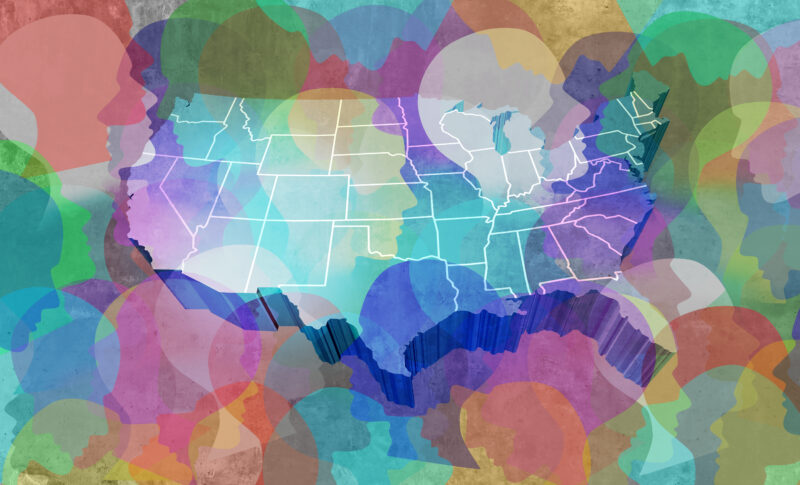 The question that is raised is whether the 7.5 million American Jewish population estimate from the Pew study is correct. Does it only count people who “should” be counted as Jews? By the way, the Pew study excluded people of Jewish background (PJBs) who do not consider themselves Jewish in any way and [those in]the Jewish Affinity group (JAs) who describe themselves as Jewish or partially Jewish but did not have a Jewish parent and were not raised Jewish. Professor DellaPergola opines that Pew included too many people who are really not Jewish and suggests a U.S. Jewish population of only 6 million. This is despite the fact that all respondents to the Pew survey answered a question affirmatively about being either religiously or ethnically Jewish. This is also despite the fact that the vast, vast majority of the Pew respondents are exhibiting Jewish behaviors, even if only minimally.

The Pew Study Makes a Convincing Case that the Jewish population is 7.5 million

The 4,718 respondents to the 2020 Pew Research Center study (Jewish Americans in 2020) were considered qualified to participate in the Pew 2020 survey (and therefore to be counted as Jewish) either because they answered “Jewish or Judaism” to the question What is your religion, if any? OR because they answered in the affirmative to: Do you consider yourself Jewish in some other way (such as ethnically, culturally, or because of your family background)?

The first question qualified a respondent as a Jew by religion; the second question, as a Jew of no religion. We agree with Professor DellaPergola that the phrase because of your family background is problematic. One could say yes to the second question by, for example, having only one Jewish great grandparent, or even knowing that you have distant relatives who were crypto-Jews.

But let us examine the results.

For religious connections, 86% of the 4,718 Pew respondents (95% of Jews by religion and 55% of Jews of no religion)  responded that they do at least one of the following:

Donate to a Jewish organization in the past year, attend synagogue services at least a few times per year, have synagogue membership, keep kosher, attended a seder last Passover, fasted on Yom Kippur last year, often or sometimes mark Shabbat in a way that is meaningful to you, often or sometimes participate in activities or services with Chabad.

For ethnic/cultural connections, 45% of the 4,718 Pew respondents (54% of Jews by religion and 19% of Jews of no religion) often or sometimes do at least one of the following:

Now, if we examine just the 14% of respondents who were negative on all the religious and cultural/ethnic connections (the respondents that some might feel should not be counted):

Thus, we would argue that many, many of the 14% who qualified as “Pew Jews,” but are not involved in either the religious connections or the ethnic cultural connections above, should be counted as Jewish. Our conclusion from the above analysis is that while Pew did interview some people whose Jewish identity is far from a significant portion of their lives, they are nevertheless Jewish.

Furthermore, given what we know about the proclivity of American Jews to exhibit varying levels of Jewish involvement during different phases of their lifecycles, many of the 14% have probably participated, or will in the future participate, in more Jewish activities during other portions of their lives.

We also put credence in the Pew population estimate of 7.5 million Jews for another reason. Two additional methodologies have recently produced estimates of the number of US Jews and are in general agreement with Pew:

Although there are three recent estimates of the number of US Jews, all using different methodologies, each with their own significant shortcomings, all three methods yield relatively comparable estimates.

Thus, our confidence that the number of American Jews is about 7.5 million is supported by an analysis of the Pew data itself and the fact that two other methodologies produce pretty much the same result.

How do we explain the increase from the estimate of about 6.0 million Jews that was used for years to 7.5 million? We believe there are two main reasons. First, due to changes in communication technologies, survey research, the vast majority of which was done on the telephone in the past, is now done via mailing invitations to go online to an internet survey. It could be that a somewhat larger percentage of Jews is willing to respond using the internet. Second, and probably more important, is that the Pew 2020 data reveal that we now have 750,000 Jews who are either Jews from the Former Soviet Union (FSU) or the adult children of FSU Jews. Given these considerations, we accept the Pew estimate of 7.5 milliion as the most reliable and valid.

Ira M. Sheskin, Ph.D., is professor of geography and sustainable development and director of the Jewish demography project, Sue and Leonard Miller Center for Contemporary Judaic Studies, University of Miami, Coral Gables, Fla. His main research interest is in the geography and demography of American Jews and he is co-editor of the American Jewish Year Book.

Arnold Dashefsky, Ph.D., is Doris and Simon Konover Chair of Judaic Studies and professor of sociology emeritus, University of Connecticut-Storrs and director emeritus and senior academic consultant, Berman Jewish DataBank and is co-editor of the American Jewish Year Book.