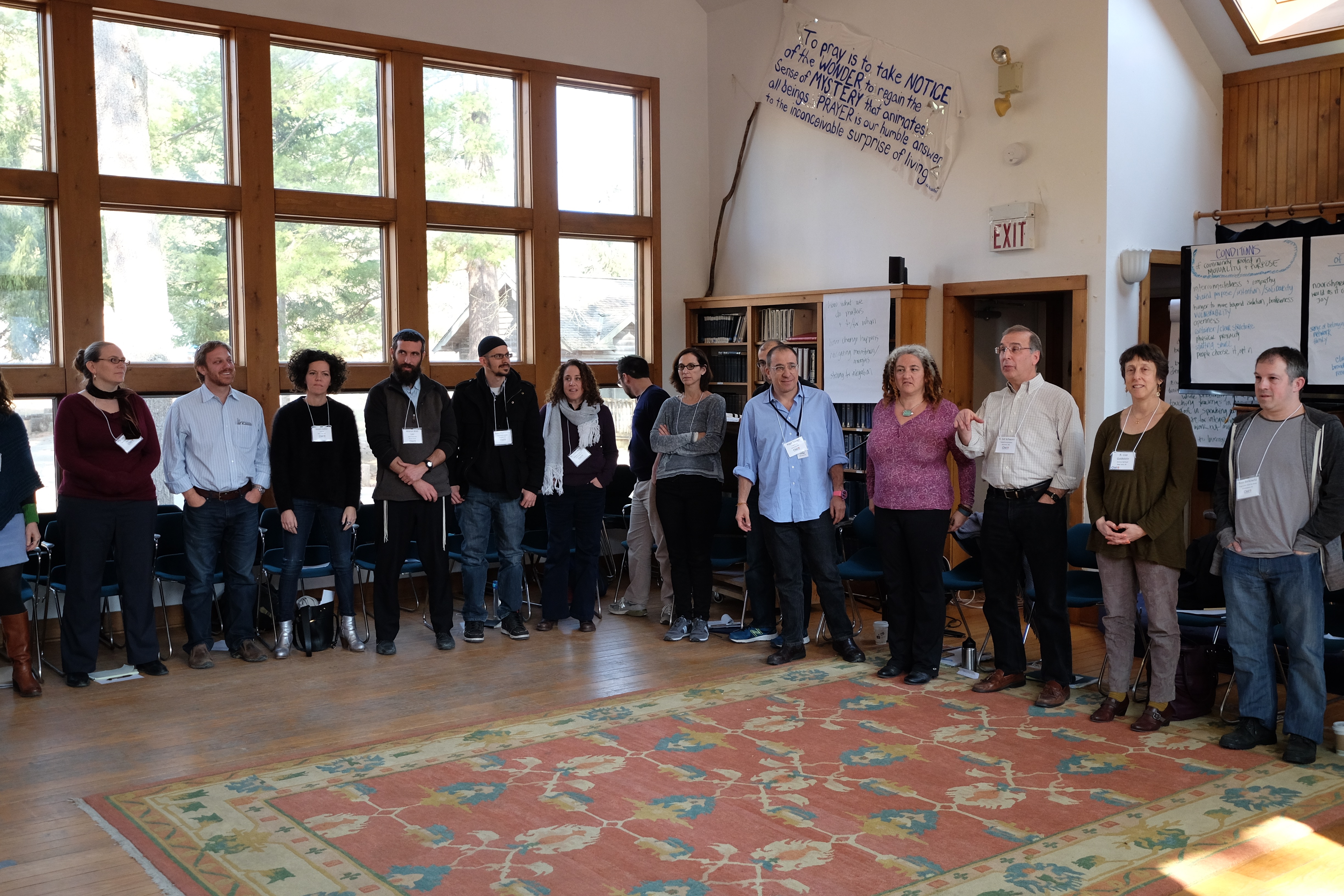 During the first week of March some 60 people gathered under the aegis of a new national initiative called the New Paradigm Spiritual Communities Initiative (NPSCI). NPSCI is sponsored by Clal: The National Jewish Center for Learning and Leadership as part of its mission to make Jewish into a public good. Funded by the William Davidson Foundation, NPSCI is co-sponsored by Bend the Arc, Hazon, the Institute for Jewish Spirituality and Mechon Hadar.

The gathering was anything but conventional. In fact, the invited participants were given only the barest of details about what would transpire. We called it a “Consultation” and, once convened, we used the language of a “conversation for possibility.” For over a year we developed a data base of individuals who were leading initiatives that might represent a new model for Jewish spiritual communities in America. In our invitation letter to a sub-set of that database, we indicated that we wanted to explore what might be a significant new phenomenon in American Jewish life. The Consultation was designed to better understand what this phenomenon looked like. Clearly, what attracted the invited participants was the interest in meeting other, like minded innovators, social entrepreneurs and “creatives” working in the Jewish space.

The significance of this first gathering cannot be underestimated. For generations, Jews have thought of synagogues as the institution that nurtured their religious and spiritual lives. But as growing percentages of people describe themselves as “spiritual but not religious,” synagogues that do not nourish souls are suffering from a loss of relevance and declining membership numbers. This is happening at a time when trends in American society (e.g. effects of internet culture, the erosion of social capital, partisanship replacing the “public square”), are making the need for spiritual community greater than ever before.

What the sectors have in common is that they utilize a particular idiom unique to contemporary American culture that attracts other Jews with similar interests. The richness of the Jewish heritage is literally being re-invented in our time by the way in which Jewish wisdom is being applied to the challenges that confront our world today. If properly nurtured and encouraged, these “communities of meaning” can form the nucleus of an American Jewish renaissance.

Our working definition for new paradigm spiritual communities are groups that use the wisdom and practice of Judaism (chochma), to help people live lives of sacred purpose (kedusha) and inspire people to contribute to a more just and peaceful world (tzedek). The context for this work are covenantal communities (kehillot) in which a group of people intentionally enter into a mutual obligatory relationship, commit to a common mission and give of their time and psychic energy to support the viability of the group and the material and spiritual needs of the members of the group. What we discovered at our inaugural Consultation was that despite the wide variety of Jewish groups that we convened, the vast majority resonated to the definition of spiritual community that we proposed. Some are already doing awesome work integrating the elements of chochma, kedusha, tzedek and kehilla. Others saw that integration as aspirational. The “conversation for possibility” opened up a door for us to imagine how this emerging phenomenon could be advanced and supported.

The New Paradigm Spiritual Communities Initiative (NPSCI) will be creating forums where the people leading contemporary efforts to re-define Jewish life and community for themselves can come together, learn from each other and be supported in their efforts to create communities of meaning. NPSCI will gather together individuals whose work and/or thinking can advance an understanding of this phenomenon from many different sectors of the Jewish world. Participants will benefit from seeing their particular endeavors in the context of a changing socio-political landscape and a rapidly changing Jewish community. There will also be participation from significant thinkers and practitioners beyond the Jewish world that will enrich and broaden our conversation.

In the course of the next year NPSCI will be engaged in several efforts. First, we have engaged Dr. Tobin Belzer, a leading sociologist based at the Center for Religion and Civic Culture at the University of Southern California, to do a study of the new paradigm spiritual community phenomenon in the Jewish community. Second, we will be sponsoring a weekly blog on new paradigm spiritual communities which will appear every Monday on our website, www.npsci.org. We hope to be a catalyst for a broad range conversation among those interested in the phenomenon to comment on the weekly blog. Anyone can subscribe by going to the website’s Home Page. Third, we intend to convene on a regular basis the individuals driving the phenomenon to network with each other, to identify best practices and to upgrade organizational capacity.

While many of the new paradigm spiritual communities are being created outside of the walls of American synagogues, we believe that synagogues that care about being relevant and compelling to Next Gen Jews will benefit greatly from participating in this effort as well. We welcome all those who want to learn and who have something to teach.

Rabbi Sid Schwarz is the director of the New Paradigm Spiritual Communities Initiative. A senior fellow at Clal, he is the author of Jewish Megatrends: Charting the Course of the American Jewish Community, Judaism and Justice: The Jewish Passion to Repair the World and Finding a Spiritual Home: How a New Generation of Jews can Transform the American Synagogue, all published by Jewish Lights.