Zionism is our positive psychology

Zionism, being the ultimate opposite of victimhood, offered the Jews the benefits of “learned optimism,” the inspiration that comes from finding sources of energy and hope in the darker recesses of our suffering; the metamorphosis of despair into light, and the transformation of anguish into strength.

Seligman observed laboratory animals that were subjected to random, unavoidable mild electric shocks. Understanding that whatever they did, regardless of how hard they tried to escape, they were going to be shocked, these animals cowered in lethargy and apathy, simply waiting for the next blow, convinced that there was nothing they could do to avoid it. 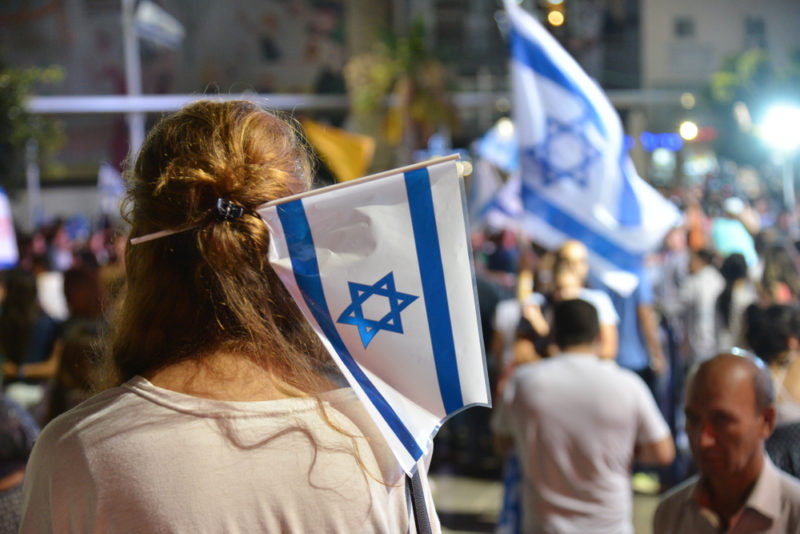 Jews could have become the ultimate example of learned helplessness. Throughout our long exile, it seemed that it didn’t matter what we did, how well we behaved, how law-abiding we were; our host societies eventually turned on us. Even regimes that seemed to promise equality and freedom ended up discriminating against us. In the 19 century, for example, many thought that the emancipation of the Jews would bring an end to anti-Jewish bigotry. The opposite was true: Despite being loyal Germans, French or Americans, Jews remained the object of suspicion if not outright violence. While the world was celebrating the advent of an era of reason and progress, the Jews of Russia were being slaughtered in pogroms, just because it was politically expedient for a beleaguered czar.

A people that drinks the brackish waters of arbitrary persecution and hatred, would have been justified in developing a “victim mentality” and yet, Zionism became the exact opposite. In fact, Zionism, the Jewish national liberation movement, is an example of another key concept developed by Seligman: Learned Optimism. If one can learn helplessness, proposed Seligman, one can also learn optimism.

Many know Theodor Herzl’s The Jewish State, the seminal book articulating the Zionist dream, but fewer know an even more revolutionary work by Leon Pinsker called “Auto-Emancipation.” Writing a year after the pogroms of 1881, Pinsker observed: “[You learned to] shut your eyes and hide your head like an ostrich — you realize there is to be no lasting peace” but only “fleeting intervals of relaxation” in which “we offer only palliatives.”

Pinsker went on to describe the depth of our learned helplessness:

When we are ill-used, robbed, plundered and dishonored, we dare not defend ourselves, and, worse still, we take it almost as a matter of course. When our face is slapped, we soothe our burning cheek. with cold water; and when a bloody wound has been inflicted, we apply a bandage. When we are turned out of the house which we ourselves built, we beg humbly for mercy, and when we fail to reach the heart of our oppressor we move on in search of another exile.

But to that feeling, Pinsker gave us the remedy: to emancipate ourselves by refusing to adopt a victim mentality, by rebelling against our helplessness. And so it was: One of the key messages of Zionism is that Jews are not going to cry over the persecution they suffered but take their destiny into their own hands. To the despair of the victim, they’d offer the hope that comes from taking responsibility and recovering agency. Not in vain were two of the first Zionist colonies named Mikve Israel (The Hope of Israel) and Petach Tikvah (The Gates of Hope) and the Zionist anthem called Hatikvah (The Hope). Pinsker opened his book with the quote of Hillel the Elder “If I’m not for myself who will be, and if not now, when?” And that became the war-cry of Zionism, the antidote against the poisonous drops of despair that the world kept feeding us.

Even after the Holocaust, when Jews would have been justified in cowering in the gloomy comfort of victimhood, they didn’t, instead putting their energies into building a modern and democratic state. Both Pinsker and Seligman understood that there’s a connection between the words “lehachlim” (to heal) and “chalom” (to dream): Only by having aspirational goals and working towards them with all our might can we escape the trap of helplessness and self-pity. That’s what Zionism did and what Israel represents today: the hopes of those who decided to escape the vicious circle of self-pity.

That’s why Israel is such an inspiration for all those, Jews and non-Jews, who realize the enormous significance of its existence. I know Israel contributes a lot to the world, in science, medicine, technology, art, and even cuisine (Haven’t you seen how seemingly every self-respecting restaurant in the world copies Eyal Shani’s roasted cauliflower?). But Israel’s greatest contribution is its very existence, as a permanent reminder of what a people can achieve when it breaks the chains of learned helplessness.

This message is more important than ever today when we seem to be living in a golden era of victimhood. A victim has moral impunity because if I’m not in control of my life, I can’t be subject to any moral judgment. To a victim, everything is permitted, and nothing can be reproached; their suffering is a never-expiring get-out-of-jail-free card that prevents them from taking responsibility for their own actions. Victimhood is addictive because a life of license and irresponsibility is a life without hard moral choices, a life in which my basest instincts can be covered by an unassailable coat of righteousness.

What is “identity politics” but a competition of victimhood, a disquisition about who was wronged more and deserves more sympathy? While certain elements of what today is called “privilege” are objectively true, it’s never useful or constructive to divide the world cleanly between “privileged” and “victims.” In today’s world, even the most powerful characterize themselves as victims. What is more ludicrous than an American president, who has the power to convert the earth into interstellar dust at the mere push of a button, portraying himself a victim (of the media, of sordid conspiracies, of Congress, of the FBI, of his own appointees)? How can Vladimir Putin, leader of one of the largest countries in the world, portray himself as a victim of Ukraine? Even Britain, which once had the biggest empire the world has ever known, debated Brexit as if it were a victim.

Closer to home, Palestinian hardship is real, but it has been made much worse by a permanent attitude of victimhood in which, to listen to Palestinian leaders, nothing that happens to Palestinians is ever their own responsibility. This attitude has been used to try to legitimize unspeakable crimes, like suicide bombings or rocket fire at civilians, but it has also gotten Palestinian society stuck in a cycle of despair.

Zionism, being the ultimate opposite of victimhood, offered the Jews the benefits of “learned optimism,” the inspiration that comes from finding sources of energy and hope in the darker recesses of our suffering; the metamorphosis of despair into light, and the transformation of anguish into strength. Because of that, Israel — despite everything, because of everything — is a permanent beacon of hope, for all that choose to bask in its light.