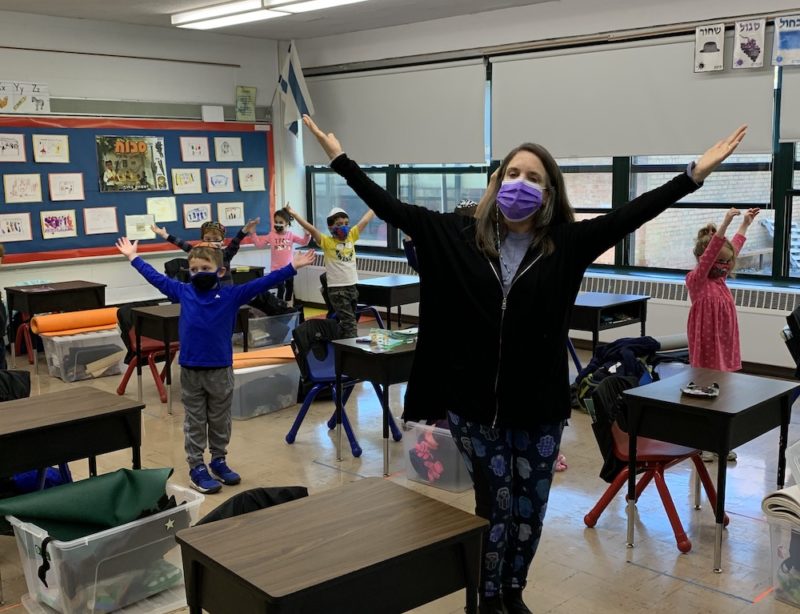 Even as the United States reports more than 500,000 coronavirus deaths, the number of cases is falling sharply. A group of philanthropies that has helped to buoy Jewish organizations during the pandemic believes that now is the time to start thinking about what post-pandemic Jewish life will look like — and they’re willing to put up to $10 million behind big ideas.

Among the biggest donors in the Jewish community, the five funders — the Jim Joseph Foundation, the Maimonides Fund, The Paul E. Singer Foundation, the Charles and Lynn Schusterman Family Philanthropies and the Jack, Joseph, and Morton Mandel Foundation  — backed the Jewish Community Response and Impact Fund (JCRIF), which was created in the early days of the pandemic to protect Jewish institutions. JCRIF’s emergency funding — called the “Aligned Grant Program” — will continue for a second year, but there’s also a new program: “Reset Grants,” which will fund efforts to reimagine Jewish life, said Felicia Herman, JCRIF’s director.

“The pandemic has both created new challenges and opened up new opportunities,” Herman said. “We’re hoping these grants encourage people to draw on the lessons of the last few months.”

JCRIF is launching the Reset Grants initiative by putting out a request for proposals that will transform Jewish life in three categories: Jewish education, Israel education and leadership development. Applicants can apply for up to $10 million to be paid out over up to five years. Letters of intent are due March 26, and the final proposals are due May 28.

The donors are interested in creating new structures, in tweaking existing institutions and in replicating successful programs. While local pilot programs are acceptable, JCRIF is backing fund initiatives that are national in scope and that prioritize collaboration.

JCRIF is not disclosing whether there is a limit to the total amount of funds available for the Reset program, nor is it disclosing how much funding is available for the remainder of the Aligned Grant Program, which continues last year’s grantmaking for emergencies and pandemic-related innovations. JCRIF’s first iteration, announced in April, offered $91 million — about $20 million for the Aligned Grant Program, and the rest in no-interest loans.

Most of the loans in the first round went to organizations like camps and JCCs that lost revenue due to the pandemic, Herman said. Of the grants, about half supported adaptations to pandemic conditions, like lockdowns, while a third supported immediate emergency needs, and the rest went toward helping make other, broader changes. Now the reset program will focus on the last category.

Professor Laurie Paarlberg, who researches community foundations at the Lilly Family School of Philanthropy, said she has heard chatter among donors about starting to think about post-pandemic life, but that the new initiative is the first she’s seen that talk implemented.

“We need to be resilient,”  she said, “and I think this is where the reset comes in. This pandemic has highlighted a lot of vulnerability in our communities.”

The foundations making the reset grants were also motivated by a feeling that many Jewish institutions were struggling even before the pandemic, said Jay Sanderson, CEO of the Jewish Federation of Greater Los Angeles, who had input into the program.

In the past, the quest for ambitious ideas has sometimes had the result of boosting only big organizations, as they are the ones who have been best equipped to think and act on a grand scale, Paarlberg said.

“What are the mechanisms to serve traditionally marginalized communities, to build capacity there?” she asked.

Herman said the program wants smaller organizations to apply, and that JCRIF might provide additional support, such as consulting, for groups who are trying to think big.

“Big ideas don’t have to come from big organizations, or cost a lot of money,” she said.

The current situation has some similarities to the 1930s, said University of Pennsylvania Professor Beth Wenger, a historian who wrote New York Jews and the Great Depression: Uncertain Promise.

“There was a lot of doubt,” she said. “Jews didn’t know if their children would be able to succeed because there were no jobs. There was rising anti-Semitism. There was this feeling of crisis: Will our institutions survive this?”