Just before the pandemic began I learned about the work of the Starfish Institute and the concept of keystone species. I was participating in a workshop convened by Leading Edge, an organization focused on influencing and inspiring dramatic change in how Jewish organizations attract, develop, and retain top talent. Leading Edge had begun focusing on overcoming the challenges facing the Jewish communal world in attracting, engaging and nurturing women CEOs. They engaged the Starfish Institute, a nonprofit consulting organization that tackles complex social problems by identifying and addressing a small number of factors so highly interrelated to other challenges that focusing on them produces progress. In biology a keystone species is one with a disproportionately large effect in the whole natural environment of which it is part. Examples include snowshoe hares in Canadian forest, elephants in African savannahs, saguaro cacti in deserts… and starfish in coastal areas. Hence the name of the institute.

Having lived in Vancouver for almost a dozen years I have a visceral attachment to starfish. We never boarded a ferry or spent time at the seashore without spotting the magnificent species of starfish there. In vivid hues of purple or orange, they had so many more arms than the iconic image I had previously been aware of. On one family vacation on BC’s beautiful Sunshine Coast, our kids played for hours in the tide pools. They named a six-pointed starfish they found “David” and that still comes up in family conversation on occasion.) 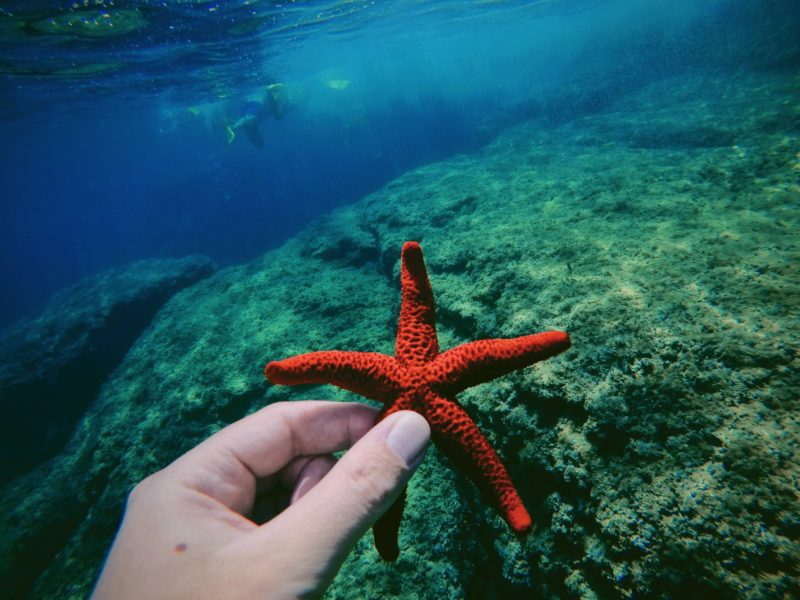 It turns out that starfish are a bellwether of complex coastal ecosystems. They are so highly interrelated to other species, as both predator and prey, particularly in relation to mussels, that what happens to them is highly indicative of the health of the whole ecosystem. Address the factors affecting their sustainability and health, and the rest of the ecosystem fares better.

The Starfish Institute grew out of an effort called “100,000 in 10” – a multi-faceted initiative to increase the number of STEM educators in American schools. They developed a methodology rooted in the “wisdom of the crowds” to get input from many people about the biggest causes of a large and complex social problem, and how those causes were related to other factors. By mapping the frequency with which specific issues were identified and connected to others, they could generate a graphic map that showed which few factors were highly correlated with a disproportionately high number of others. Those are the keystone factors.

Several of these factors, naturally, are interrelated. What is most important, though, is that behind these five factors are another 80 or more that would be significantly affected if these things changed. It is easy in the face of a complex social issue to feel like you can’t move the needle. But if you can breakdown that knot of interconnected challenges and narrow your focus to five things, you’ve got a much better chance.

The last item was interesting to me. In our highly polarized time identity politics are a complicated piece of the puzzle. I am, on the one hand, genuinely and deeply concerned about structural racism, and for that matter, structural biases related to religion and gender identity. At the same time, I’ve grown increasingly concerned that looking at everything through the lens of identity politics creates real barriers to change. They can result in pitting groups in society against one another, as opposed to focusing on those things that lift all boats. We need structural and systemic change to overcome biases, barriers, and disadvantages that are hard-wired into our public and commercial systems. I believe we also need the goodwill and cooperation of at least some, if not most of those whose behavior we need to change.

Having recently conducted interviews with more than 35 CEOs of Jewish communal organizations it was striking to hear how many attributed their becoming a CEO to having been mentored by a CEO for whom they worked. Their CEO had championed their leadership growth, given them learning opportunities, raised their visibility with board leadership, and coached them along the way. If most current CEOs of our larger communal organizations – the organizations with the greatest status and clout – are led today by men, and if we hope to change that balance, we need more male CEOs to champion the growth, development and advancement of women who work for them.

As a man who has served in executive roles in local and national communal organizations, I have tried to be that kind of ally. When I saw women I believed had executive leadership potential I worked to support their growth and development toward that outcome. At the national level I was proactive in encouraging talented women in our Federation field to go after CEO positions, or to step up to positions in larger organizations if there was an opportunity.

And here, I think, is where you see the keystone concept at play. What happens if male CEOs actively champion, mentor and support women colleagues towards CEO roles?

We have no reason to believe that raw leadership talent is unevenly distributed in society by virtue of gender, or race or any other identity factor. I learned long ago from an Israeli colleague working to close social gaps in the periphery, that youth were not lacking equality of ability; they lacked equality of opportunity. As a community, we miss out when those with raw leadership talent don’t get identified and nurtured into top leadership roles.

I don’t write this as someone who feels that I stole someone else’s opportunities. I have enough confidence in my own abilities and track record. But I also recognize I had advantages not everyone else had. I can do my part by leveling the playing field for those who will come after.  I hope others will too.

Mark Gurvis is founder and principal of Community Network Consulting, LLC and former executive vice president of The Jewish Federations of North America.