What to expect at the upcoming Jewish Funders Network conference

When asked what they expect to talk about in the hallways, attendees focused on two words: “Ukraine” and “COVID.” 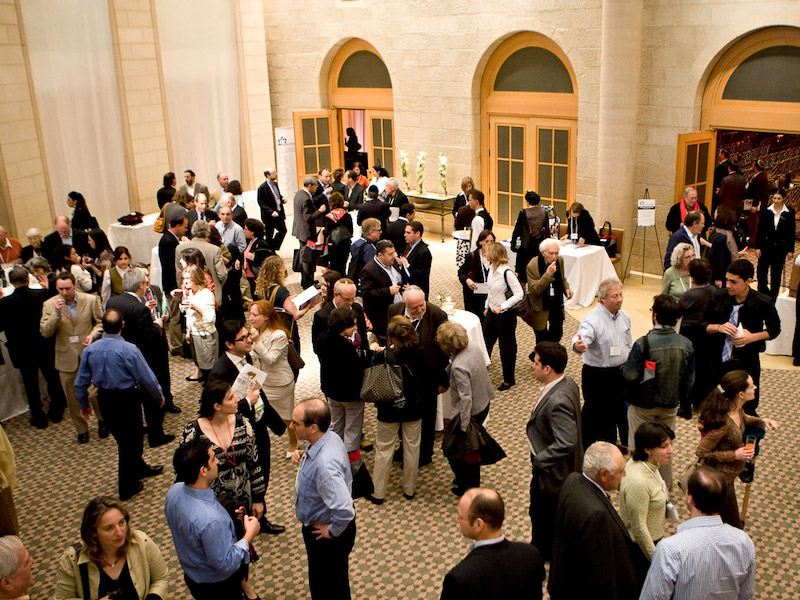 The agenda of the upcoming Jewish Funders Network conference, which runs from Sunday to Tuesday, covers a slew of issues affecting global Jewry — everything from rising antisemitism to Israel-Diaspora relations to climate change. But when asked what they expect to talk about in the hallways, attendees who spoke with eJewishPhilanthropy focused on two words: “Ukraine” and “COVID.”

“Part of it’s going to be Ukraine,” said Mark Charendoff, president of the Maimonides Fund, when asked about the biggest issues facing the conference and its 500 attendees. He added that for philanthropists, a common thread runs through the war and the pandemic: “For funders who like to be strategic… to what extent do you allow an emergency to change your strategy? It’s been two years of emergency funding, whether it’s social services, whether it’s Jewish institutions because of COVID, Israel and now Ukraine. So it’s not just how much of our energy and resources should go into what seemed like immeasurable needs… [it’s] how do you prioritize?”

The burning question about Ukraine, said Idana Goldberg, the new CEO of the Russell Berrie Foundation, is what to do now that Jewish groups have already committed vast sums of aid to the region. “There is so much money right now, it feels like, going toward Ukraine, both on the ground in Ukraine, to border countries to address the refugees and aliyah to Israel. And I think there’s a real thirst to understand what others are doing, and what can we be doing together, to rationalize, perhaps, or to coordinate efforts in a meaningful way,” she said.

One attendee, who wished to remain anonymous to discuss a sensitive issue, said to expect chatter about the Genesis Philanthropy Group — and its three Russian Jewish co-founders who were sanctioned and recently resigned from its board. “I think this whole Russian oligarch thing is a crazy story, and I think it’s going to consume people in the quiet conversations,” the attendee said. “GPG is one of the biggest foundations funding Jewish life, and overnight it became kind of uncertain.”

The first thing attendees mentioned about COVID was how excited they were to be off Zoom: “Are we going to recognize each other from the neck down?” Goldberg quipped. JFN’s president and CEO, Andres Spokoiny, compared meeting in person after two years of virtual meeting to “jumping for the first time into the swimming pool. You’re going to enjoy it eventually, but the first step is going to be hard.”

Funders also said they need to figure out how to internalize the lessons they learned during the virus’ early days and beyond: “I think that those kind of good grantmaking practices that became more prevalent during the pandemic — more listening to the grantees’ needs, more partnership with organizations, more general operating grants, lessening requirements — I really want to advocate for those practices to continue as we emerge, I hope, from this space,” said Lisa Eisen, co-president of Charles and Lynn Schusterman Family Philanthropies.

Spokoiny told eJP that, in his speech kicking off the conference on Sunday, he hopes to widen his lens beyond recent headlines.

Much of the conference’s subject matter isn’t exactly light. Beyond sessions on Ukraine and COVID, plenaries will tackle threats to democracy and the Abraham Accords that have normalized relations between Israel and at least three Arab countries. Other sessions address climate change, antisemitism, poverty, impact investing, and mainstays like Israel-Diaspora relations and intergroup relations in Israel and beyond.

“During the pandemic, a lot of people turned inwards,” Spokoiny told eJP. “The past three years haven’t been kind to the idea of Jewish cohesiveness. It’s the pandemic, plus a very fractious election cycle plus a difficulty in having open conversation about difficult issues.”

On Sunday, JFN will also unveil an 86-page guide to participatory grantmaking, an approach that involves an expanded range of voices — including, potentially, those of grantees — in foundations’ grantmaking decisions.

It comes at a time, the guide says, when foundations “are examining their roles in complex systems of power.” The guide says participatory grantmaking could bridge “the gap between grantmakers and those they serve, helping to include and/or empower the people affected by funding decisions to participate in the decision-making.”