A Covenant at Sinai

According to Midrash, all the souls of the future generations were present at Mount Sinai the moment the Torah was given. As a child, I believed this to be literally true, which posed some challenges to my young mind. First, was I among those that built the golden calf? And if I was there, why didn’t I remember any of it? I did try to picture myself there, imagining myself as an extra in “The 10 Commandments” looking at Charlton Heston from afar.

Little did I know that the question of “what really happened at Sinai” had occupied theologians, rabbis, and sages for millennia. In fact, Jews revisit that question every year on Shavuot, the holiday that commemorates that momentous event. 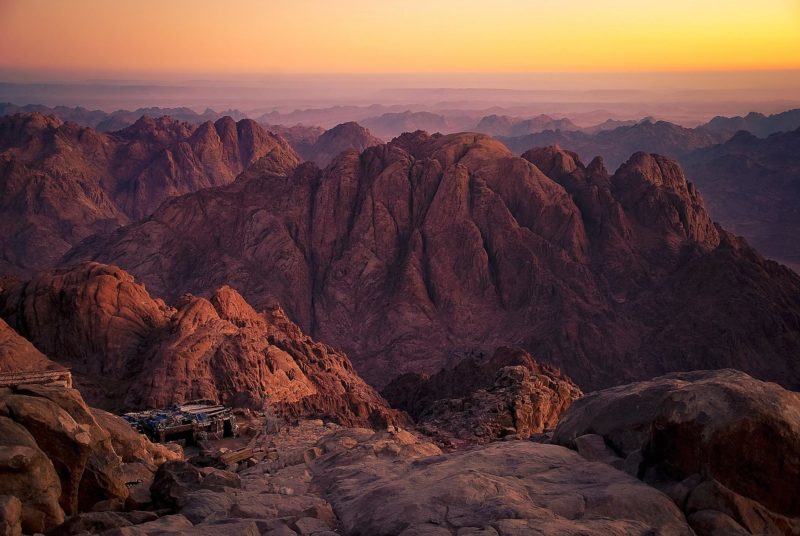 On a basic level, we received the 10 commandments at Sinai, but on a deeper level, much more happened. Sinai was, above all, a covenant. It was a pact between God and the People, but – maybe more consequently – a pact among the Israelites.

These two aspects of the covenant seem so straightforward that we forget how radical they were for their time. The importance of the covenant with God doesn’t reside so much in the terms of the covenant but in the very existence of one. In other words, God is all-powerful: He can do as He pleases, He can rule over us without asking permission. Yet, He nonetheless subjected Himself to following a covenant, a set of rules that apply, above all, to Him. In other words, 3,000 years before the philosopher David Hume said that kings and rulers can govern only with the consent of the governed, the biggest Ruler of all set that precedent for himself. Those of us in democratic countries are so used to this idea that we consider it trivial, but is it? The resurgence of autocracy around the world, including the attempts to subvert the will of the people in the United States, show us the fragility of that idea – and how in every generation there are people who will replace consent with force.

But the second aspect of that covenant is no less radical. The Israelites not only agreed with God on the terms of his sovereignty, but they mostly agreed with one another about the type of society they wanted to build, a society guided by justice, solidarity, and shared responsibilities. A society that, as the late Rabbi Jonathan Sacks put it, was built in opposition to the one they had left behind in Egypt. Where Egypt was based on raw force, the Israelite society needed to be based on rights and justice; where Egypt was a highly stratified and unequal society, ours was to be based in the equality of all people under God; while Egypt was based on exploitation, ours was to be based on the dignity of all. At the basis of it, a society in which we care for one another.

The Hebrew term for covenant, brit, is interesting because its etymological origins can be related to “separating” or “splitting” but also mean “binding” or “uniting.” And that seeming contradiction may be key to the idea of society: We are bound together, but we also are splitting responsibilities among us. In a covenant we are all free agents, we all have our responsibilities, and the fulfillment of our individual duties is the mortar that keeps the community together. Individualism and collective good are not opposed in a brit; rather, they are complementary.

In other words, at Sinai we agreed to be a community, and we accepted to take upon ourselves a responsibility and an obligation towards one another. Ultimately, we made a simple and yet momentous commitment to care about one another. The United States, as theologian Richard Niebuhr described, borrowed from the Bible, and founded itself as a covenantal community; a society of free individuals governed by their free consent and also bound to one another by responsibilities towards the welfare of our fellow citizens.

The pandemic showed how important this concept still is. Behind the (pre-vaccine) anti-maskers and the anti-vaxxers is not merely a refusal of science and rationality, but a rejection of the idea that we are bound to care for one another. Theirs is a dystopian version of libertarianism that makes Ayn Rand’s “Objectivist” philosophy look like socialism and says that “not caring about the other” is among the most inalienable freedoms that we have. “I can exercise my right not to mask,” they said at the height of the pandemic, “and if you die because of it, it’s not my problem.” Now take this attitude to its logical conclusion. Refusing to mask while being a potential vector of deadly germs is no conceptually different from saying, “I have the right to fire a gun, and if you happen to be in the bullet’s trajectory it’s not my problem.” No society can survive when its members believe they owe nothing to their neighbors; that they are not bound to them in a covenant of mutuality. No community can survive if freedom trumps responsibility to others.

Sinai breaks that false contradiction: We are freer when we care for others, because it is only in a society that “has our back” where we can develop fully as individuals. We are free to fulfill our destinies, to maximize our potential because we live by a set of shared rules. I often joke that I take traffic laws as suggestions, but imagine if that was the true attitude of everyone. Imagine the energy you’d need to spend defending yourself, trying to guess the other’s intentions at every turn. Individualism – that positive force that makes us strive to achieve more – is not the opposite of collective responsibility. They aren’t even two poles of a continuum but are braided together in a way that makes them inextricable. As Jewish philosophers Martin Buber and Emmanuel Levinas taught us, we do not become human until we genuinely care for another. It took more than 3,000 years for the world to internalize those basic lessons of Sinai, and the experience of the pandemic show us how easy it is to revert to radical selfishness and self-destructive anarchy.

As we start to emerge from this long pandemic nightmare, let us use the spirit of Sinai to recommit to the covenants of freedom and responsibility that serve as foundations to our societies; let us reimagine our society so that it’s even more caring, freer, and just. Let’s not trade the restrictions of COVID for the slavery of our own egotism, but let’s instead, use this time-out to imagine how we may build “a more perfect union” in our communities and in whichever country we live. As we re-encounter people face to face, let’s remember what Levinas said: To see the face of the other means exactly to have the idea of infinity.