What is authentic community?

We often refer to certain groups as “communities”: the “Jewish community,” the “gay community,” a school community, etc. Sometimes, for sure, these are real, connected communities of people, as when the Jewish community stands together for a cause. But often, what we may call “communities” are really affinity groups: people with a common interest who are otherwise disconnected from each other. We are not a community if we do not see, know, respect, and care for each other.

For our teens, true community can be hard to find. They spend hours at desks, not allowed to talk with peers. I was surprised when my own daughter told me she liked history class. Why? Because they had small groups, and she had the rare opportunity to say what she thought. She is thirsty for authentic community, a space where it is safe for her to express what she thinks, even if others may disagree when she does. 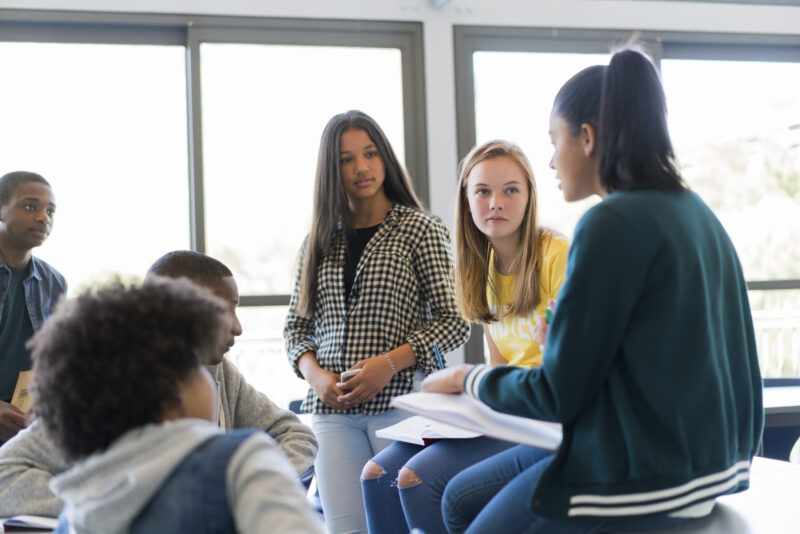 Text study is a perfect medium for true community. It can create a safe, open space where disagreements can be aired and worked through.

Last year, the Jewish Virtual Academy piloted “Torah and Today,” a text-based current events curriculum, designed to facilitate substantive, authentic conversations for middle and high school students around contemporary social issues. Our discussion of censorship came around to the issue of “Black Lives Matter” vs. “All Lives Matter.” One student was an avid consumer of Fox News, who thought the “Black Lives Matter” slogan was racist since it seemed to imply by omission that non-Black lives did not matter.  Another student was a woke liberal who strongly supported the “Black Lives Matter” movement, and who told me privately that she thought the first student’s opinion was offensive.

We saw this clash of opinions as an opportunity, challenging the students to frame their dispute in terms of how Talmudic sages Hillel and Shammai interacted: Hillel would quote Shammai (respectfully, I assume) before disagreeing. If we were to suppose that Hillel was an advocate of BLM and Shammai of ALM, how might Hillel describe Shammai’s views? This frame challenged them to imagine respecting each other’s views.

Jewish texts invite dialogue, disagreement and can allow us to discuss otherwise taboo topics. The Talmud relates that after the death of his hevruta Resh Lakish, Rabbi Yohanan was dissatisfied with his new learning partner: “When I study with you, you give me a source that supports me; Resh Lakish used to give me 24 reasons I was wrong, and I would respond to him, and thus learning became sharpened!” Disagreement is a creative process.

Authentic community is a space where we feel safe to discuss significant issues honestly, knowing we will be seen and loved; where we don’t need to agree, and don’t even want to agree; where we respect each other enough to appreciate each other for our differences.

When we initially created “Torah and Today,” we thought it was just about text study, about empowering public school students to access serious Jewish learning. We have come to realize that it is actually about offering teens the opportunity for true community, something today’s teens (and all of us) are thirsty for.

Rabbi David Siff is the executive director of the Jewish Virtual Academy. Read more about the “Torah and Today” curriculum project and how to join the pilot program, at jewishvirtualacademy.org/torah-and-today.