The meeting was designed to provide support, and inspire action 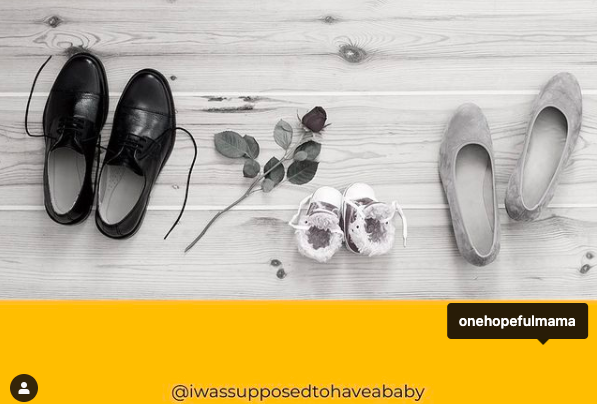 When Branny Rosen started her Jewish infertility support organization “ATime” nearly 30 years ago, only one religious newspaper — Der Yid, which publishes in Yiddish — would sell her ad space. The taboo against discussing the issue was so strong that no one else would publish her advertisement.

Until recently, Jewish women outside the Orthodox world also felt isolated and silenced, said Amy Klein, who wrote a New York Times column about her efforts to have a child, and then a self-help book, The Trying Game, for other women struggling to get pregnant. But both Klein and Rosen, whose group was one of the first of its kind, say the situation has changed. Both pointed to Monday night’s “First Annual Jewish Fertility Summit,” a 90-minute Zoom event that was also carried on YouTube.

The brainchild of SVIVAH and I Was Supposed to Have a Baby, the event featured a panel of representatives from 11 fertility organizations, in addition those doing related work, such as the women’s advocacy group Hadassah. Almost 2,000 people attended, said Dr. Aimee Baron, founder of I Was Supposed to Have a Baby, whose mission is to provide emotional support and information to women by using social media.

“Tonight is as real as it gets,” said Ariele Mortkowitz, founder of SVIVAH, as she started the evening. “Aimee and I don’t know how to do it any other way.”

“The Jewish community is focused on funding day schools, overnight camps and Israel trips, and all these beautiful things that we need for a Jewish community,” Baron said. “But what about the people who are struggling to have the child who would go on those trips, or attend those programs?”

Mortkowitz and Baron’s emphasis on helping people who are currently suffering is what made it happen, Solomon said.

“It took a lot to get all of these organizations to come into a room together, and for the two of them to get the word out,” she said.

One in six Jewish couples face infertility, which is higher than the one-in-eight rate among the general population, said Elana Frank, founder of the Atlanta-based Jewish Fertility Foundation. Infertility is associated with the age of the mother, and Jewish women on average get married later, said Klein.

For many people, financial challenges compound the emotional ones. The average cost of a round of in-vitro fertilization (IVF) is $25,000, including the medication, Klein has written. On average, three rounds are necessary, Klein said, but there’s no guarantee that it will work.

Hence organizations like Solomon’s Hasidah, Bonei Olam and the Jewish Fertility Foundation, which all make grants for treatment.

The Jewish Fertility Foundation operates in Atlanta, where it is based, and Cincinnati, and is exploring a new location in Washington, D.C., said founder Elana Frank. She is seeking funding to become a national organization, and hopes to operate in 15 locations within five years.

Fertility treatment is not covered by insurance in most states, which is part of what Hadassah is trying to address, said Klein, whom the organization named its “infertility ambassador” last March, right before the pandemic hit. Klein is part of the organization’s “reConceiving Infertility” initiative, led by Karen Paikin Barall, who runs Hadassah’s Washington, D.C. office.

It will pursue federal policy to broaden insurance coverage and to make paid surrogacy legal, Klein said, and also aims to reduce the stigma surrounding infertility by talking more about the issue. Klein and Hadassah made a video, for example, called “What Not to Say About Baby Making,” Klein said. (“Just relax, and it will happen!”)

“Karen Paikin Barall has been able to bring us together,” said Frank. “We all want the same thing — insurance coverage for fertility treatments. So that’s an action area.”

Both Solomon and Klein compared infertility to breast cancer, which decades ago was another seemingly sensitive women’s health problem that is now not only widely discussed, but also considered a cause whose cure is widely supported.

Solomon’s dream for the summit is that it shines a light on infertility to the point that people realize they can actually do something about it.

“I think they’ve done a really good job of trying to take that next step, to take it from awareness to action,” she said.