In all industries, trust may be the most sought-after asset – and the Jewish world has it in spades. Wouldn't they also have trust equity in the digital world?

Just as the Jewish world is waking up to the idea of NFT’s and bitcoin, others are rethinking their virtues and reversing course. Just recently, Web3-watchers worried when the Wikimedia Foundation decided to discontinue acceptance of cryptocurrency as a means of donating and NFT’s scammers stole millions in a botched virtual land sale. Some suggested the unregulated space is living up to its worst potential as they watch hope and trust erode online.

A few months ago, in an article on eJewishPhilanthropy, I publicly pushed Jewish groups to think about using crypto-financing to inspire innovative thinking and integrate a new language used by Gen Z-ers. I privately encouraged them to allow donors to give in bitcoin and eurytherm. I still stand by those convictions, however, now I believe that the Jewish world has an even bigger role to play. 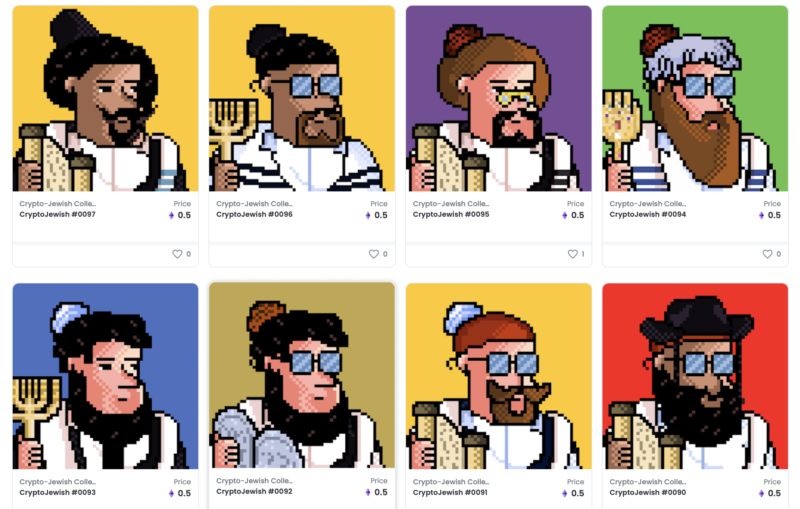 In my decades of work as a Jewish professional I often said that the community’s greatest unused asset was trust. And, as I considered this week’s news about the metaverse, I wondered if there was a more important role for Jews to play in helping to bring confidence and trust to digital financing.

In 2017 I led an effort to validate the financial integrity of 167 Jewish federations. It was part of a plan to secure universally high GuideStar rankings, which had already been achieved by larger federations. Throughout the process, I gained a greater appreciation for the layers of accountants and financial systems that at first glance had seemed like bureaucratic impediments. With very few exceptions, every federation relied on highly reputable accounting teams and volunteer oversight committees to certify their financial health. That’s why they are trusted philanthropies.

When the federation system ran emergency campaigns, we saw something similar. For example, most donations made online to help Hurricane Harvey victims in Houston did not come from targeted digital ads or social media campaigns. People who gave largely typed into their browser “Houston flood Jewish” or “Houston flood Jewish Federation.” That indicates tremendous trust – especially when you consider how many ways people could have given in that incident.

In all industries, trust may be the most sought-after asset – and the Jewish world has it in spades. Wouldn’t they also have trust equity in the digital world?

If there is a way to navigate the complexity of digital financing, the Jewish community can figure it out and when they do there is every reason to believe they will benefit from the trust they have earned over the past hundred years (and throughout time). Web3 systems are struggling today because they are still at the early stages of development, which is the best time to engage. Don’t be fooled into thinking they aren’t here to stay.

The original internet boom of the 1990s, Web 1.0, was a time of stock market valuations and dot-com’s. Web 2.0 brought mobile devices, social networks and streaming. Web 3.0 innovations promise an opportunity to engage and empower more people to do good in the world, and so much more. Why wouldn’t the Jewish community want to get in on that? The Vatican is debuting an NFT gallery this month and I don’t think they are relying on their trust equity to make it successful. The organized Jewish world needs to get going. They have a lot to offer.