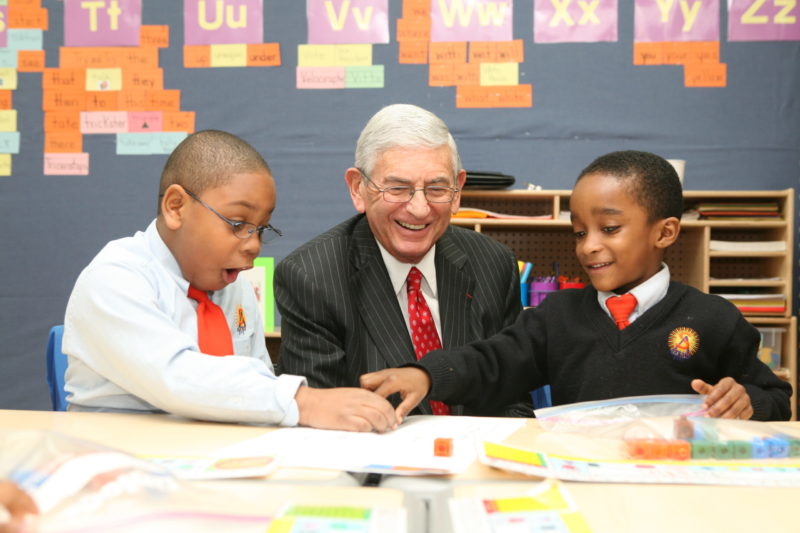 The Eli and Edythe Broad Foundation

Eli Broad, the Jewish billionaire who died on Friday, was known for his ambitious philanthropy on behalf of such causes as city of Los Angeles and public education, but he supported the Jewish community as well, Jay Sanderson, CEO of the Jewish Federation of Greater Los Angeles, told eJewishPhilanthropy.

“Sometimes the Jewish piece of his philanthropy got underreported,” Sanderson said, “but he was a major donor to the federation, and whenever he saw me, he told me that I had his support.”

Andrew Cushnir, who worked for Broad when he was launching the Eli and Edythe Broad Foundation in the late 1990s, told eJewishPhilanthropy that his professional network was buzzing this past weekend with tributes from people who felt lucky to be exposed to such a “powerful problem-solver.”

Broad also cared deeply about Israel, taking an interest in the federation’s work there on behalf of poor children, Sanderson said. The foundation supported the Peres Center for Peace, and Broad dedicated its gift to an uncle who fled Berlin for Israel, where he helped found a grade school.

“He knew where he came from,” said Cushnir, who is now the Jewish Federation of Greater Los Angeles’ executive vice president for donor relations. “He knew the value of being Jewish in his life and formulating his own identity.”