Rubenstein discussed his mother, his career and how he hires nonprofit leaders 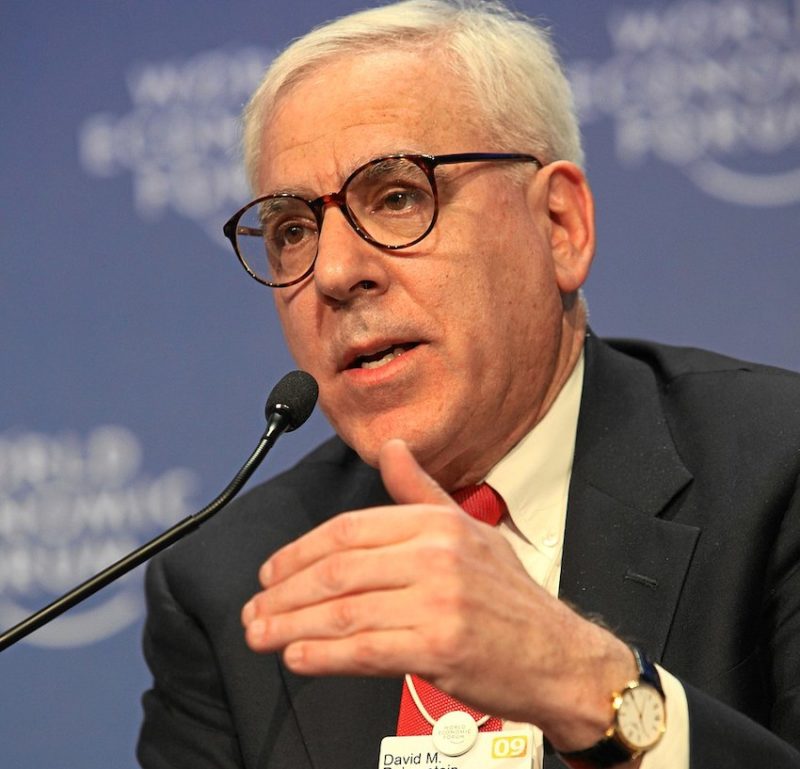 The Harold Grinspoon Foundation (HGF), widely known for its signature PJ Library program and its support for Jewish summer camps, is recognized in philanthropic circles for something else — “Aspen in August,” an annual meeting hosted by the foundation in the Colorado ski town to foster relationships and conversations about Jewish philanthropy. Last summer, the event was canceled due to the coronavirus pandemic, but this year, HGF hosted “Aspen in August” again, adding a virtual component for those who couldn’t travel. The foundation invited eJewishPhilanthropy to attend one of last week’s online sessions, a conversation between Harold Grinspoon, the foundation’s founder, and David Rubenstein, a philanthropist who founded The Carlyle Group, an international investment firm.

Winnie Sandler Grinspoon, HGF’s president, opened the session by requesting thoughts from Rabbi Ethan Tucker, a member of the HGF board who is president and head of the yeshiva at Hadar, the Manhattan-based educational organization. Tucker framed the discussion by citing two biblical passages that reflect on the nature of philanthropy.

Tucker discussed two Torah verses that both appear in Deuteronomy, in Chapter 15, yet seem to contradict each other: “You will have no poor among you” and “For the poor will never cease to be in the land.” The first verse, he said, points to the philanthropic imperative of pursuing systemic change, while the second demonstrates that philanthropists must also sometimes work to do good while knowing that systemic change isn’t possible. Philanthropic leadership consists of knowing when systemic change is possible, he explained, and when it isn’t the right goal.

Winnie Sandler Grinspoon then moderated a conversation between her father-in-law and Rubenstein.

Rubenstein discussed the Jewish roots of his giving, sketching his background as the only child of a blue-collar Baltimore couple, neither of whom had graduated from high school.

His mother wasn’t excited about his success until he started donating money, and the only articles about him that she saved were about his philanthropy, he said.

“She told me once, ‘Now you’re doing something really useful with your life. You’re helping other people,’” Rubenstein said, adding that after his mother died he found that she had supported more than a thousand nonprofit organizations with donations of about $10.

Rubenstein’s philanthropy focuses on education and medical research, but he’s also interested in preserving American heritage, and supported the restoration of the Washington Monument and the Lincoln Memorial.

A lawyer, Rubenstein started his career at the New York City law firm of Paul, Weiss and then worked for Sen. Birch Bayh (D-IN) and in the Carter administration. Sandler Grinspoon remarked that he started The Carlyle Group when he was almost 40, and asked him what motivated him to make such a change when he was already established as a lawyer. Rubenstein noted that he wasn’t passionate about the law, and that he characterized his own skills as a lawyer as “mediocre.”

“Nobody’s ever won a Nobel Prize not loving what they do,” he said.

He attributed some of his success to his good fortune in successful hiring, noting that he didn’t have a finance background when he started The Carlyle Group.

As leader of the search for the president of the Kennedy Center, and a member of the committees that hired presidents at the University of Chicago and Harvard University, Rubenstein also discussed what he prioritizes when hiring nonprofit leaders — someone who is highly ethical, not motivated by wealth and able both to share credit with others, and motivate them.

“You can’t do anything by yourself, really, so you have to find someone who knows how to communicate with people,” he said.