The growth of Hillel in the FSU

Let My People Grow: Hillel and the Jewish Renaissance in the Former Soviet Union by Rabbi Yossi Goldman 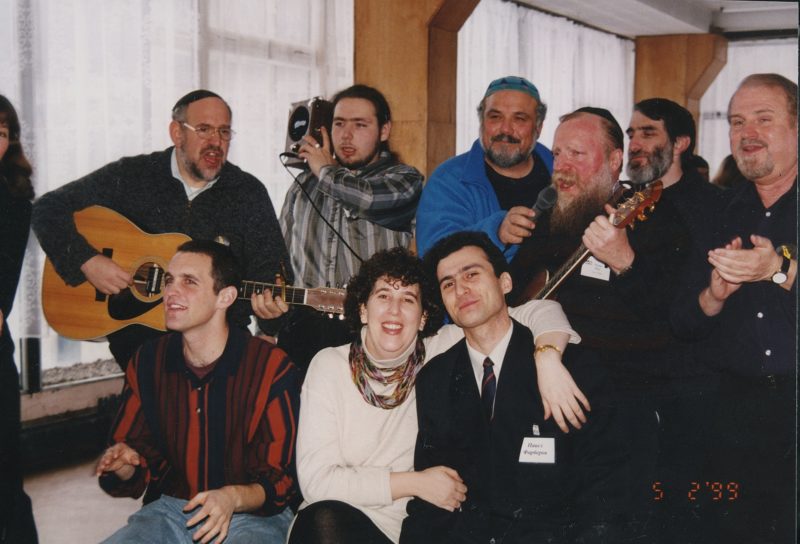 A review by Stephen G. Donshik

If you have an interest in Jewish renaissance, in Jews from the former Soviet Union, in the rebuilding of Jewish communities, or in the international connections between Jews around the world, you will find Yossi Goldman’s book not only interesting but also fascinating. It documents the development of Hillel – the Jewish organization providing services to college campuses in the United States, Canada and Israel – and its successful efforts to bring and implement its concepts to students in the republics of the Former Soviet Union (FSU). Goldman has written an exciting history of the organization’s beginnings in the FSU from 1993 to the beginning of the new century and how the Hillels throughout the vast country were able to reach out to college students, enable them to learn about their Jewishness, and develop a relationship not only to Judaism but also to the nascent re-emerging Jewish communities throughout the FSU. Given Goldman’s professional rabbinic training and his experience as the Director of Hillel at Hebrew University of Jerusalem he was the perfect person to take on this task and he was able to utilize his knowledge and experience to benefit all those who worked with throughout his tenure in the FSU.

Goldman provides a brief historical context so the reader can understand the challenges that Hillel faced in achieving its mission to serve both FSU students and eventually Jewish communities. He then describes the process by which it introduced a Jewish student organization to the student population in the three major cities of Moscow, St. Petersburg, and Kiev. As he describes Hillel’s approach, his warmth, personal touch, and sense of humor come through in the book, and it becomes quite evident what enabled him to be successful in engaging students and recruiting indigenous future leaders. Throughout the book one feels his ability to combine his commitment to professionalism with his unique personal touch in reaching out and developing relationships with students and sustaining these efforts through his work with administrators, faculty, community leaders, and donors.

Goldman was able to form alliances with international organizations, including The Jewish Agency for Israel, the American-based religious movements that were beginning to get more engaged in the FSU, the umbrella organization of North American Jewish federations (then called the United Jewish Communities), individual local Jewish federations, and the American Jewish Joint Distribution Committee’s (JDC): they became a stalwart and consistent partner in many of Hillel’s ventures and initiatives. Goldman was able to build successful alliances and pool resources to enable Hillel to establish itself in different cities and then strengthen its presence to the benefit of its own programs and the local Jewish community.

Not every FSU community leader, however, was excited about bringing Hillel to the FSU. In Moscow, Goldman faced opposition to his selection of a local leader who was a participant in the JDC leadership development Buncher Program in the FSU. The president of the Jewish University in Moscow wanted her fired, and this precipitated a change in Hillel’s approach from a purely student-based association to serving as a community center for the city-wide student population. The local leader then worked utilizing the new approach and they were able to attract students with this new approach. Goldman’s handling of this crisis was an early example of his effectiveness in launching the Hillel concept in the FSU.

Hillel’s overarching approach was to empower local personnel and use the organization’s professional expertise and programming skills to develop indigenous leaders who would be able to have an impact on Jewish life. Its aim was “to create an organization that stresses responsibility, innovation and creativity. The ultimate goal … [was] to implement activities that …. attract(ed) those students that care about their Jewish identity, along with the ones who are presently alienated and estranged from Jewish roots and heritage.” This mission guided its beginnings and was consistent through everything it did to build up the organization throughout the republics and expand its programs.

Sprinkled throughout the book are many vignettes that illustrate Hillel’s approaches undertaken in different cities to train student leaders and subsequently empower them with the knowledge and sense of self-confidence that in most cases ensured their success. To develop the first series of training workshops, Goldman built an “FSU expanded team” made up of representatives from the international organizations that Goldman recruited as partners. He particularly drew on the expertise of Hillel’s Jerusalem-based staff and JDC’s skillful and knowledgeable professional leadership. They began by creating Jewish educational materials focusing on Pesach, Shabbat, and Purim and expanding into Rosh Hashanah and Yom Kippur. These workshops developed students’ leadership skills, provided them with a foundation of salient Jewish concepts and ideas, and incorporated a variety of creative approaches including drama, music, film and art.

It is exciting to read about how these student leaders, newly empowered by their training seminars, were able to implement programs both for students and for the larger local community. The close relationship that Goldman developed with JDC provided the opportunity for students to volunteer with local Hesed organizations, the JDC initiative that provides social welfare programs to local communities; the students planned and led model seders and community programs, as well as reached out to isolated elderly, bringing programs to them in their homes. Throughout the book Goldman relates very touching stories about the very meaningful impact that students had on local community members in need.

Of course, the book also contains Goldman’s personal stories about his travels to the various regions and cities of the FSU. The vastness of the FSU and its republics provided many opportunities to experience very different cultures. Goldman demonstrated great flexibility in adapting Hillel’s overall approach to each local community and empowering students to use their skills and abilities in ways that were appropriate to each local culture.

Hillel’s success was reflected in the growth and strengthening of the students’ sense of Jewishness, their commitment to the Jewish people, and the number of students involved in its work. In communities where Hillel professionals expected to attract only tens of students, they attracted more than a hundred; these numbers reached into the thousands in some cities. There was an exponential impact as the students then became involved in community activities.

During the late 1980s and 1990s when I was working for a small Jewish foundation, I was sent to the FSU to train local community leaders who would eventually provide the infrastructure for leadership in local communities. The foundation neither had the financial or personnel resources that Goldman was able to develop in the Hillel FSU program, and it was gratifying for me to read about his wonderful successes in reaching out, attracting, and developing student leaders throughout the FSU. However, I was left with one question about the limited resources he refers to and how he was able to accomplish so much on a limited budget, which was added to by donors such as Chais Family Foundation and the Schusterman Foundation. Goldman never mentions approaching wealthy Russian Jewish individuals to augment the funds he was bringing from organizational and foundation sources. It seems to be they could have been (and still could be) a valuable source of financial assistance as they have been for other organizations and causes in the FSU.

I highly recommend the book: it will instill a strong sense of pride in what we as the Jewish people are able to accomplish when we are able to think creatively “out of the box” and pull together the resources of the organizations and professionals we have available to us. In particular, we are blessed with such innovative and committed leadership as Rabbi Yossi Goldman. We can only hope that his legacy in the FSU will be maintained by the continued expansion and development of efforts to rebuild Jewish life in the Former Soviet Union.