The American Jewish community needs to go back to the basics. Rather than build Peoplehood on the connection to Israel, it should begin with Peoplehood as the foundation for the Jewish local communal enterprise (it did work for 1800 years). The challenge is to develop our collective consciousness as a Jewish sensibility.

Framing Jewish Peoplehood through historical/conceptual phases, while not an exact science, can be helpful in our attempts to better understand and address current challenges. Each of the periods defined below brought about dramatic changes that required paradigmatic shifts in reconstructing a meaningful purpose, ethos and practical focus for the Jewish collective enterprise. It is time to address our present time as such a period and envision the next phase of Jewish Peoplehood. 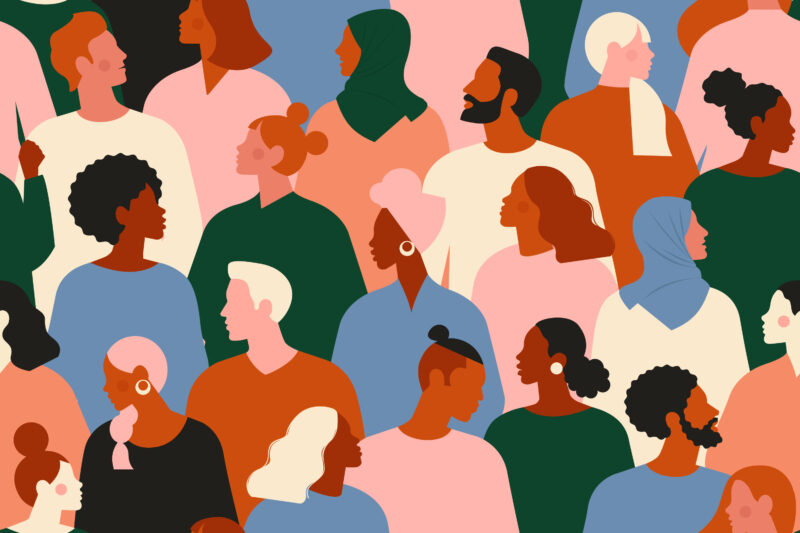 I refer to Peoplehood 1.0 as the formative period where a group of people became — from both the internal and external perspectives – a people. Phase one of the Jewish story of Peoplehood as depicted in the bible begins for some at the exodus from Egypt, continues through the development of a collective identity and a political structure in the land of Israel, through the destruction of that enterprise. What is important for our analysis is that in the context of people building that period established a distinct collective identity that integrated economic and social/political interests with a rich collection of constitutive ethical stories. In retrospect this ethos and legacy played a key role in sustaining the Jewish people through history.

I call Peoplehood 2.0 the period of the diasporic existence of the Jewish people through the end of the 19th century. While hanging on to a vision of a global people and a dream/fantasy of returning to the land of Israel, the focus of Jewish Peoplehood during that period was local, and especially after the medieval period also regional. The challenge and purpose of Peoplehood in the diasporic era throughout the globe was to build, develop and adjust the local Jewish enterprise to ensure Jewish survival and growth.

Peoplehood 3.0 for me is the period beginning at the end of the 19th century and stretching through the end of the 20th century – representing the emergence of nationalism in general and Jewish nationalism in particular. This dramatic shift in human history opened the door to the creation of the State of Israel and shifted the focus of Jewish Peoplehood to the global. While the development and building of local Jewish civilization continued, the Israel building narrative dominated the Peoplehood conversation in the 20th century.

The current phase of Jewish Peoplehood that I propose to call the Peoplehood 4.0 phase is suffering from at least three core problems:

Peoplehood 4.0, as the above issues painfully emphasize, is a period reflecting a collective in crisis. The previous paradigm does not seem to provide answers and a new one is yet to be developed. This phase of confusion challenges Jewish Peoplehood existentially and unless addressed threatens the Jewish future.

What can be done?

Along the above framed problems these are some things that can be done:

This process should be complemented by the development of a Jewish American collective consciousness. American Jews need to be conscious of being part of a collective committed to building a communal enterprise expressing the current and future phases of Jewish civilization.

Recent research on Peoplehood (Smith, Brubaker and others) teaches us that “no societies can long endure without foundations composed of varied constitutive themes that overlap in giving support to their predominant senses of peoplehood and basic values and institutions.”[1] For Jewish Peoplehood to survive in a meaningful sense in Israel, national policy needs to be examined and reflected on through a Jewish value-oriented perspective.

This complex picture may stem from the survival instinct of a social organism that seeks survival in the reality of growing differences among its subgroups. A looser and more pluralistic framework, that creates a legitimate space for the sub-groups while maintaining the familial relations between them, can avoid the risk of the people imploding from within.

And yet this will not make the core issues disappear. For a group of peoples to be considered a family of peoples, serious measures should be put in place: the development of Jewish collective consciousness that can drive the Jewish enterprise in the 21st century; the establishment of a value-centered dialogue to maintain the familial sense of belonging; and the envisioning of an updated ethos that all the sub-groups can connect to. The challenges of Peoplehood 4.0 call for a new Jewish collective rationale and purpose that would be relevant to the 21st century — one that would address the challenges of modernity and diversity for a global people with a State.

What could it look like in the real world? Every Jewish educational institution (from kindergarten to university) teaches and invests in building collective Jewish consciousness. Every Birthright group, mission to Israel, and Israel experience group engages in a dialogue with Israelis about our shared collective identity. Every Jewish organization (including the Israeli government) wrestles with the challenge of how well it expresses the values of Jewish Peoplehood that constitute them.

But these necessary steps may not be sufficient. As history taught us, every phase of Jewish history as framed here, required the embracement of a paradigmatically new purpose, rationale and focus for the Jewish people. This piece aims at diagnosing the situation and pointing to the shortcomings and dangers of hanging on to past and fading perceptions. Developing and articulating Peoplehood 4.0 is beyond its scope. And yet, adopting an honest and courageous look at reality, a willingness to get out of our comfort zones, and a thinking “out of the box” approach can get us there.

This is an abridged version written for eJewishPhilanthropy. The full piece can be found here.

Shlomi Ravid, Ph.D. is the founding director of the Center for Jewish Peoplehood Education and on faculty at The Spertus Institute for Jewish Leadership and Learning