Teaming up with our past and future selves (Rosh Hashanah 5782)

Judaism reminds us always that our present self owes a debt to our past self and bears a responsibility to our future one.

Who would we be if we had made different choices? If we’d told that secret, left that relationship, written that book?

That’s the question at the heart of L’Anomalie (The Anomaly), the book by Herve Le Tellier that won France’s prestigious “Prix Goncourt.” A mix of philosophical novel, science fiction, human comedy and social critique, L’Anomalie explores what happens when a flight en route from Paris to New York in March 2021 is caught in a monster storm over the U.S. coast. Flight AF006, a 747, manages to navigate out of the cumulus nimbus and land safely at JFK Airport, but through a bizarre quantic phenomenon, a copy of the plane is created. That second version of Flight AF006, with all its passengers and crew, emerges out of the storm in June, a few months after the “original” plane had landed. 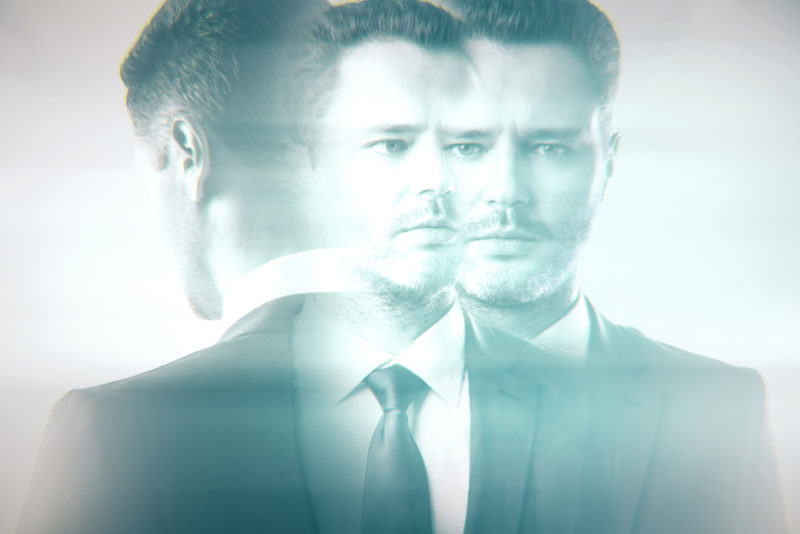 The U.S. Air Force sequesters the second plane and all its passengers at the McGuire Air Force base while intelligence services, Nobel prize winners and religious leaders try to understand what happened. Eventually, they release the passengers and crew, all of whom have another version of themselves who landed a few months earlier and is unaware of their carbon copy. Mind you, these are not mere twins or clones. These are two versions of the same person, with the same memories, tastes, skills and experiences. All that differentiates them are those few months in which one continued their life while the other was caught in a space-time limbo. The crux of the novel, and its more intriguing part, is the encounter between the two versions of the same person; the March one and the June one.

Imagine if a future you could “coach” the present you about the choices you are making today. Between March and June, Andre Vannier, one of the passengers, broke up with Lucie, the love of his life. The March Andre can now coach the June Andre on how to hold on to Lucie. The March version of David Markle, the pilot, can now, from his hospital bed, warn the June version of himself to have that abdominal pain he’s been ignoring checked out; the March Johanna can tell the June Johanna that the “dream job” in a law firm will turn into a nightmare.

I happened to read Le Tellier’s novel during Elul, the month that precedes Rosh Hashanah, and the symbolism was hard to ignore. For after all, what are the High Holidays but a confrontation between our present selves and our past and future selves? During the Yamim Noraim (Days of Awe) we, like the passengers of AF006, get a unique opportunity to go back in time and analyze our choices, to break the false inevitability of our destiny, to project ourselves into a future self who can offer loving but stern advice. We get to ask ourselves which version do we prefer? The self of this year or the self of the past? Who might the people around us prefer? And how can we make the future version of ourselves better, kinder, more fulfilled, more loving, and more compassionate? What are the dreams that we routinely postpone? What are the words we should, yet don’t, say to our loved ones?

In L’Anomalie, one of the simple yet disconcerting features of the encounters between the two “copies” is their honesty. The copy is you, so he will know if you are lying; he knows your tricks, your denials, your defense mechanisms, your complexes and your most hidden secrets. And that is strangely liberating. As you do your “cheshbon nefesh,” your accounting of the soul during the High Holidays, what’s the point of lying to yourself? You are finally talking to somebody with whom you don’t have to pretend, or brag or hide or mislead. Paraphrasing the Yom Kippur liturgy, “What can we say before You… for You know both the hidden and the revealed… You know all the secrets of our hearts.”

Scary, but freeing, and ultimately, the only way that leads to personal growth.

Like the passengers of AF006 when confronted with a photocopy of themselves, we can ask ourselves who we truly are. But, like them, we can discover that we are not; rather, we are beings in a permanent state of becoming. A Hasidic story tells of a student who asks the rabbi permission to go and study the Machzor (High Holiday prayer book) to prepare to lead services. The rabbi retorts, “The machzor didn’t change from last year; why don’t you instead study how you have changed?” Whether or not we possess some immutable inner essence, what matters is that we build ourselves through the challenges we face and the choices we make. And the Days of Awe are a unique gift: an opportunity to travel in time and examine our choices; a milestone in the shapeless enormity of time that urges us to stop and think; to retrace our steps and find the spots in which we went astray.

We live in a culture that idolizes the present. We misinterpret the word “carpe diem” as meaning “enjoying the day without thinking of the future.” In fact, it means “seize the day, and use it for something meaningful.” Judaism reminds us always that our present self owes a debt to our past self and bears a responsibility to our future one.

Memories, aspirations, choices, and actions are the four dimensions that make up who we were, who we are and who we’ll be. And the High Holidays are a golden opportunity to examine them. We don’t do that with a burden of guilt of reproach, but with the joyful hope for change and improvement.

In L’Anomalie, different characters have different reactions and choose different paths when they encounter their future (or past) self. There’s one reaction, however, that stuck with me: that of a Nigerian pop singer called Slimboy. When the two Slimboys meet they hit it off immediately and wonderfully. They wonder, “What if we both made a duo instead of singing as soloists?” The new band (called Slim-men) is an instant success. It’s easy to understand why: When you love your future self and it loves you back, when you and your future self work together to become better people there’s a unique alchemy, a transformation that crosses the boundaries of time and produces a symphony of beauty that touches your soul and changes the depths of your heart.