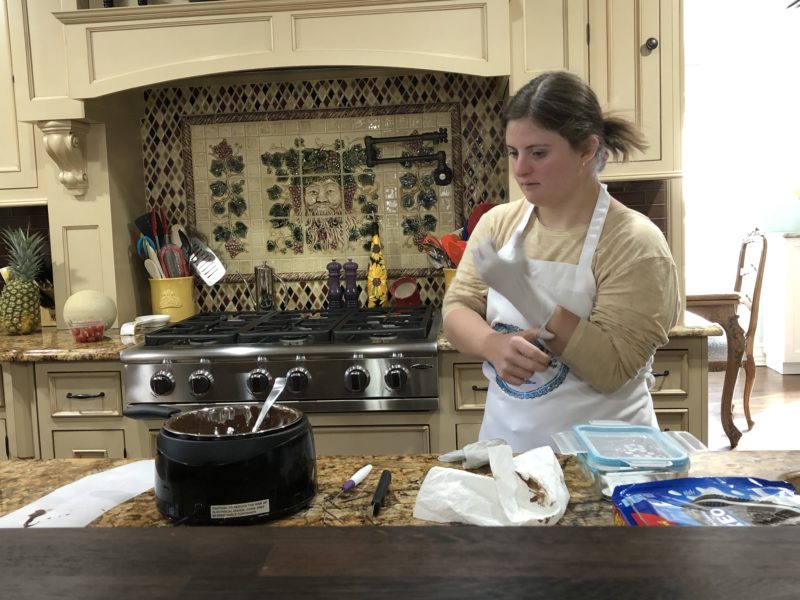 In my work with young adults with disabilities and their families, I constantly hear the expression “falling off the cliff” to describe the lack of adequate job opportunities for people with disabilities once they complete high school.

Addressing this problem will take years of legislation, education and awareness – a real sea change. But there is a trend that gives me hope: community support of small businesses that are owned and operated by people with disabilities. During this month of Jewish Disabilities Awareness, Acceptance and Inclusion, the Jewish community can and should make a stronger commitment to supporting disability owned and run and disability-friendly businesses.

There are many Jewish individuals with disabilities around the country who are starting and running such businesses. Jacob Werbin and Uriel Levitt, two Washington, DC-area young men with Down Syndrome recently started Shred Support, a shredding business in Silver Spring, MD. Alexa Chalup runs Truly Scrumptious by Alexa, custom chocolate covered cookies, right out of her home on Long Island, NY. The Sunflower Bakery and Bake Shop of Rockville, MD provides skilled job training and employment opportunities in the baking and hospitality industries.

In my work, I have traveled the country and searched the Internet for similar businesses and have already identified more than 200. They include hydroponic farming, car washes, bakeries, computer recycling, cybersecurity, mammogram reading, dog treat companies and more. You can find many of these types of business listed here.

Businesses like Shred Support, Truly Scrumptous By Alexa and Sunflower Bakery all provide unprecedented opportunities for the Jewish community to be supportive while attaining what Maimonides would consider to be the highest level of tzedakah (which I prefer to translate as “righteous action” and not “charity”). The Rambam writes, “the highest form of tzedakah is to help sustain a person before they become impoverished … by helping them find employment or establish themselves in business so as to make it unnecessary for them to become dependent on others.”

Many Jewish organizations have already begun to undertake this righteous action. Synagogues and Jewish schools in the DC-area regularly order from Sunflower Bakery. Camp Ramah Darom recently ordered “early registration gifts” from John’s Crazy Socks – a sock company owned by a father and his son with Down Syndrome. When FAISR (Friends of Access Israel) organized a Kilimanjaro climb which included four people with paraplegia, it made perfect sense to order sweatshirts from Spectrum Designs in Port Washington, NY, a custom apparel and promotional items business, which, along with their Spectrum Bakes and Spectrum Suds (laundry business) has a social mission – to help individuals with autism obtain employment.

When a person with or without a disability works, there are obvious financial rewards. But there are also social, physical and mental health benefits. Employment provides a sense of accomplishment, pride and self-confidence. When a Jewish organization supports businesses which value people with disabilities, we are acknowledging that we are all created B’tzelem Elohim, in God’s Image.

During JDAIM, ask yourself two questions: Could I order those t-shirts, cookies or gift boxes from a business run by people with disabilities? And might my place of employment benefit from the often unique skills of a person with disabilities? If the answer is yes to either question and you take action, you are supporting a disability-run business while also attaining the highest level of tzedakah.

Howard Blas is director of the National Ramah Tikvah Network of the National Ramah Commission. He is a social worker and special education teacher by training. He teaches Jewish Studies and bar/bat mitzvah to students with a range of disabilities and “special circumstances, leads disabilities trips to Israel and writes regularly for many Jewish publications. Howard recently climbed Mount Kilimanjaro with a delegation which included four people with paraplegia. He received the S’fatai Tiftakh Award from Boston Hebrew College’s Center for Jewish Special Education in 2012 and the 2013 Covenant Award for Excellence in Jewish Education.