Less than 60% of organizations that responded to the SRE Network say the people tasked with investigating complaints are properly qualified to do so. 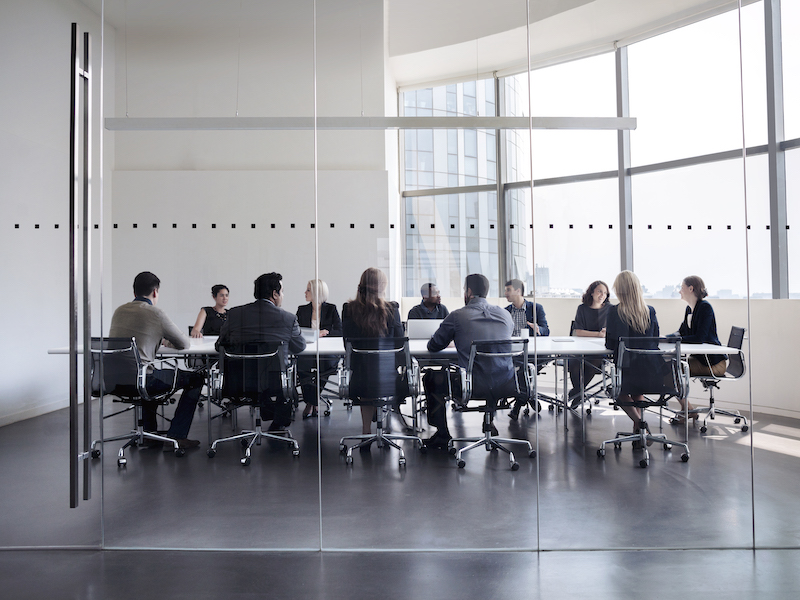 A large chunk of Jewish organizations that are members of a network dedicated to combating sexual misconduct feel they don’t do a good enough job communicating their reporting and response procedures to staff. And nearly half feel that the people tasked with investigating complaints at their organizations are not sufficiently trained.

Those are two takeaways from a just-published survey by the SRE Network, whose name stands for Safety, Respect, Equity, an organization that combats gender-based harassment and discrimination at Jewish workplaces. The network has a budget of $3 million and nearly 160 member organizations — schools, camps, synagogues and other institutions — 136 of which filled out the survey. SRE provided eJewishPhilanthropy with an early look at the results.

The survey asked executives or board chairs at the organizations, 107 of which had six or more employees, to rate their organizations on the presence of policies regarding sexual misconduct, fair pay and anti-discrimination; how those policies work; and how and whether they’re communicated to the staff. The respondents gave their organizations two points if they answered “yes” to a question, one point for “somewhat” and zero for “no.”

Nearly all large organizational respondents said that they have established policies and reporting and response mechanisms for complaints of discrimination and harassment. The vast majority of organizations say they have multiple channels for filing complaints, and regularly survey their employees regarding the workplace climate.

But only 55% say that they regularly communicate reporting and response procedures to their staff. Similar percentages say that their hiring and promotion policies are sufficiently accessible and that they train their employees on the organization’s reporting mechanism.

Just under 60% say the people tasked with investigating complaints are sufficiently qualified to do so. SRE’s executive director, Elana Wien, told eJP that many Jewish groups don’t have human resources departments, and that the network felt that lack of training was widespread enough to warrant a special program for its member organizations to ameliorate the issue.

“The person within an organization who’s tasked with looking into complaints around discrimination and harassment — it’s very rare that they actually are trained in that area,” Wien told eJP. “So it’s unusual for them to receive training at their organization, but it’s also rare for them to have been trained prior to coming to the organization.”

She added, “It’s important to have these policies that your whole workforce understands. But if an individual experiences something and comes forward to try to report that to the appropriate person internally, and that person isn’t trained, then that’s obviously not going to be effective.”

Despite those shortcomings, Wien said she came away from the report with a positive impression. The survey shows, she said, that establishing clear policies around harassment and discrimination has become part of the culture of the Jewish nonprofit sector.

“They’re taking concrete action steps to make improvements,” she said regarding the organizational leaders who filled out the SRE survey. “This is not just about lip service. It’s actually making tangible improvements within these workplaces.”

Although the survey is essentially asking the heads of organizations to evaluate their own compliance with SRE’s standards, a spokesperson for SRE noted that most of the questions ask for objective responses, such as whether a policy is in place or if trainings occur. And Shira Berkovits, a behavioral psychologist and CEO of Sacred Spaces, a Jewish group that combats sexual abuse, said self-assessments are still useful because they lead respondents to hold themselves to account, though they shouldn’t be the only way groups evaluate their processes.

“Self-reporting, or self-monitoring, is considered its own form of intervention to create behavioral change,” she told eJP, adding that such surveys “can be incredibly valuable in that they create a frequency with which organizations are pausing to do this internal self-assessment… and to take a look and review: ‘Where are we on these measures?’”

The fact that, across questions, most organizations had an equivalent or higher rating than in last year’s survey is a particularly good sign, Wien said, given the workplace disruptions of the COVID-19 era. The Leading Edge survey found that most employees do not work full-time at an office with their colleagues, and that one-third of respondents have been working at their organizations for less than two years.

“A lot of organizations right now are understaffed, they have a lot of openings, there’s a lot of shifting happening,” she said. “One might think in that context an organizational leader is going to prioritize filling the gaps in terms of delivering service, and [would] kind of put these issues to the side. The fact that this is what’s getting reflected in the survey shows that this is continuing to be a key priority.”