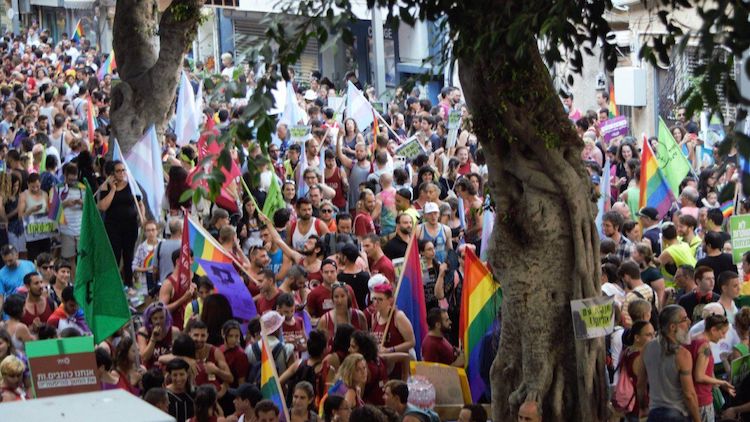 According to the global directory of giving circles, there are nearly 2,500 of the small philanthropic communities worldwide. Now, the San Francisco-area Jewish Community Federation and Endowment Fund and The Jewish Federations of North America (JFNA) have formed a partnership that aims to increase that number by following the example of the Jewish Pride Fund, an LGBTQ giving circle that operates under the federation’s auspices, Danielle Meshorer, the federation’s director of collaborative philanthropy, told eJewishPhilanthropy’s Helen Chernikoff.

“We’re going to offer ‘QuickStart’ training to foster a network of these circles dedicated to the Jewish LGBTQ community,” Meshorer said. “We’ll tell people how to get their giving circle started and how to recruit members. We’ll offer them coaching.” About 20 people have signed up for a session on how to start an LGBTQ giving circle on Nov. 9. Some have already decided to start their own, while others want to learn more before making that commitment.

Giving circles are groups of people who pool their assets and make a collective decision as to who should receive them. The mechanism is enjoying a moment, but the idea isn’t new. The landsmanschaften formed by Eastern European Jewish immigrants to America served this purpose. In West Africa, they’re called susu, and in Mexico, tanda.

Meshorer was hired to help launch the federation’s Jewish Pride Fund, which started with 10 members and will likely have at least twice that number for its fourth grant cycle, which starts in December, she said. The Jewish Pride Fund supports such organizations as Maavarim, a trans-serving organization in Israel, and Eshel in the United States, which advocates for and supports the LGBTQ Orthodox community. During the time the Jewish Pride Fund was taking root and starting to grow, Amplifier joined JFNA and began advising federations about how to nurture a culture of philanthropy.

Several of them told Amplifier that they wanted to better engage their local LGBTQ communities, so Amplifier looked to the Jewish Pride Fund for a model, Sasha Raskin-Yin, Amplifier’s program director, said. Building a course around an existing group is a new way of working for Amplifier, she added: “We have not yet said, ‘Here is a specific giving circle that you can use as a blueprint to connect with your communities.’” Meanwhile, the COVID-19 pandemic was causing members of the Jewish Pride Fund to relocate from San Francisco, prompting Meshorer and the fund’s leaders to reflect that the pandemic-related exodus was a chance to replicate their success. “We had a vision of building the field of LGBTQ giving circles nationally,” Meshorer said.

Giving circles have another benefit for both their members and their communities, Raskin-Yin said — they’re a proving ground for new leaders.

“People want to get a seat at the grant-making table, and this is one of the ways to do that,” she said.

This dynamic has played out at the federation, Meshorer said. One of the board members first became a member of the fund, another fund member has a leadership fellowship within the federation and still another is being considered for another leadership position.

“Intentionally recruiting younger members hungry for the experience is a great way to seed the next generation of community leaders,” said Daniel Wein, chair of the Jewish Pride Fund.

The federation ran a women’s giving circle, and will be looking at other groups that might be interested in starting their own, such as Jews of Color, Meshorer said.

Philanthropy Together is also training leaders to start giving circles, and has set specific targets for groups that have been underrepresented in philanthropy, said the organization’s CEO, Sara Lomelin. Amplifier and other networks are crucial in pursuing those goals, she added.

Wein advises that giving circles invest time in finding smaller, under-funded initiatives where a modest grant can make a meaningful difference, and that they seek mentorship from established community leaders. The Jewish Pride Fund, he said, has enjoyed guidance from Arthur Slepian, the founder of A Wider Bridge and the first openly LGBTQ president in the history of the San Francisco federation.

“A thriving giving circle movement must include more People of Color, the LGBTQIA community, youth, religious minorities and the many others so often left out of philanthropic conversations,” Lomelin said.