Sh’lach opens with a story about fear, power and conflict. It ends (albeit after a punishment and a plague) with equal treatment under common law. The analogy may be imperfect but it is instructive nonetheless. In a time when polarization is outpacing pluralization, investing in genuine peer-to-peer connections across backgrounds and borders is more important than ever.

There are lands many of us used to call home — lands contested over many centuries, witness to great migrations for both natural and human causes, lands where we had powerful friends and, all too often, even more powerful enemies. For those of us born in exile, these lands exist only in our parents’ and grandparents’ memories, tinged by nostalgia and regret, success and suffering. The prospect of entering the land and encountering the people living there now — making the imaginary real — after so many years away and so much intervening history, brings up complex emotions.

That is the situation at the opening of this week’s parsha, Sh’lach, about what comes to be called a land of “milk and honey.” It also aptly describes how many people feel about visiting Central and Eastern Europe, as members of IKAR will do over the next two weeks. 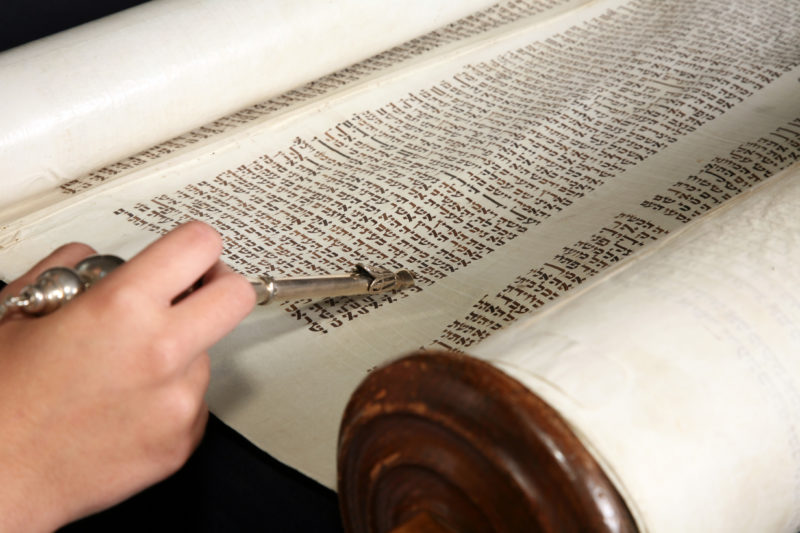 We three — two of us born in socialist Poland and Czechoslovakia, respectively, and the third only a generation away and a bilingual dual citizen in his own right — have spent the last 18 months designing what we hope will be a different kind of “mission trip” for our community to Germany, Poland, Slovakia and Hungary. As it happens, the conceptual arc of Sh’lach points the way to our understanding of why our journey matters.

The parsha opens with conflict and division. The spies ordered to scope out the lands of Canaan are in disarray: some spin tales of giants (both food and people) while others obsess about the (un)likelihood of a successful conquest. The text is full of binaries, not only “us vs. them” but indeed us against ourselves. Few, maybe even no memories at all have survived intergenerational transmission during centuries of slavery; all they have with them, in fulfilment of a promise made in a distant past, are Joseph’s silent remains.

By the middle of the parsha, however, the text shifts. In contrast to the divisions at the outset, we read of one law for the Israelite and the stranger alike: “Chukah achat lachem v’lager hagar, chukat olam l’doroteichem; kachem kager tiheyeh lifnei Adonai” (“there shall be one law for you and for the resident stranger; it shall be a law for all time throughout the ages. You and the stranger shall be alike before Adonai” — Numbers 15:15). The text repeats itself only a few verses later (Numbers 15:26): “V’nislach l’chol adat b’nai yisrael v’lager hagar betocham, ki l’chol ha’am bish’gaga” (“the whole Israelite community and the stranger residing among them shall be forgiven, for it happened to the entire people through error”). The idea of considering all of us, local and visitor alike, as bound together and mutually accountable, was radical for its time in the ancient world. It is a vision, if not quite of empathy, then at least of integration and solidarity.

We hope our trip will accomplish a similar reimagined understanding of what it means to engage with Central Europe. On our journey, historical trauma coexists with the resilience of the recent past and the dilemmas of imminent possible futures. Success for us, as for the Israelites on the Canaanite borderlands, means rethinking what we know, reconsidering how we allocate resources, and resetting our relationships.

Knowledge: Our trip’s participants will engage with local Jewish and democratic activist communities as they are, not as we might presuppose or wish them to be. We acknowledge that we are bringing our own histories and biases, as are they, but we enter the conversation in a spirit of openness and genuine interest in perspectives different from our own. In Poland, we will learn from reproductive rights activists what our own post-Roe future might look like; in Hungary, we will visit a park that could be a model for ring-fencing Confederate history, contextualizing and constraining troubling pasts without erasing them.

Resources: Throughout our trip, we have reconsidered how financial allocations are made, by whom and for whom. In Berlin, we will be hosted for a meal by a German foundation as we learn about European anti-disinformation efforts; in Košice, we are co-programming a concert with the local Jewish community; in Budapest, some of our partners are vetting us for potential meetings instead of the other way around, a far cry from the old days of “the Americans are coming — you’d better show up on your best behavior.”

Relationships: The examples above imply a different approach to visiting people and communities. This is not a mission to “help,” implying a power dynamic of helper and a helpee, nor to “serve,” implying a beneficiary. This is a trip to meet and get to know our peers whose geographies may differ from ours but who are equally a part of the Jewish and democratic (and not-so-democratic) societies we inhabit together.

Sh’lach opens with a story about fear, power and conflict. It ends (albeit after a punishment and a plague) with equal treatment under common law. The analogy may be imperfect but it is instructive nonetheless. In a time when polarization is outpacing pluralization, investing in genuine peer-to-peer connections across backgrounds and borders is more important than ever.