Hide Search
You are here: Home / In the Media / U.S. World Zionist Congress Votes Are In 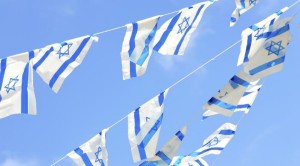 Elections were recently held in the US for the 37th World Zionist Congress which convenes October 20-22 in Jerusalem.

The elections ran from January through April and came to a close with a total of 56,737 votes. At the top with the highest number of seats: ARZA with 56 delegates, Mercaz with 25 and Mizrachi with 24. While ARZA maintained their delegate count since the previous election, Mercaz and Mizrachi have lost a combined 18 delegates. Despite this decrease, the three major religious streams still hold over 70% of the seats of the American delegation. This year’s election saw an overall broadening of representation of Zionist groups and, as a result, slates such as Hatikvah, Zionist Spring and the ZOA gained seats at the table.

Although the Congress represents all of world Jewry, the US historically sends the second largest delegation to participate in the Congress, which offers the best opportunity for ideological parties to grow. This potential growth means positions in the WZO and increased budget spending in those departments. Israel, with 190 delegates allocated according to the latest Knesset elections, reserves most slots for political hacks.

Here is the distribution of the 145 elected US delegates: