Some words, like klutz, maven, and pastrami, have become so entrenched in English that most Americans are not aware of their Jewish origins

[First in a series of pieces by chapter authors from the upcoming 2020 American Jewish Year Book (published by Springer Nature in 2021 and edited by Arnold Dashefsky and Ira M. Sheskin).]

In 2015, when President Barack Obama awarded the Presidential Medal of Freedom to Barbra Streisand, he demonstrated a common American understanding that Yiddish is an important component of identity for many Jews. Streisand attended her first Broadway show at age 14, Obama reported, and thought she could easily play any role in that show. “That’s what’s called chutzpah,” the president said. He continued to praise Streisand’s accomplishments in entertainment and advocacy, adding, “I’m getting all verklempt just thinking about it” (starts at 7:48 in this video). 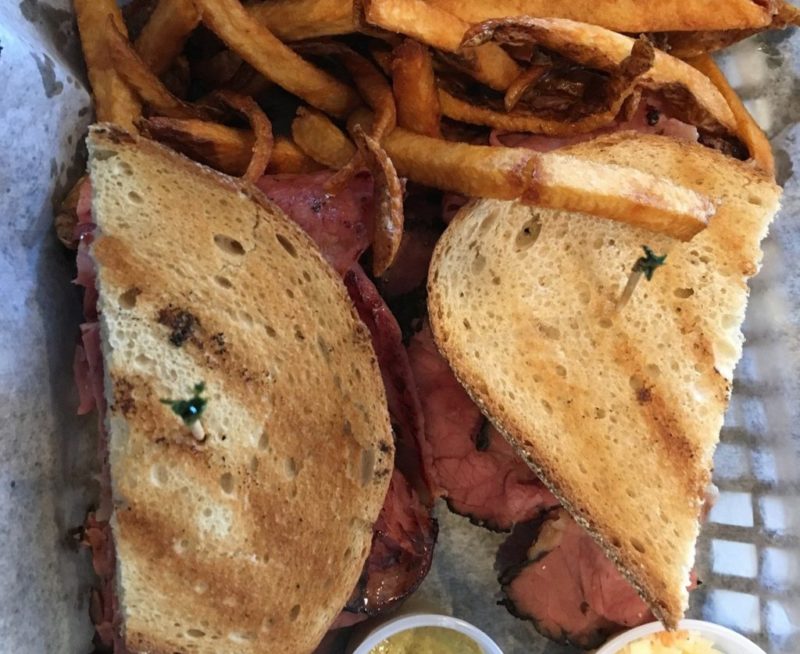 While Obama is renowned for his linguistic agility, he is far from the only Christian to use language that originated in Jewish communities and diffused to the broader American lexicon. Chutzpah spread in the 1970s through the media, the 1968 publication of The Joys of Yiddish, and the increasing prominence of Jews in the legal system. Verklempt was popularized in the 1990s, when non-Jewish comedian Mike Myers used it repeatedly on a Saturday Night Live sketch, “Coffee Talk.” Yiddish words like kibitz, bupkis and schmuck acquired a comedic valence and an association with New York through their use by second- and third-generation Jewish entertainers. Some words, like klutz, maven, and pastrami, have become so entrenched in English that most Americans are not aware of their Jewish origins.

Non-Jews who are “Jew-adjacent” – spouses, co-workers, friends and neighbors of Jews – tend to use Jewish language in respectful ways. They might need some help with pronunciations or meanings of words, but they often use Hebrew and Yiddish words as a way of fitting in to their families, workplaces or communities. A 1967 comedy sketch by Jerry Stiller and Anne Meara offers a humorous take on the challenges of non-Jews with Jewish partners learning Jewish language. Mary Elizabeth Doyle tells her boyfriend Hershey Horowitz that she plans to compliment his mother for making the “best meshuggeneh [meaning matzah] ball soup in the world” and that she and Hershey will visit Israel for their honeymoon and “live on a knish [meaning kibbutz] for a couple of weeks.”

The 2003 film “A Mighty Wind” parodies non-Jews who work in the entertainment industry using many Yiddish words. A Swedish-American TV executive says, “The naches that I’m feeling right now. ‘Cause your dad was like mishpucha to me.” Colin Powell famously learned some Yiddish while working in a Jewish-owned furniture store in the Bronx. He sometimes surprised Jewish leaders, including Israeli Prime Minister Yitzhak Shamir, with basic Yiddish sentences. Powell also served as a Shabbos goy, joining the ranks of Mario Cuomo, Thurgood Marshall, Elvis Presley and Harry Truman (as well as many non-Jews who were not famous). Any Shabbos goy likely learns some Hebrew and Yiddish words, such as Chag sameach, fleyshik, and blech.

Politicians use Hebrew and Yiddish in various ways, yielding diverse reactions across the political spectrum. Michele Bachmann was jeered for her mispronunciation of chutzpah as tshoot-spa, and many Jews cringed when Ted Cruz accused Donald Trump of chutzpah and called it “a New York term.” But when Al Gore pronounced chesed as tshesed, on the campaign trail in 1999, he ended up endearing himself to the Jewish audience. “Did I pronounce that wrong? OK, hesed, no wait, khhhhesed.” When he finally achieved the Jewish kh, he received a roar of applause. This (perhaps intentional) gaffe was part of a speech that included several Hebrew and Yiddish words, such as bubby, mensch, and mitzvot. Gore also recited a list of “top Jewish Country Western hits,” including “The second time she said ‘shalom’ I knew she meant goodbye.”

A few uses of Jewish language are less well received. Some devout Christians use Hebrew and Yiddish words because Jesus was a Jew. The writers of one Christian Hebraist website use Hebrew and Yiddish words like chesed, chavurah, naches, and mishpacha. They even list the Hebrew date and use a written convention common among Orthodox Jews: placing BS”D (in Hebrew) in the upper right corner of a document. A Christian man leading a model seder lists symbolic foods and parts of the seder by their Hebrew names (such as beitsa, urchatz, shulchan orech, afikomen), says the plagues in Hebrew and English, and even recites Hebrew blessings over wine, matzah, and karpas, ending in a communal response: “Amen in the name of Yeshua [Jesus in Hebrew].”

While Jews might have different opinions on the Christian use/appropriation of Hebrew and Jewish English, all will agree that one use of language is insidious: white nationalists / neo-Nazis mocking Jews with Hebrew and Yiddish words, often combined with hook-nosed, yarmulke-clad caricatures. Examples include “Oy vey, it’s like anuddah Shoah!” and “Da Goyim know! Shut it down!” In addition to Jewish-origin words, these phrases replace /th/ with /d/, which may be intended to imitate a Yiddish accent and/or might invoke the association between Jews and New York perpetuated by comedians.

Appropriation and mocking antisemitic language are the exceptions. Most uses of Jewish language by non-Jews reflect their generally positive feeling about Jews. Jews are well integrated into non-Jewish social networks and have had significant influence on many domains of American culture, including literature, entertainment, journalism, and cuisine. This integration is reflected in the many Yiddish words that have become part of the American lexicon. While there is what to kvetch about, the overall reaction to this phenomenon should be kvelling.

Sarah Bunin Benor, Ph.D. is a professor of Contemporary Jewish Studies and Linguistics and Director of the Jewish Language Project at Hebrew Union College – Jewish Institute of Religion. Her main research interest is Jewish languages. Her email address is sbenor@huc.edu.