Ridiculousness is one of the central characteristics of Purim. On this holiday, we are not afraid to be silly and absurd. We don funny costumes; we drink ourselves into oblivion; we are boisterous and noisy.

Purim disavows evil and intolerance, above all, by mocking them and making us realize how ridiculous they are. The misogynist King Ahasuerus, who objectifies his wife Vashti, ends up being outwitted by a woman; the pompous bigot Haman ends up being humiliated and killed by the very people he despises. 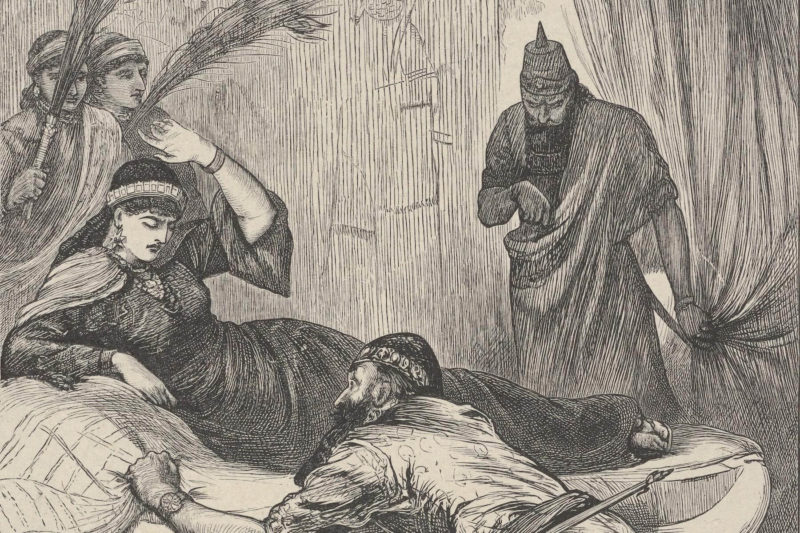 And yet, while Haman is humiliated and dead, ‘Hamanism’ isn’t. Moreover, we seem to be living in the new golden age of Hamanism both inside and outside the Jewish world.

To understand what Hamanism is, we need to go back to the argument that the evil vizier uses when he demands that the king agree to the extermination of the Jews: “There is a certain people scattered abroad and dispersed among the peoples in all the provinces of your realm. Their laws are different from those of every other people’s, and they do not observe the king’s laws; therefore, it is not befitting the king to tolerate them.”

The Jews’ sin is that they are different, and in Haman’s bigoted and twisted mind, differences must be suppressed. Haman dreams of a dystopia of uniformity, in which everybody thinks the same and everybody abides by one set of rules: his.

Hamanism is the fear of difference, and it lies at the core of every authoritarian regime. It’s no coincidence that the Jews have been the scapegoats of almost every totalitarianism in history. We are, after all, the eternal different ones; even our name “Hebrews” can be translated as “those on the other side.” But, more importantly, we have always embraced difference and diversity. The Talmud is a raucous collection of arguments and debates, insisting that God alone holds the absolute truth and we, mere mortals, must be content with a patchwork of partial, imperfect truths. Our sages were so afraid of uniformity that they even decreed that if a verdict in a capital trial is unanimous, it’s invalid. We model for the world a culture that sees difference as a source of richness. Two thousand years ago, when our rabbis proclaimed that “There are 70 faces to the Torah,” they advanced the very modern idea that our differences need not divide us.

Our embrace of diversity is not merely an added feature to Judaism; it’s essential to Jewish theology. The greatness of God, says the Mishnah, can be seen from the fact that while “a human strikes many coins from the same die, all the coins are alike,” whereas God “strikes every man from the die of the First Man, and yet no man is quite like his fellow.” (Sanhedrin 4:5) It is in one who is different that we behold the greatness of God. Because differences are an expression of God’s will, failing to respect differences is an insult to God.

In this perilous political and social moment, we confront two types of anti-difference, Hamanistic movements. One is the ethnocentric tribalist movement that seeks to suppress, eliminate, and even expel all those that “aren’t like us.” This can be seen in the re-emergence of white supremacy, neo-Nazism, and other far-right movements that seek to exclude all those that don’t belong to the right “tribe.” We saw, on January 6, the enormous risk that this type of Hamanism poses to America and the world. But there’s another Hamanism, one of the political and cultural left, that says that particular identities, especially those of the “white and privileged” are not legitimate. One shouldn’t have, they sustain, particular allegiances, but a commitment to all humanity. We should empty ourselves of our own identities and embrace a deformed version of multiculturalism. This vision isn’t necessarily violent, but it’s equally problematic. To these two dystopias, Judaism proposes a third way: what Rabbi Lord Jonathan Sacks called “the dignity of difference.”

We tend to blame the fraying of our social ties on “polarization.” But the problem is not that we are polarized but that we are “sorted.” It’s not that we have different political, religious, and social ideas, but that we are separating and sorting our country – and our community along those lines. We yearn to create echo chambers and homogeneous settings in which only those that think like us are allowed. We are not only gerrymandering our electoral districts but our social groups and even our families. We are gerrymandering our hearts and our minds.

In these “sorted” societies, the extremists win. Divergent voices are suppressed by a vibrant cancel culture on both the left and the right, and people stew in their own ideological juices, becoming more radicalized and less intellectually curious. Those who think differently are considered stupid, dangerous — even treacherous.

The Jewish community is also becoming “sorted”; we have less and less in common with “the other” and we are creating a climate in which dissent is penalized and diversity of opinions discouraged. Our media is “sorted” between right-wing and left-wing; our synagogues are sorted, and the pluralistic spaces that remain are shifting from being “public squares” to battlegrounds. The result is that we don’t quite have one Jewish community anymore, but rather a crowd of warring sects. We are replacing reason with anger and argument with vilification. We are witnessing the death of civility — in America, in Israel, and in our communities — and when civility dies, civilization follows.

That’s why today, the main fracture line in the Jewish world is not between left and right, religious and secular, Orthodox and Reform, progressive and conservative, hawks and doves, Israeli and diasporic: It’s between those who accept and embrace the complexity and pluralism of the Jewish world and those who don’t. Those who see the community as a mirror of themselves and those who see it as a beautiful mosaic, reflecting different types of brilliant light. In a word: The most consequent division in our community is between Hamanists and non-Hamanists. Naturally, communities have boundaries and normative positions; big tents have, after all, flaps. But our tents are becoming smaller and smaller, and the sides are closing in on us.

When it comes to Hamanism, funders can be part of the problem or part of the solution. We can penalize dissent, ostracize difference, and push Judaism further, step by step, toward its demise. Or we can create spaces of dialogue and intellectual curiosity; we can invest resources and energy in rebuilding a vibrant public square, and we can show with our actions that we don’t have to agree with each other to care about each other. If we use the power of the purse to demand uniformity instead of cultivating diversity — we are deviating even further from the wise path that our ancestors charted.

Let’s bring that message of tolerance, diversity, and generosity to our broader communities during this era of ugly small-mindednesses. Let’s make our communities into spaces where dissent and respect are, once again, sacred.

Let’s banish Hamanism to the gutter of history, where it belongs.