Nigel Savage looks back on two decades at Hazon 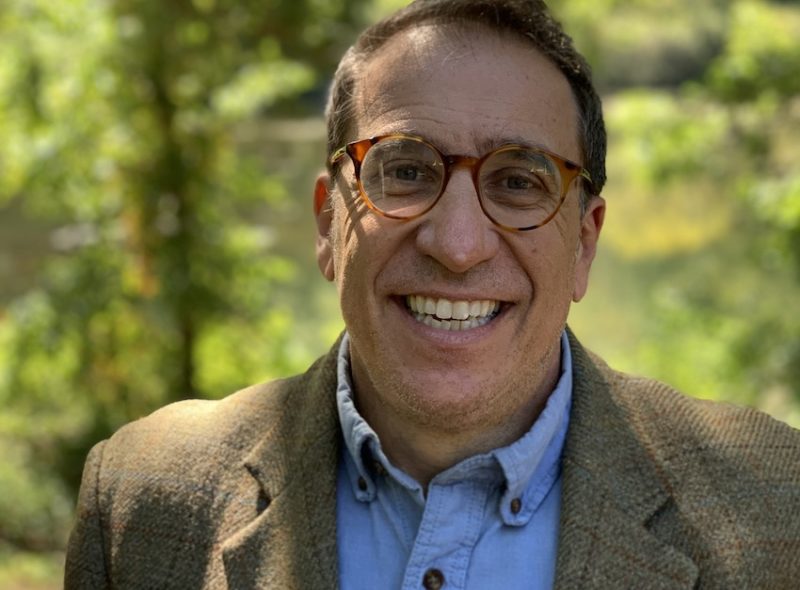 In 2000, Nigel Savage founded Hazon, an early Jewish environmental organization, around the idea of raising awareness by combining issues like sustainability and justice with bringing people together to enjoy the outdoors. Now, the group is merging with the Pearlstone Retreat Center in Baltimore County, Md., and Savage will step down as CEO to fulfill a yearslong dream of spending a shmita, or sabbatical, year in Israel. He spoke with eJewishPhilanthropy’s Helen Chernikoff about the growing Jewish environmental movement and the challenges that face it.

Helen Chernikoff: You started your career in finance in London. How did you end up starting and running a Jewish environmental organization?

Nigel Savage: I didn’t think I was leaving finance. I took a yearlong sabbatical to go and learn at Pardes [a pluralistic yeshiva in Jerusalem], and I never recovered. I thought, “Why would I want to commute on the Northern Line [train] wearing a pinstriped suit? So I stayed in Jerusalem, and the wheels came off the bus. I was trying to figure out what I wanted to do when I grew up.

HC: And you figured it out that year?

NS: I got invited on a hike. I’d never done anything like that before. So I did this hike with four other guys and I was very nervous, and I loved it. It led to me doing a lot of stuff outdoors, and not accidentally in Israel, and I started to see that we didn’t enter human history in a synagogue or in a JCC or in a day school. We entered human history as an indigenous people, and the Torah is, to a considerable extent, a record of that encounter. I came alive outdoors, and I started to see that the Jewish tradition came alive outdoors, and that pushing oneself physically was good for a person. And a final piece of the jigsaw puzzle was that I realized that bringing people outdoors was a great way to bring them together across differences.

HC: And how did Hazon emerge out of this?

NS: A friend told me she was biking across America, and I said, “We need a Jewish bike ride across America.” [Hazon’s Cross-USA Jewish Environmental Bike Ride launched in 2000.] I felt the Jewish community was too bothered by antisemitism and attacks on Israel, and I wanted to make a statement about not just what we are against, but what are we for? What’s our vision? Antisemitism is an issue today. But the overall perspective is the same. There’s a closed loop in Judaism, where we are Jewish so you can marry a Jewish person, and you marry a Jewish person so you can send your kids to Jewish day school. I’m not against that. I support it. But there’s no external referent. Either Jewish tradition should address the greatest issues of our time, or else why should anyone care? Hazon wants to turn Jewish life outwards, to engage on the issue of environmental sustainability. Hopefully, those things will be true of Pearlstone as well.

HC: Hazon has already been a part of a merger — in 2013, Hazon merged with the Isabella Freedman Jewish Retreat Center. That time, you became the CEO of the merged organization, but not this time. Can you talk more about that?

NS: I’m excited about that because it means a significant upgrade in leadership.

HC: That’s not what I was implying!

NS: I know, but it’s what I’m saying, and I’ve known Jakir [Manela, the CEO of Pearlstone, who will be CEO of the merged entity] for 20 years. Look, this is definitely a merger. Hazon and Pearlstone share the same theory of change. There are 10 board members from Hazon, 10 from Pearlstone. The CFO is from Hazon, the CEO is from Pearlstone. The board chair is from Hazon. La Piana Consulting, the firm that advised on the merger, and has done a slew of nonprofit mergers, said they’d rarely seen one run so smoothly.

HC: The discourse around the environment is pervasive and urgent now in a way that it wasn’t when you founded Hazon. How do you feel about that?

HC: Is there anything about Hazon that you regret?

NS: If there’s a structural failure that I’m most concerned by, it’s about not building an endowment. That’s critical to a healthy, functioning nonprofit and I really tried, and I just couldn’t crack it. I think the new merged entity will be in a position to create an endowment, and I hope that the MacKenzie Scott gifts [to Repair the World and HIAS] will send a signal to the Jewish community. It will enable the organizations to be more robust and to make longer-term decisions. I tried to make that argument to funders, and I failed. And that’s part of the reason why from almost the first second I heard about the idea of this merger, I was wildly in favor. The new organization will have a budget north of $12 million, and over 100 staff.

HC: As you prepare for the merger and the next phase of your life and career, what still worries you?

The thing I’m most bothered by is our inability to have proper arguments. We’ve just lost those muscles. We’re just a microcosm of American society, but we [in the Jewish community] have the tradition of machloket [dispute and debate]. Give me chavruta [a study partner] or give me death! I find it very dispiriting, and I don’t know what to do about it.

NS: Six years ago, during the last shmita year, I got the idea that I wanted to spend the next one in Israel. Then COVID happened and I decided I really wanted to do that, and that I can’t do that as CEO of Hazon. Also, I’ve been doing this for 20 years and Hazon needs fresh leadership. I think of shmita as a kind of self-composting. I want to breathe. I want to learn sofrut [scribal arts]; I want to write a mezuzah. I want to do some writing. I’m going to work part-time for Hazon starting in January, and beyond that I feel very idealistic. I’m bristling with ideas. I don’t know what the next thing is, but I don’t think I’m going to be lying on a beach.