The clergy intend to speak on issues such as support for Israel and combating antisemitism. They also hope to promote Jewish ritual, learning and community cohesion. 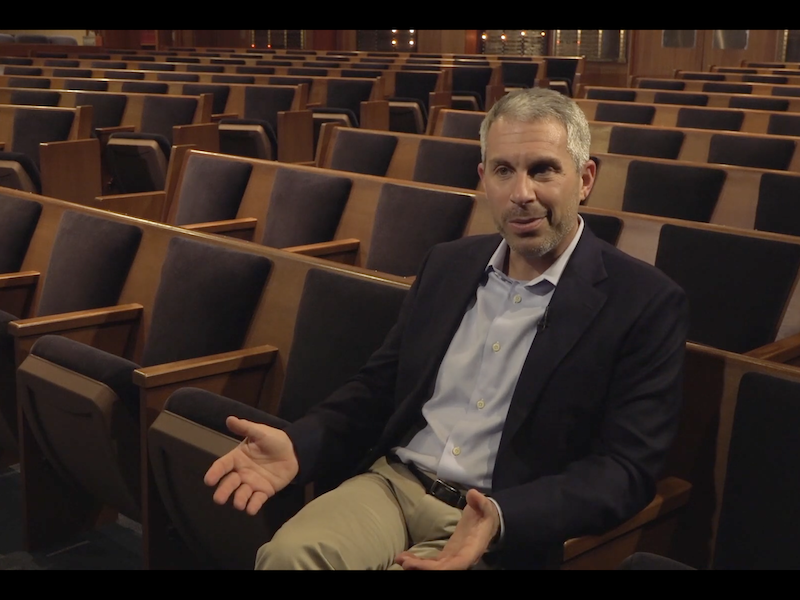 For the first time in more than 50 years, Jewish clergy from across North Carolina are officially organizing into an advocacy group that its members hope will offer a united front against threats of antisemitism in the Tar Heel State.

“This is a foundational moment for the growing North Carolina Jewish community,” Rabbi Eric Solomon, co-chair of the new North Carolina Jewish Clergy Association (NCJCA), said in a statement ahead of a virtual dedication ceremony on Tuesday. “By bringing clergy from across denominations closer together, we will be able to more effectively support and unify our people from Wilmington to Asheville.”

Solomon, senior rabbi at Raleigh’s Conservative Beth Meyer Synagogue, is leading the effort alongside Rabbi Judith Schindler, a Reform rabbi and director of the Stan Greenspon Center for Peace and Social Justice at Queens University of Charlotte. The rabbis hope to model their association on boards of rabbis like those in New York, Los Angeles and Atlanta, and provide a unified, public and nonpartisan voice on issues such as support for Israel and speaking out against antisemitism. They also hope to promote Jewish ritual, learning and community cohesion — including by distributing a new Haggadah supplement for the upcoming Passover Seders that includes the rabbis’ reflections on the holiday.

“Individual community leaders have long been able to speak about issues related to antisemitism and racism, but that’s not as effective as being unified,” Rabbi Solomon said in an interview with Jonah Kaplan for eJewishPhilanthropy. “There’s too much at stake now.”

North Carolina’s Jewish population numbers some 45,000 amid a total population of 11 million. The state’s largest Jewish community is in the Charlotte area, with additional concentrations in Asheville, Greensboro, Greenville, Raleigh-Durham and Wilmington.

“This is a very powerful force that has come together,” Gov. Roy Cooper, a Democrat, said at the dedication. “As a person of faith, I have seen firsthand the good that can come when faith leaders come together – ideas, courage, support and action.”

According to NCJCA, there are more than 80 rabbis and cantors in North Carolina, all of whom can apply for membership. Officially, the association now consists of Solomon, Schindler, and other members of its steering committee, all of whom are Conservative or Reform: Reform Rabbis Mark Cohn of Winston-Salem, Lucy Dinner of Raleigh, Batsheva Meiri of Asheville and Andy Koren of Greensboro; and the Conservative Cantor Shira Lissek of Charlotte.

The association’s creation was inspired in part by the controversy surrounding comments made by freshman Rep. Madison Cawthorn (R-NC) during his first congressional race. In 2020, Cawthorn spoke to Jewish Insider about his attempts to convert Jews to Christianity, saying, “being a practicing Jew, like, people are religious about it, they are very difficult. I’ve had a hard time connecting with them in that way.”

Cawthorn had made other comments about Judaism in the past, and though he would later meet with Jewish leaders in Asheville, Rabbi Solomon said the situation upset the entire Jewish community and not just those in Cawthorn’s western North Carolina congressional district.

“There’s a great fear, especially among Jews in the South, and the huge amount of Jews moving here from the Northeast, that North Carolina may not be so welcoming when there’s a prominent congressman talking about converting us,” Solomon added.

In 2021, Robinson’s social media posts blasted a “globalist” conspiracy to “destroy” former President Donald Trump. Robinson also targeted Disney and Marvel’s “Black Panther,” a film Robinson said was “created by an agnostic Jew and put to film by [a] satanic Marxist…” and the movie “was only created to pull the shekels out of your shvartze pockets.”

North Carolina, and its Research Triangle region in particular, is home to some of the most storied college campuses in the nation, including the University of North Carolina-Chapel Hill and Duke University in Durham. Jewish students at both campuses have complained about recent incidents of antisemitism.

Pro-Palestinian activists at Duke recently hosted author Mohammed El-Kurd, who has made statements perceived by some Jews as antisemitic. In 2019, departments at Duke and UNC co-hosted a conference that featured a Palestinian rapper openly calling for the cheering crowd to be antisemitic like Mel Gibson. Duke has seen other instances of antisemitism and anti-Zionist programming over the last few years, including the student president vetoing a resolution that would grant recognition for the Duke chapter of Students Supporting Israel. The decision provoked outcry from several national Jewish organizations.

Duke’s student government earlier this year unanimously voted to endorse the International Holocaust Remembrance Alliance (IHRA)’s working definition of antisemitism – a move that came a short time after student legislators took part in a training course on antisemitism with Jewish Life at Duke.

Away from campus, local station WTVD reported on pedestrians finding racist graffiti in downtown Raleigh linking Jews to slavery, among other antisemitic references. In nearby Cary, police investigated the distribution of antisemitic fliers in the days leading up to Hanukkah.

Rep. Kathy Manning (D-NC), a Jewish lawmaker and former Jewish nonprofit leader from Greensboro, cited the rise of antisemitism on campus as a key opportunity for NCJCA to make a difference for Jewish students.