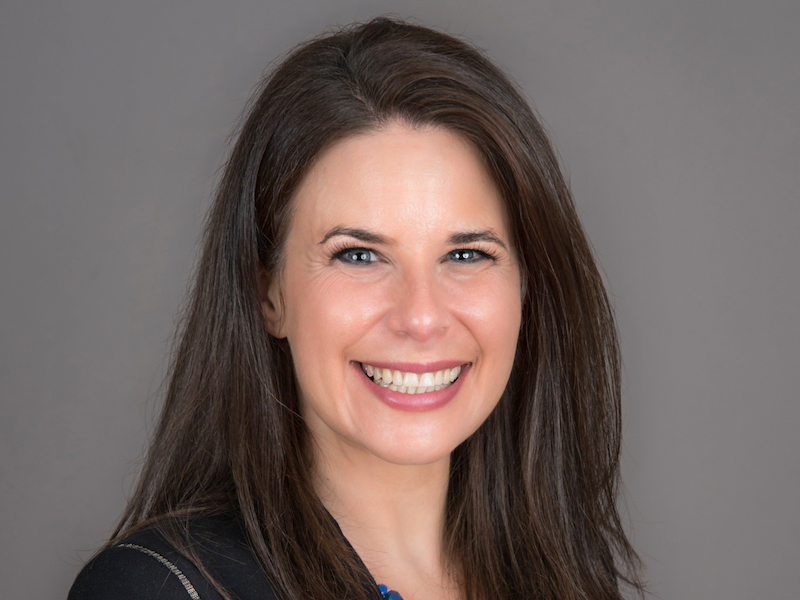 Karkowsky is departing Hazon, the Jewish sustainability and environmental group, where she has served as executive vice president since 2019. Her move comes as Hazon merges with Pearlstone, a Jewish environmental retreat center near Baltimore. She will succeed Deborah Meyer, who is stepping down 16 years after founding Moving Traditions. Karkowsky will take over on Feb. 7.

Shifting her professional focus from climate change to gender, Karkowsky said, doesn’t feel like a long leap. In both organizations, she said, “We’re using the lens of Judaism to make the world a better place, and by engaging young people with this work we strengthen their relationship with Judaism by showing them the deep roots of these values in Jewish texts and Jewish tradition.”

Karkowsky came to Hazon shortly before COVID-19 hit the United States, and handled the shift to virtual programming adeptly, said Marina Lewin, Hazon’s board chair. “You’re working on the day-to-day of all of us getting through this COVID environment,” she said of Karkowsky’s experience. “She was very focused on messaging to the community.”

A challenge that likely awaits Karkowsky is navigating evolving norms and language around gender. Moving Traditions began with discussion groups for teenage girls, then created a parallel track for boys, and more recently created a third track for trans, nonbinary and LGBTQ+ teens as well as an all-gender group. She said one question the group faces is whether and how much to keep those groups separate, and when to create all-gender spaces. There are more than 100 discussion groups nationwide, all virtual for now due to the pandemic.

“There’s really old research about what makes young people thrive, and all of that research is already antiquated because things are changing so rapidly when it comes to gender,” she said. “I think we’re in a moment where we’re keeping an open mind. We’re listening to young people to understand what they want as they build community and self-identify.”

Before Hazon, Karkowsky, 38, worked for 70 Faces Media, UJA-Federation of New York and the law firm Paul, Weiss, Rifkind, Wharton & Garrison. She is joining a growing number of female CEOs in the Jewish nonprofit world. According to a report last year from Leading Edge, which surveys Jewish nonprofits, 45% of Jewish organizations that submitted responses were led by women, up from 30% in 2018. Across the field, nearly 70% of employees at those groups were women.

In the 2020-21 academic year, Moving Traditions served upwards of 4,500 preteens and teens in its core programs, including the discussion groups, a feminist fellowship and a family education program surrounding the coming-of-age rite the organization calls the “b–mitzvah.” The organization’s budget is around $3.6 million with a staff of more than 30. Beyond increasing the number of participants, Karkowsky hopes to expand Moving Traditions’ partnerships with other Jewish youth programs so that those organizations place greater emphasis on gender inclusivity, especially following allegations in recent years of a sexist culture at youth groups.

Lewin, who is also chief operating officer of the Foundation for Jewish Camp, which has worked with Moving Traditions on programming for teens about sexuality and consent, said the pandemic has made Moving Traditions’ work more urgent.

“There’s a regrounding that has to be done, because people have been traumatized in the last 18 months in their own individual ways,” Lewin said. “So there has got to be continued dialogue in making sure that those regatherings are done in a safe and respectful manner.”

Karkowsky would like to establish partnerships with Orthodox groups, a community she’s personally connected to. Karkowsky attended an Orthodox high school at a time when, she said, “‘feminism’ was a little bit of a dirty word.” But she feels like that’s changing: This week, she was the first-ever woman to run the Tu B’Shevat Seder, a ritual meal on the Jewish new year for trees, at her Orthodox synagogue.

“It was a moment to be like, ‘Wow, we have an educated woman in our midst,’” she said of the Tu B’Shevat program. “How do we take advantage of that? How do we make sure she has a podium?”