MAZON is growing a national network of grassroots anti-hunger groups

The grant program aims to integrate advocacy and direct service 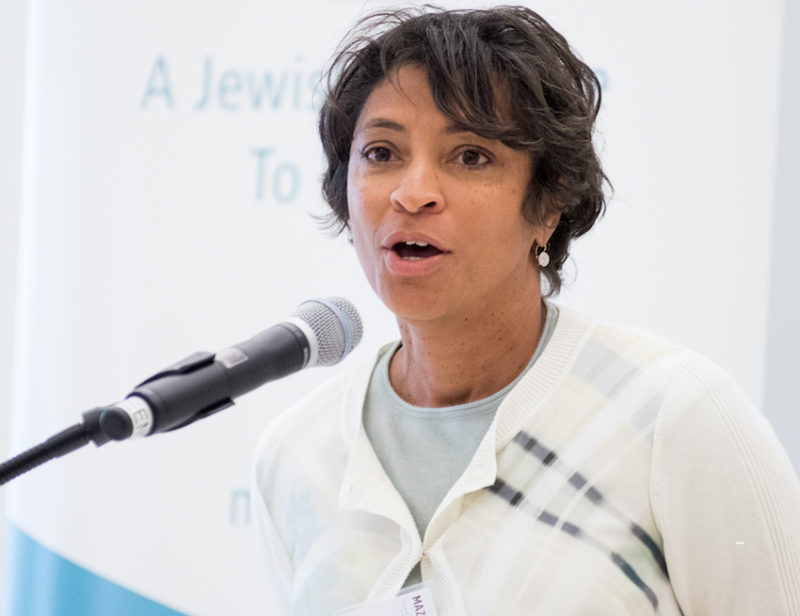 MAZON: A Jewish Response to Hunger, will disburse $2.5 million to 52 local organizations across the country and in Israel, Mia Hubbard, MAZON’s vice president of programs, told eJewishPhilanthropy.

Many of the groups, such as the Little Rock-based Arkansas Hunger Relief Alliance, Operation Food Search in St. Louis and the Native Food and the Native Food and Nutrition Resource Alliance in Los Alamos, N.M., are grantees of MAZON’s emerging advocacy fund — they are small charities that assist individuals dealing with food scarcity. MAZON’s funding supports both that work and efforts by these groups to advocate on behalf of federal food programs, like the Supplemental Nutrition Assistance Program (SNAP). Other beneficiaries focus more on advocacy and less on service delivery.

“We are helping to seed and grow and support anti-hunger advocacy,” Hubbard said. “We’re sharpening that connection between direct service and working upstream on these issues.”

MAZON was conceived in 1985 by Moment Magazine publisher Leonard Fein, who felt compelled by the famine in Ethiopia to start an organization that would rejuvenate the Jewish custom of using happy occasions as a chance to give to the hungry and needy. Today, the organization operates a “Simchas” program whose participants donate 3% of the cost of their celebration to MAZON, which uses the money to support such programs as the emerging advocacy fund, the creation of educational materials and its operations.

Other national groups doing similar grant-making or advocacy work include the Food Research and Action Center; Share Our Strength, whose founding was also inspired by the famine in Ethiopia; and Bread for the World, a Christian organization.

MAZON created the emerging advocacy fund in 2017 after a review of its grant-making revealed that it would benefit from a more strategic focus, Hubbard said. A period of study and reflection revealed that the states with the biggest food security problems were also the ones with the most political resistance to federal food aid. MAZON decided to focus more of its grants on helping grassroots groups build support for SNAP and similar programs. Last year’s grants totaled $2.4 million to 48 organizations.

In Louisiana, MAZON funds both Feeding Louisiana, which advocates on behalf of food banks and does education on the roots of hunger, and the Louisiana Budget Project.

Feeding Louisiana was a one-person operation until MAZON’s 2019 grant enabled it to hire an additional staff person to focus on advocacy, said Korey Patty, executive director of Feeding Louisiana. Since that time, Feeding Louisiana and the Louisiana Budget Project have worked with other organizations to create a coalition to work on food issues in the statehouse that didn’t exist before, Patty said.

Now in its fourth year, the emerging advocacy program has grown in both number of recipients and total dollar amount since its inception. MAZON’s budget was about $7.5 million, according to its 2020 tax filing.

The organization’s mission is to end hunger among people of all faiths in the United States and Israel, and 14 grantees are Israeli organizations whose work touches on hunger or related activism, such as Leket Israel, the food rescue group.

Now that the pandemic is receding in many parts of the world and the U.S. economy has started to recover, MAZON’s policy objective is to persuade state officials who resist federal food aid programs to retain pandemic-era changes that expanded access to them, Hubbard said.

“These benefits are fully federally funded, so there’s a perception that there’s nothing to be done at the state level,” said Dottie Rosenbaum, a senior fellow in the food assistance department at the Center for Budget and Policy Priorities (CBPP). “But in fact, state governments have a rather large role in how the benefits get delivered to people who need them.”

MAZON and the grantees of the emerging advocacy fund will work to keep those states from reverting to their pre-pandemic practice of leaning heavily on food banks and pantries.

“The charitable system was never set up to address the problem of hunger, and it doesn’t have the capacity or the reach that government programs do,” Hubbard said.