The pride of Matthew Bronfman’s philanthropy 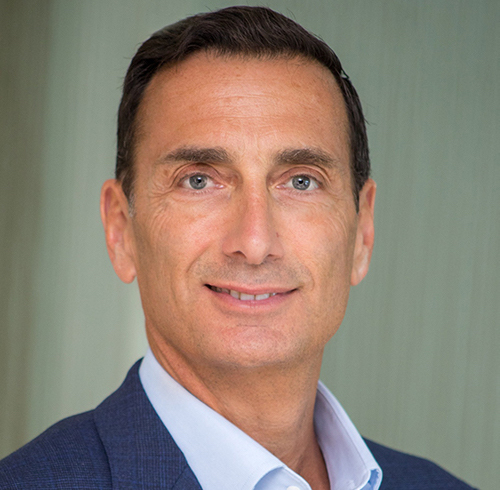 When Matthew Bronfman was an undergraduate at Williams College in Massachusetts in the late 1970s and early 1980s, his father, Edgar M. Bronfman — the billionaire businessman and philanthropist known for leading the World Jewish Congress — would often tell him, “Don’t let your academics interfere with your education.” Now, 25 years after Edgar Bronfman co-founded Hillel International’s Board of Governors, Matthew Bronfman is assuming the chairmanship, and the mantra again seems relevant. “Hillel is about the whole human being,” he said. Bronfman, who controls the IKEA franchise in Israel and heads several investment firms, talked to eJewishPhilanthropy’s Helen Chernikoff about his broad portfolio of philanthropic interests, which include Jewish campus life, youth engagement, Israel advocacy and Russian-speaking Jewry.

Helen Chernikoff: Where drives your philanthropy? How does it intersect with and diverge from your father’s?

Matthew Bronfman: My dad’s philanthropy was so broad, from the World Jewish Congress to My Jewish Learning. It covered everything from the political to the social. started with the 92nd Street Y and I’ve been involved there for 30 years. Then Limmud FSU, and now chairman of the Hillel International Board of Governors.  I have a passion to try to help people find their Jewish voice, their Jewish journey. At Limmud, we take these Russian kids who had never been exposed to Judaism, and we bring them back. And when kids get to college, it’s the first time they are independent thinkers and the last chance we have to deliver a Jewish message. In practice, I am more religious than my dad. I’m Conservative; he was Reform. But philosophically, we’re very similar. He wouldn’t say he was Reform, he’d say he was a proud Jew. That message is powerful, and I’d like every college student to come away with that message.

HC: Can you talk about how Conservative Judaism appeals to you?

MB: It’s just a comfortable spot on the spectrum for me. I keep kosher. I was challenged about it by a relative on my mother’s side: “Why do you keep kosher?” The answer is that every time I sit down to a meal, it reminds me who I am. I put on tallis and tefillin most mornings. I say thank you, every day, for my health and family. My business partner in Israel is haredi. Most of my Jewish friends are less religious. But that’s irrelevant. It’s being a proud Jew that matters.

HC: What worries you, keeps you up at night?

MB: That on campus, some Jewish students’ right to both fight for social justice and be Jewish is being challenged. Also: intermarriage. And I would say the third thing, which plays a role in intermarriage, is what I view, and others view, as a growing disconnect between the next generation and Israel. The view that Israel is the oppressor. Goliath, not David. It leads them to not lead a Jewish life, and not necessarily want to marry Jewish, and that’s why I think a trip to Israel — Birthright — is critically important. At the American Jewish Committee, I support a program called “Leaders for Tomorrow.” It prepares [young people] to be advocates when they get to college, to understand what the arguments are going to be, and arm them with actual facts. My dad was one of the first people who criticized Israel; it was a long time ago, in Bibi’s first term, and the establishment here was outraged. He said wait, no one loves Israel more than I do, that’s what requires me to speak out. Inaction is apathy.

HC: What are your goals for your chairmanship on Hillel’s Board of Governors?

MB: We continue to recruit and train absolutely the best talent. Hillel has some of the best talent in the Jewish world today, and that enables the other stuff to happen. That is creating a safe place on campus, for students to come in and feel safe and comfortable, to learn and connect. It doesn’t necessarily mean going to synagogue; there are plenty of other ways to express your Judaism. The pandemic has created a lot of stress, Hillel has to support students on mental health issues. I hope that will pass, and God-willing, my term will be long and this particular issue will be relatively short. I want our students to feel both that Hillel can be not just a center of their life but a support for their life — for their life after Hillel. It should be a part of their life as they go out into the world.