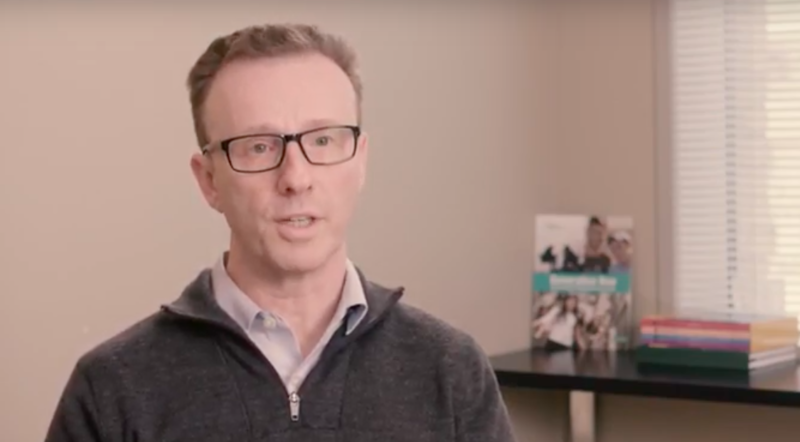 With $1.3 billion in assets and a sharply defined focus on education, the Jim Joseph Foundation has become a powerful force in American Jewish life since its creation in 1987. It supports both emerging organizations and grand, collaborative efforts, and has led the introduction of philanthropic best practices, from the use of data to evaluation methods.

Yet even the Jim Joseph Foundation has met its match in the puzzle of how and when to return to the office during the COVID-19 pandemic.

“Man plans, God laughs,” said Barry Finestone, the foundation’s CEO, noting that it, like most employers, has been operating since March 2020 with at most a three-month visibility into future workplace arrangements. Now the foundation, and others who shared their plans with eJewishPhilanthropy, are looking to the beginning of the new calendar year as a milestone in their pandemic journey. The general consensus among funders is that a return to the office is essential, although the details of their set-ups diverge due to differences of geography and culture.

“Walking to and from offices, meeting people in person, having conversations in the office, hosting people for events, meeting people for drinks or dinner, it’s where the magic of our work happens, where the relationships that are core to our success are built, and where brainstorming and ideation happen — where creative vision so often emerges,” said Felicia Herman, COO of the Maimonides Fund, which started working again in its New York City office part-time in September 2020. Staffers are now there four days a week, and work from home on Fridays.

In January, the Jim Joseph Foundation’s roughly 20 employees will return to their space in San Francisco a minimum of three days a week, while the Harold Grinspoon Foundation (HGF) will open the year with a new policy under which staff — more than 90 work in its Agawam, Mass., office — can work remotely up to 40% of the time, said COO Adrian Dion.

In Toronto, the 35 employees who work at the Azrieli Foundation’s head office returned to work at 50% capacity on Oct. 4. The foundation plans to continue in this arrangement until at least January 2022, CEO Naomi Azrieli said. The William Davidson Foundation, located in Troy, Mich., has been unable as yet to call everyone back to its office space, where 16 people typically work, due to rising transmission rates in that part of the country, CEO Darin McKeever said.

“From June to today, everything is uncertain. As much as I want to move to the rebuilding phase, we are still in that difficult period of uncertainty,” McKeever said.

The Jewish foundations’ plans to ramp up in-person work next year, while maintaining remote days, seem to reflect some broad trends in office life. Across the country, workers are resisting a complete return to the office. “The backlash is real,”  Tsedal Neeley, a Harvard Business School professor who has studied remote work, told the Boston Globe. A Partnership for New York City survey of almost 200 big employers based in Manhattan found that 28% of workers are back at their desks, while closer to half will be, come January.

The five foundations interviewed by eJP acknowledged that remote work had some benefits. Herman noted that remote work was more productive due to the reduction in travel time between meetings, and between office and home. Both the  Jim Joseph Foundation and HGF found themselves enjoying the “equalizing” effect of remote work. “When you’re working remotely and you’re planning a meeting, you have to be very intentional,” Jim Joseph’s Finestone said. HGF’s global staff felt more connected than ever before during the pandemic because everyone was in the same situation, Dion said. The Azrieli Foundation inaugurated a practice of holding a virtual meeting during the pandemic that brought together the staff from around the world and featured guest speakers and communication from management, and will continue doing so.

However, the negatives associated with remote work were undeniable, the foundation leaders said, echoing Herman’s conviction that creativity and culture are a product of face-to-face interaction. Finestone said the Jim Joseph Foundation would not have been able to adapt successfully to pandemic working conditions if it had not enjoyed so many years together in the office beforehand. “Casual conversations that happen while at the coffee machine or walking through the hallways create a culture of warmth and connectivity,” Dion said.

Most of the foundations crafted their back-to-office plans by consulting with employees and conducting surveys, but none of them received anything like a consensus in return. “There were a mix of emotions, with some wanting to return to the office and reestablish a sense of normalcy and others who were anxious about the return,” Azrieli said, adding that she feels most people are feeling more settled now, and enjoying the opportunity to interact with their coworkers.

All of the foundations that spoke with eJP require employees to vaccinate, which helps to assuage safety concerns, said Dion and others. Some are also speaking explicitly to staff about the emotional transition, and encouraging them to start coming in before new policies go into effect, so that they’ll be comfortable when that happens. “Physical and mental well-being remains paramount,” Finestone said. “We won’t be giving any ‘stretch’ assignments in January.”

Even as some of the foundations prepare for new policies to go into effect, a sense persists that their plans could change — because they have so often done so in the past 18 months, Finestone said.

At the William Davidson Foundation, McKeever has adopted a mantra: “Make no decisions before they’re necessary.” He is still leery about delving too deeply into a conversation about the benefits and disadvantages of remote and office work: “When lives are still at stake, it’s too early.”