The group aims to test 10,000 people for cancer risk in five years 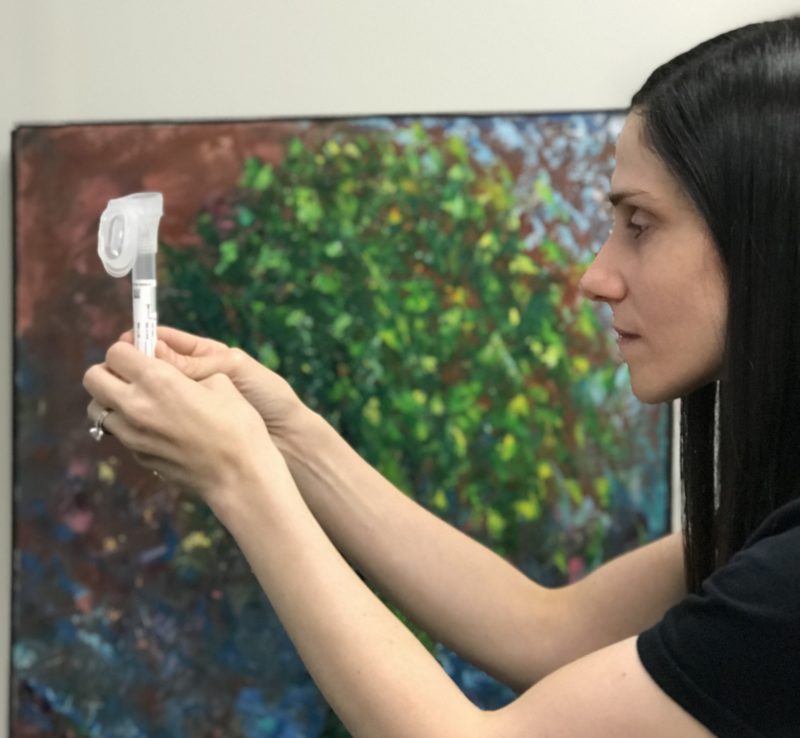 JScreen, the Jewish genetic testing nonprofit known for its emphasis on reproductive disease, is expanding its efforts and now offering cancer screenings. The new test screens for more than 40 types of cancer, looking at 63 genes that predict cancer risk, including the BRCA1 and BRCA2 genes. Those genes can carry mutations linked to breast and other kinds of cancer, and are 10 times more common in Jews of Eastern European descent, also known as Ashkenazi Jews, than in the general population.

JScreen aims to test 1,000 people in its first year, 2,000 in its second year and 10,000 people within five years, Karen Grinzaid, the executive director of JScreen and a professor in the department of human genetics at the School of Medicine at Emory University in Atlanta, told eJewishPhilanthropy. The Marcus Foundation, also based in Atlanta, gave JScreen its initial funding when it launched in 2013. A two-year grant from the foundation provided the seed funding for the new cancer program, Grinzaid said. Other supporters of the cancer screening program include the Kay Family Foundation, the Florence and Laurence Spungen Family Foundation, she added. The group has a part-time fundraiser through Emory and intends to use the tests to find new supporters among those who have been affected by cancer.

Ashkenazi Jews are at higher risk of carrying more than 200 genetic disorders, such as Gaucher, a metabolic disorder, and Tay-Sachs, which destroys nerve cells in the brain and spinal cord, than the general population. Tay-Sachs causes death by about age 4. The suffering of children born with the disorder and their families was one of the primary motivations behind the communal movement to encourage genetic testing, said Jason Rothstein, executive director of the Norton & Elaine Sarnoff Center for Jewish Genetics at Chicago’s Jewish United Fund (JUF), which has been offering educational outreach, subsidized testing and genetic counseling for more than 20  years. The Victor Center in Miami and the Minkoff Center for Jewish Genetics in Scottsdale, Ariz., provide similar services.

JScreen is a national provider of genetic testing, using a saliva sample kit that is mailed to a lab; the kit has some similarities to direct-to-consumer DNA tests like 23andMe, though very different, Grinzaid stresses. Those tests look for only a small number of BRCA mutations, for example, while JScreen looks for thousands. “Someone could be falsely reassured by one of those tests,” she said. “And they are not medical-grade.”

The organization is first reaching out to individuals and institutions it already works with, such as synagogues, federations, JCCs, rabbinic groups and cancer support organizations, to spread the word about the cancer test. It will be working closely with Sharsheret, the Teaneck, N.J.-based Jewish breast cancer education group. The two groups have already participated in joint trainings, Grinzaid said. “Early detection of genetic mutations saves lives. We are grateful that JScreen has expanded their genetic testing offerings to include panels related to these prevalent cancers,” said Elana Silber, Sharsheret’s CEO.

JScreen’s new test also screens the APC gene; it can harbor a mutation that increases risk for colorectal cancer in Ashkenazi Jews. The rest of the test looks for mutations that are significant predictors of risk, but do not occur more frequently in the Ashkenazi population. In the future, JScreen might try to market its test more directly to other high-risk groups, said Grinzaid.

The cancer test costs $199 if covered by insurance and $349 if not, which is slightly higher than JScreen’s reproductive test.

Genetic counseling also comes with JScreen’s tests, but isn’t offered by for-profit test providers. JScreen does its counseling by phone and video conference, and offers in-person counseling when necessary, as when results are difficult or complicated test results.

The Sarnoff Center doesn’t offer cancer screening yet, but is considering it, Rothstein said, in part because they get so many calls from people confused by their results from 23andMe and other companies.

“We are fortunate to have this model for talking about a genetic health issue and we have an infrastructure for taking on that problem and looking at it in a bigger way,” he said.