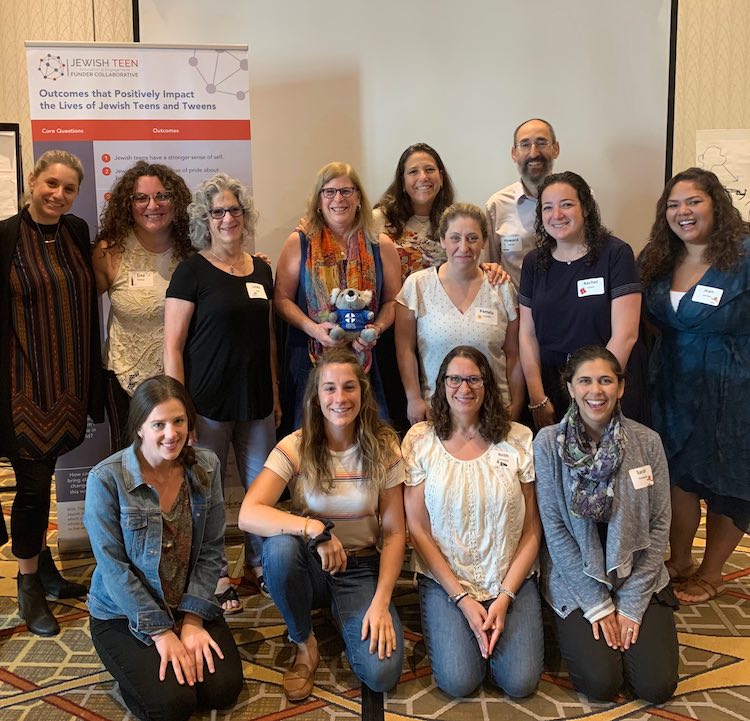 The Jewish Federations of North America (JFNA) will announce today that it is taking in its third outside entity in 18 months — this one focused on teen engagement, Shira Hutt, JFNA’s executive vice president, told eJewishPhilanthropy.

Effective at the end of the month, the staff of the Jewish Teen Engagement and Funder Collaborative, which operates in 10 communities, will become part of JFNA. A year ago, the philanthropy think tank Amplifier joined the federation umbrella organization, which has also taken in a grantmaking organization for Russian-speaking Jews.

The collaborative’s programs, research and methodologies will become accessible to JFNA’s members — 146 federations and 300 smaller communities. What the collaborative has learned about building community through its work with teenagers can be applied to other demographics, Hutt said.

“Jewish federations are in the business of lifting up Jewish life, and that work is always done in partnerships,” she said. “These opportunities create efficiencies and leverage the federation platform.”

The organization developed evaluation methods and used its own programs to develop a national baseline of efficacy, which Sara Allen, the collaborative’s director, calls its “shared measures of success.”

It also shares its instruments and data with other organizations in the field, such as Honeycomb, the teen philanthropy program housed in the Jewish Funders Network.  Honeycomb’s executive director, Wayne Green, said he has found the collaborative’s instruments quite helpful.

“Locating the collaborative within JFNA is an opportunity, because now they’ll have the capacity to be in every community,” Green said.

The collaborative’s signature programs include a “virtual college road trip” and an annual campaign around Mental Health Awareness Month in May.

Founded in 1999 from the merger of United Jewish Appeal (UJA) and the Council of Jewish Federations (CJF) to connect and provide guidance to individual federations, JFNA underwent several rounds of layoffs in its early years.

In the past decade, however, JFNA has participated in or developed several high-profile initiatives embraced by its member federations. With the Orthodox Union and other nonprofit groups, it is one of the leading advocates for the federal Nonprofit Security Grant Program, created in 2005 to support security enhancements at houses of worship and other nonprofit institutions. Last year, the program received $181 million, and the Senate is now debating the 2022 allocation.

The Secure Community Network, which calls itself the “official homeland security and safety initiative of the organized Jewish community in North America,” also operates under JFNA, which earlier this month announced a $54 million “Live Secure” fundraising campaign to fund a security director at the 101 federations that don’t currently employ one.

The coronavirus pandemic also helped JFNA make a fresh case for its relevance. With the support of a matching grant from several national donors, it offered federations $62 million in coronavirus relief funds. It also helped administer the loan program of the Jewish Community Response and Impact Fund, created in the early days of the pandemic to protect Jewish institutions and funded by the Jim Joseph Foundation, the Maimonides Fund, The Paul E. Singer Foundation, the Charles and Lynn Schusterman Family Philanthropies and the Jack, Joseph, and Morton Mandel Foundation.

Now JFNA, which posted revenue of $254 million in its 2020 fiscal year, is also pursuing growth through what might in the business world be called “acquisitions” — but with one key difference.

While JFNA will help fund the organizations it’s taking in, all three will continue to be supported by their original funders. For the Russian-Jewish grantmaking body, that’s Genesis Philanthropy Group. For Amplifier, the Natan Fund and Charles and Lynn Schusterman Family Philanthropies.

The collaborative will sit within JFNA’s new department of community and Jewish life, created in May 2021 when it hired Sarah Eisenman, who had been assistant executive vice president at the American Jewish Joint Distribution Committee.

Eisenman and the collaborative together will decide over the coming months what its next steps will be in terms of expansion locations and other possible avenues of growth, Hutt said. “We believe the collaborative approach which shaped the development of this Funder Collaborative can have positive implications far beyond the teen population,” Allen said. “We look forward to sharing this expertise across JFNA, which works across lifespans, so that we all may better serve different demographics and populations.”