It’s time for us all to wake up

Last Thursday (June 3rd) just as the Israeli working week was drawing to a close, and everyone was heading off to bed, I took part in a “losers’ party” promoted by JCRIF, the Jewish Community Response and Impact Fund. I believe that this was a groundbreaking event in the field of Jewish education.

Now that we are finally starting to make strides in putting COVID-19 behind us, the time has come to engage in novel thinking. Before we can do that, however, we need to take a moment to remember all of the people who lost their lives during this dreadful pandemic, and acknowledge the emptiness they’ve left behind. 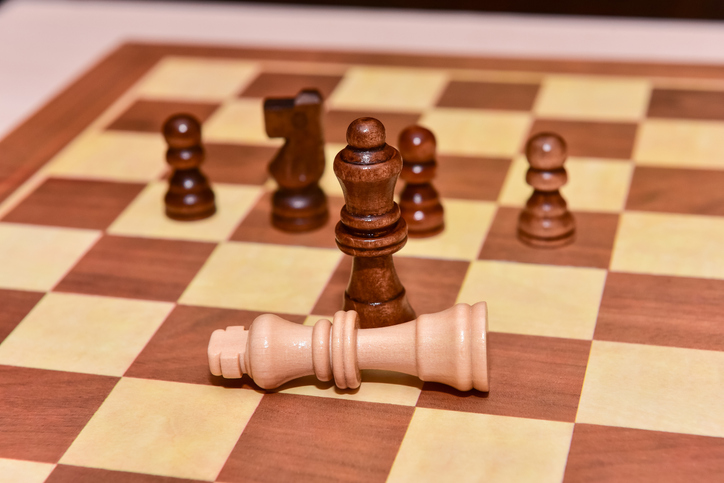 On the first Shabbat of the first lockdown in Israel, when all the synagogues were shuttered, my family sang the evening prayers at home together with mixed feelings. As it is customary for someone to say a Dvar Torah – some words of Torah – every time we gather in prayer, we began discussing which family member would be the proper and respectable choice. We felt that these words, which would connect us to the weekly Torah portion, needed to be extra special and encouraging during these difficult days when infection rates were soaring. I began scanning the plethora of books I’ve read throughout my lifetime in search of some timely words of wisdom. My vague memory of reading this book many years ago led me to pick up my copy of “Who Moved My Cheese?”.

Yes, I’m referring to the tale of two tiny smart humans (Hem and Haw), along with two mice (Sniff and Scurry), who manage to find their way through the maze even under challenging circumstances. And this is how my family came to study this book by Spencer Johnson, M.D., as if it were a tractate of Talmud! We dissected and contemplated each and every word in order to gain insight into our lives.

I explained to my children that my generation had never before experienced a life-changing event, and suddenly something extraordinary was unfolding. This new reality went beyond the pain from loss of life, and it presented us as parents and educators with an opportunity to engage in deep dialogue about what is truly important in life. From the shock and the isolation that we experienced, we have gained an awareness that will hopefully help to guide us throughout the rest of our lives.

This new reality forced us as educators to reorganize our lives, and the results have been remarkable. The virtual meetings that my organization has held with dozens of teachers and principals around the world, have helped us clarify the need for these connections, and they were the impetus for the creation of our World Center for Jewish Education Hub despite enthusiastic calls from teachers and principals working in the field to carry out the wonderful innovations that we recommend, all the official organizations that really need to make these changes, have countered with, “Don’t move my cheese!”

It was interesting that, in March this year, several tenders were published by various educational organizations, describing the process of “getting back to normal in this post-COVID-19 era.” They may have used the same words, but apparently, they didn’t have the same meaning.

My dear friend, Michael Wegier from the UK, brought my attention to the JCRIF tender. As we started preparing our application, we began to realize that this was a unique opportunity. We invested a great deal of time and thought into the program plan we submitted, and as you can imagine, were quite disappointed when we received a negative response.

Two weeks ago, I received an invitation by email to an event that at first glance sounded strange. Rabbi Sara Luria and a group of activists invited all of the “tender losers” to participate in a “Reset After Party.” Despite the fact that I’d never heard of such an event, it was clear to me and the WCJE staff that we should not miss out on such an opportunity, and so we responded that we’d be delighted to attend the online event. Added on at the end of the invitation was the slightly sarcastic comment: “You will, sadly, need to bring your own beverages and snacks; we will try to bring the scintillating conversation.”

That evening, as I logged on to the meeting, my expectations were pretty low. But right away, it was clear this was something out of the ordinary. After a short and unifying session of communal singing, Rabbi Sara opened the session by talking about the existential loneliness and difficulty that people who work in entrepreneurship in the Jewish world have been experiencing. She spoke about the disappointment we were all probably feeling after failing to win the tender. As the session went on, I began to realize that I was partaking in a revolutionary event. The only word to describe this party was groundbreaking!

Jason “Jackson” Block and Sarah Kornhauser from UpStart explained that through this tender the Jewish people has received many amazing and unique ideas devised by dozens of organizations. “Together we now have to continue developing these ideas, which will lead to the enrichment of the entire Jewish world. By analyzing the recurring keywords from the proposals, we have created an extensive map that links all these proposals and organizations with one other and empowers everyone. It is imperative that we not let this knowledge disappear.”

The party I participated in that evening was full of creativity, entrepreneurship and innovation for the benefit of the Jewish people. When someone is willing to move their cheese, they can make great headway. Those of use who are working to promote innovative programs in the Jewish world need to begin using the term “Jewish activist.” We must abandon old models that promote divisiveness, and instead use positive terms that connect us all and set the tone for future activity.

As a someone who was born and raised in Israel, but who has spent his entire adult life working with the North American Jewish community, I would like to officially commend the organizers of the losers’ party. And to all my Israeli friends: The event might have taken place in the middle of the night, but it’s time for us all to wake up.

Mickey Katzburg is founder and CEO of the World Center for Jewish Education, a global resource hub for Jewish schools and organizations across the religious spectrum.