Jay Sanderson on why the L.A. federation’s model had to change

Sanderson is leaving the federation as planned, after a 12-year tenure 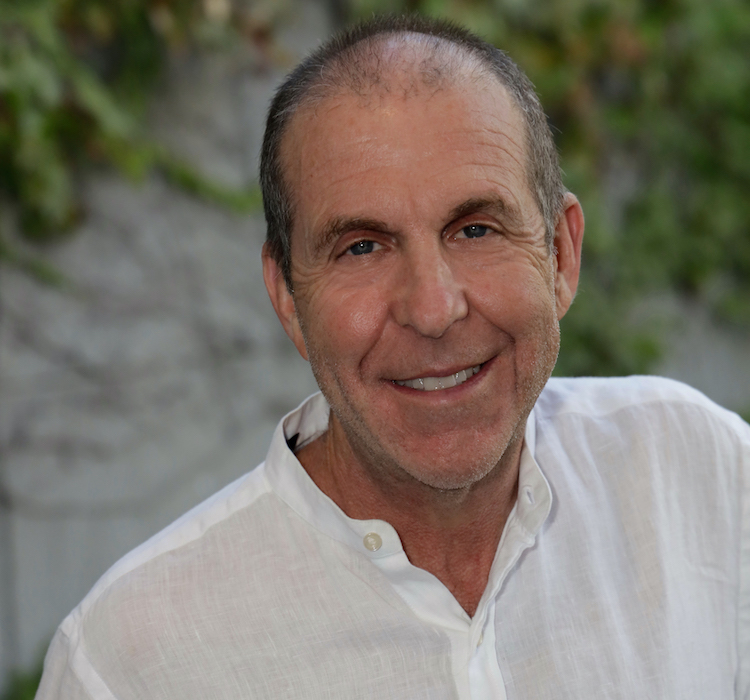 On Dec. 31, exactly 12 years after he started serving as the CEO of the Jewish Federation of Greater Los Angeles, Jay Sanderson will officially step down, yielding the helm to Rabbi Noah Farkas. The two have been meeting since Farkas’s appointment was announced in June, and Sanderson is “very optimistic” that Farkas will be able to lead the federation over the next decade or more, Sanderson told eJewishPhilanthropy in a conversation about joining the federation system as a CEO after a career in media; what he’s proud of and why the changes he made were necessary. “I have been thinking about succession since I began in my role 12 years ago,” Sanderson said. “I believe in constant transformation and conscious disruption.”

Helen Chernikoff: When you joined the federation as CEO 11 years ago, you were considered a surprising pick. Was that simply due to your professional background, which was in media, not human services or the nonprofit world?

Jay Sanderson: Yes, I was in the media world, a filmmaker, producer and writer, and I never considered myself a Jewish professional although much of what I did had a Jewish theme, and my life is deeply Jewish. Most federation execs back in the day had a social work background. And I was a critic of the Jewish community. I have people that work for me whose dream was to work for a Jewish organization and that wasn’t my dream.

HC: What was the essence of your criticism when you were coming in from the outside?

JS: I felt like the Jewish community was fixated on the past, and not willing to look at what’s ahead of us. Most Jews, not just young Jews, have decided not to engage in the Jewish community in any formal way. They have decided not to belong to a synagogue, not to send their kids to day school. Jewish institutional life has always historically focused on doing what we’ve done over and over again even if it didn’t work. The title of the best management book I ever read — and the book wasn’t as good as the title — was What Got You Here Won’t Get You There. So when I came into this job, I was pretty frustrated. How many more panels could I sit on about Jewish identity? How many more times could we have the same conversation with no real results?

HC: What would you point to in your tenure where you really feel like you were able to get that message across, and something changed?

JS: The historic structure of the federation movement was as an umbrella agency that raised funds for beneficiary agencies. Basically, you give us money, and we put it through to the community. Our federation destroyed that format. We became the organization that led in the process of looking at the greatest challenges and opportunities, and then identifying where we could make an impact. This is about strategy. It’s about measuring success. It’s about partnerships with the agencies, not entitlements. The old federation model was about, “We give you a million dollars this year,’ and next year, the organization says, “Give me a million and a half.”

HC: Can you point to a signature program or two?

JS: What we did in transforming that structure got us through the wildfires and COVID as effectively as any community in the world. We recognized the fact [that] we needed to prioritize Jews in need, not the whole community. And we needed to create a completely different social service infrastructure that was about individuals, not organizations. We’re not going to give to organizations to solve a problem, we’re going to identify the problems, and create a whole platform of services to help somebody who’s on the edge of poverty and real crisis back on their feet, which is a very Jewish principle. Our central partner is Jewish Family Service of LA, as well as a number of other agencies. If you’re in trouble, call a phone number. You’re connected to a social worker. When people are in trouble, they don’t have one problem. The social worker learns about the person, and then we build layer upon layer upon layer of resources. If you’re going to get evicted, we pay your rent until you’re back on your feet. We will stay with you until then. That framework was fortified for the fires and then again for the fight against COVID.

HC: What about the role the federation plays in supporting Jewish life — cultural, spiritual, social?

JS: We created one program that has really resonated throughout the country, and it’s called NuRoots. It’s in a gorgeous building on Venice Beach, one of the coolest places in the country. When we started, we thought about the moments in a person’s life when you can really make the greatest impact. And that’s when you graduate college. You make the biggest decisions of your life. You decide where you’re going to live. You decide who you’re going to love, who you’re going to be friends with, what your job is going to be. It doesn’t mean that those things won’t change, but you’re starting out. That’s the place where we lose people, because those things might compete with being Jewish. The thrust of NuRoots is that we will meet you where you are. That was a bold thing to say when the whole Jewish institutional framework was based on a premise that you’re going to come to us. We have engagement fellows working through the community in this initiative. We start with coffee. This is a dating analogy. Here’s a great story. One of the early people we met with was a young guy who actually had a very strong Jewish childhood, but then had some negative experiences and drifted further and further away. We had several good dates with him. And then it was the next stage of the relationship — I want to meet your friends. How about we do a Friday night? Just challah and candles. That dinner attracted 23 people, and by the fall, that dinner had led to a Rosh Hashanah hike with 160 people. Most of those people have since gone to Israel, or engaged in other ways. We haven’t kept all of them, but we’ve built that.

JS: One of the last major television projects I did was “The Jewish Americans,” which was a six-hour prime-time series that has won almost every major award and had over 35 million people watching. I spent five years of my life thinking about, understanding and learning with a team of extraordinary people. Jews came to this country to escape oppression. And to be American. The tension of being Jewish in America is a real tension, and it’s a tension Irving Berlin felt, and it’s a tension that I feel.

But the challenges west of the Mississippi are different. What happens here is the precursor of what’s going to happen everywhere, despite the fact that most Jews in New York think that everything important happens in New York and goes west. We have such diversity. We have the largest Persian Jewish population in the world. The largest Israeli population outside the state of Israel. A larger proportion of millennials than in any Jewish community in the country. We have interfaith relationships and the percentages are higher here. Affiliation is lower. And yet we have such dynamism. We have extraordinary rabbis. We have four mega-synagogues. Everything happening here is happening in a laboratory. That makes it dynamic, but it makes it messy.

HC: What keeps you up at night?

JS: The honest truth is I’m a terrible, terrible sleeper. I think it’s the wrong question. I like the question better of what has motivated me in the last 11 years and what will motivate me no matter what I end up doing in the next 12. Being Jewish has infinite value, and being a part of a Jewish community — the value of that is immeasurable. How do we do a better job of taking something that is so beautiful and helping everyone understand that, and making our circle bigger and more diverse?

HC: Was there an ambition you cherished that you weren’t able to reach?

JS: I believe our biggest solvable challenge that unfortunately I barely scratched the surface on is the reimagination of our Jewish ecosystem. We continue to spend hundreds of millions of dollars with diminishing results.  We create more and more new institutions and programs with less collaboration and partnership and increasing mission creep.

HC: Do you know what’s next for you?

JS: I have spent the last 12 years focusing on two things — my federation and my family.  I am just now beginning to focus on my next chapter. I have been blessed to have many chapters.  I hope to return to pieces of each creatively and meaningfully.

On Dec. 31, exactly 12 years after he started serving as the CEO of the Jewish Federation of Greater Los Angeles, Jay Sanderson will officially step down, yielding the helm to Rabbi Noah Farkas. The two have been meeting since Farkas’s appointment was announced in June, and Sanderson is “very optimistic” that Farkas will be able to lead the federation over the next decade or more, Sanderson told eJewishPhilanthropy in a conversation about joining the federation system as a CEO after a career in media; what he’s proud of and why the changes he made were necessary. “I have been thinking about succession since I began in my role 12 years ago,” Sanderson said. “I believe in constant transformation and conscious disruption.”