Is it even worth it to try and convince people that haven't been on a university campus for 35 years that campus isn’t a battleground?

“So you do Israel advocacy as a part of your job?” He asked in between bites of Challah.

How do you explain to someone that you are interested in Israel education, not advocacy. That you want to challenge Jewish students to really consider what Zionism, Israel, and Judaism means to them and Judaism instead of aimlessly defending a country with overly simplified soundbites. 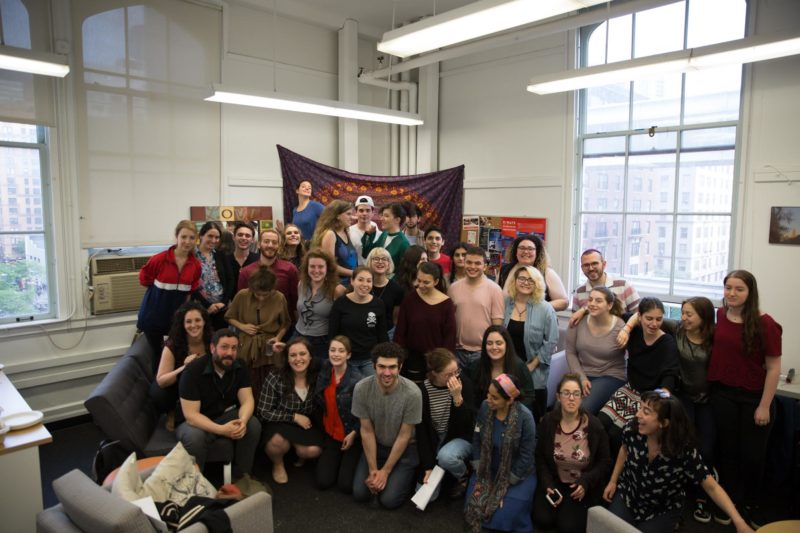 “Kind of, not exactly, I run an assortment of classes, conversations, trips, and fellowships where we explore different aspects of Israel from political, social, and religious angles.”

“But you fight against all those anti-semites at the universities that are all trying to get BDS passed, right?” He continued, receiving nods of affirmation and approval from the others around the Shabbat table.

Is it even worth it to try and convince people that haven’t been on a university campus for 35 years that campus isn’t a battleground? That the vast majority of students have no strong opinions about Jews and Israel and that BDS passing in some meaningless college vote isn’t the biggest threat to the Jewish future.

“Yeah”, I responded. “Whenever anything anti-Israel comes up on campus I’m always there to talk to people. More importantly the students that I work with on a weekly basis are also there to have nuanced filled conversations.”

“This is the problem with liberals,” he said back to me smiling – a friendly jab at my political orientation. “You have too much nuance. It’s very simple, these people are anti-semites and we need to protect the Jewish community and fight back against them!”

Does a liberal or nuanced worldview require that one make room for inherently unnuanced opinions? Better yet, is there a chance he is correct? Am i being naive and really I should be only teaching my students pro-Israel soundbites – avoiding any type of criticism? After all, anti-semitism in the form of anti-Zionism is proliferating and perhaps I need to do my part to stymie it.

“Maybe” I chuckled. “But I’m an optimist. I deeply believe that at the end of the day nuance and rationalism will win out over binary thinking and closed mindedness.”

I have devoted years to being an educator for Hillel in order to aid students in their understanding of Judaism and Israel. As many Jewish pundits have noted, within the past generation Israel has gone from being the greatest common unifier of American Jewry, to being the greatest common divisor. And we must talk about it – not with oversimplified soundbites – but rather with the nuance and complexity that it deserves while highlighting the foundational Jewish questions at the core.

How do we take a religious and moral tradition argued about in abstraction over the past two millennia and subsequently try to apply it to a modern nation-state with tangible consequences? How does the Jewish community stay united while being split in half geographically between two places, Israel and America, that Jews feel at home? How do we bring our age-old tradition of nuanced thinking into one of the most polarized issues in our day? And how can a robust understanding of Israel help bolster overall Jewish identity and attachment to Jewish texts and traditions?

These are the questions that I am interested in exploring with students – and they are the questions that I believe are crucial for the future of a robust American Jewish connection with Israel and their wider Jewish identity. Sure there are times when defending Israel is necessary. In the past month I have been invited on multiple podcasts one to debate Israel and another to explain the recent flare up, I wrote the cover story for our local Jewish journal about the importance of Zionism, and led dozens of conversations with students and community members of all ages. But this mustn’t be the crux of our work when it comes to Israel.

What the Jewish community writ large needs is an investment in Israel education, not Israel advocacy. I don’t want or need Jewish students to be able to regurgitate facts and statistics off a pro-Israel pamphlet only to be countered by an anti-Israelist reading the opposite facts and statistics off their own pamphlet. Rather, I want Jewish students to be fully enveloped in the joys, difficulties, blessings, challenges, and nuances that Zionism and the modern state of Israel has brought to the Jewish people.

Moshe Daniel Levine is the senior Jewish educator at OC Hillel and a Rabbinic fellow at Temple Beth Tikvah. You can follow him on social media here. He can be reached at dlevine21@gmail.com.