When I had my Bar Mitzvah, I was lucky to have friends and family who gave me many gifts; there were books, Judaica, paints, and of course, the one that everyone wants, cold hard cash (or checks). I must have raked in around $5k which was a lot of money. I put it in my bank account, and no one said anything. But there it sat, like a hole in my pocket. I invested a large portion of it in an experience that I would never forget, and the rest I invested in purchasing candy – an investment I am still paying off the losses for with dental bills.

I don’t have many regrets in my life, but one of them is what happened with that Bar Mitzvah money, and subsequent money that I earned as a teenager. I wish my mother had forced me to take some of that money and learn from a cousin who was very successful at investing. Had I been empowered to learn about how to grow my money, and not just my cavities, my financial situation today could have been very different. 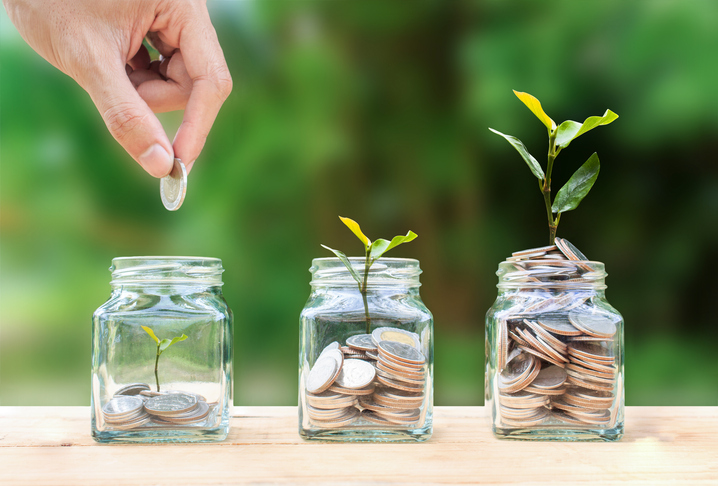 A few months ago, I was sharing this anecdote with people in my office at Shalom. Most people had similar situations and feelings, and what ensued was a brainstorming session around how we could take this issue and develop a comprehensive program to engage post Bar and Bat Mitzvah kids. Fast forward three months, and we have just launched The Nadav Project.

The Nadav Project is an intergenerational learning program set over five workshops, that sets out to redefine the role of money in society through a Jewish perspective and create a culture of sustainable and impactful giving. Teens and their parents will learn about the financial institutions and tools to create impactful and sustainable portfolios, while also deeply advancing their Jewish knowledge.

In establishing this program, we wanted to focus on four key Jewish values that would underpin everything we do, and the learning goals that a family can walk away with.

We want to endow participants in thinking about their future. Establishing not only their financial security, but also how they responsibly and impactfully use their money, and how they can strengthen their bonds with parents or significant adults in their lives. The program teaches financial management, creating a culture of giving, and forges deep intergenerational engagement.

But it does so much more, it lends itself to future thinking. The talmudic tractate of Taanit tells of the story of Honi. He is walking down the street and he sees a man planting a carob tree. Honi asks the man “how long will this take to bear any fruit,” the man responds, “70 years.” Honi retorts back by asking the man whether he will live for 70 more years, and the man responds by saying “Just like my ancestors planted for me, so too I am planting for my descendants.”

In a world where there is so much uncertainty, we must teach our next generation how to be future focussed. Without that skill, we are destined to set up a generation that does not care for what the future might bring, or what needs to be established to ensure that it is prosperous for those who will inhabit it.

The Nadav Project aims to instil the importance of social responsibility. Part of the program fee is an automatic seed fund into a giving circle that will take place six months after the program’s completion, and through lessons about tzedakah, chesed, and ethical and impactful investing, our participants will hopefully be inspired to give.

In focussing social responsibility in terms that don’t only require contribution from participants, but even in the way they invest and grow their financial security, we aim to change the way people think about money and the mechanics of the world around them.

The famous Talmudic quote of kol Yisrael areivim zeh ba’zeh, that each member of the Jewish people is a guarantor for one another (Shevuot 39a), inspires this element of our program. It is not just giving that shows our responsibility to our fellow Jews, or the world around us, it is about being responsible in all our actions.

Learning is key to what we do at Shalom, it is at the core of our mission. The Nadav Project has at its core, the notion of upskilling on all elements of learning. Each workshop draws down on secular and Jewish wisdom, of teachers and leaders across both aspects, and creating an intergenerational program enables children to learn from their parents, as well as parents learning from their children.

In Pirkei Avot (1:15) we are taught from Shammai, “make your study of the Torah a fixed practice”. In developing a program that is text based, richly steeped in Jewish wisdom and philosophy, but also practical, tangible and relevant, we are able to renew this statement of Shammai in a way that relates to the most religious teen to the most secular.

Finally, The Nadav Project aims to focus on the community at large. It is a program that enables other organisations to guide their Bar and Bat Mitzvah students into a next step, it promotes community organizations as opportunities for tzedakah, and it establishes a next generation of connected and invested in the community.

Imagine, a teen today that learns how to invest and develop a portfolio, that over the years grows into something substantial. That teen, now an adult, deeply cares about the power of giving, and of community, and can directly trace their success back to the community. Not because he or she went to a specific school or attended a specific institution where they rubbed shoulders with the right people, but because the community at large invested in him or her. Imagine what the return on investment could be for the community.

In the book of Bamidbar/Numbers, Moses requests that God appoint a successor that has the ability to ‘go out before them, and come in before them, so that the community will not be like sheep that have no shepherd.’ If we want to create strong future communal leaders, we have to endow them with a sense of community, of caring about what the future looks like, and a burning desire to engage with it. That is what the Nadav Project aims to do.

While now just a small pilot, the hope is that this will grow into a movement. By establishing a program that seeks to intersect secular lived experience with deep Jewish wisdom, in a way that engages, and empowers the next generation of community, while connecting them to the community that they currently live in, we believe that we can move the dial on future engagement and holistic Jewish continuity.

As a father, rabbi, and sociologist, Jewish community is everything to Alon Meltzer. Currently he serves as Director of Programs at Shalom and Rabbi of Or Chadash Synagogue in Sydney, Australia.