Impact of the COVID-19 pandemic on the Jewish community

[Second in a series of pieces by chapter authors from the upcoming 2020 American Jewish Year Book (published by Springer Nature in 2021 and edited by Arnold Dashefsky and Ira M. Sheskin).]

More than a year ago, the Jewish community was contemplating how to celebrate Passover without gathering with friends and family. A modern plague, COVID-19, had emerged and upended life as we knew it. We were transfixed by images of hospital ERs and ICUs overwhelmed by patients unable to breathe. Even those lucky enough not to be infected by COVID-19 were coping with a complete upheaval of their personal and Jewish lives. 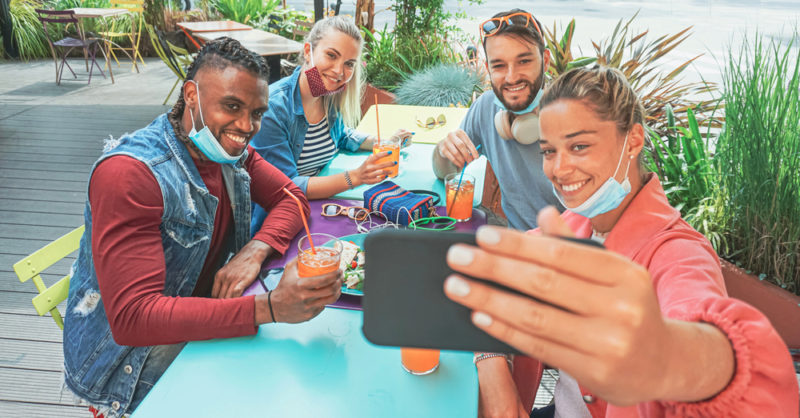 Jewish communal organizations were unsure of how to respond. Despite having the advantage of eager donors with substantial resources ready to offer their support, it was not known what the most pressing needs would be. The immediate concerns were with widespread job loss, poverty and isolation, especially among the elderly who lacked access to the technology that became the lifeline for many. At the same time, some saw opportunities to increase participation in Jewish life through the use of technology, as online and virtual seders, religious services, Jewish programs and lifecycle events might provide entry points to new constituencies for Jewish involvement.

As social scientists, we mobilized to provide the Jewish community with timely information about the health, economic, social, emotional and spiritual toll of the pandemic on US Jews. Our “social epidemiology” approach aimed to provide Jewish organizations a holistic understanding of the most effective ways to serve their communities.  During May and June 2020, we collaborated with 10 Jewish federations to survey their constituents. The sample included large and small communities across the U.S.. By the time data collection ended in August 2020, nearly 15,000 individuals had shared their experiences during the first stage of the COVID-19 pandemic.

The findings—rapidly shared with individual communities and disseminated through a series of webinars and op-eds—both confirmed and challenged perceptions of how the pandemic had affected the community. By implication, the research suggested new directions for responses to the needs of community members.

At the time of the survey only a small proportion of our respondents had been directly affected by COVID-19 (less than 5% had been sick, 15% were close to someone who had been sick or succumbed). Yet, emotional difficulties and financial challenges affected a far larger share of Jewish households.

Nearly half of our respondents reported emotional difficulties, with two thirds of those ages 18 to 34 and one third of the oldest respondents (75+) reporting such issues. Financial difficulties exacerbated the situation for some, but the common thread across both groups was a sense of loneliness. At the time, we thought it possible that the abrupt disruption of people’s social networks was responsible. Today, as reports of mental health issues grow, we are less sure.

Our surveys also documented some of the financial impacts of the pandemic. Many respondents were financially comfortable, and their resources sustained them through the early stage of the crisis. But for those who were struggling financially before the crisis, their situation worsened. Most of these individuals were worried about being able to cover their basic living expenses. Nearly a quarter of them had lost their jobs.

While some in the Jewish community were enthusiastic about the potential of online Jewish life, most of those who were interested in new online opportunities were already Jewishly engaged. Few who were uninterested in Jewish life prior to the crisis took advantage of easy access to online Jewish activities. Families with children, already managing hours of screen time in place of school, seemed to be particularly uninterested in exploring new online and virtual programs.

This research on Jewish communities was followed up by a series of studies focusing on the impact of the pandemic on young adults, including Birthright applicants who were unable to travel to Israel. Our work highlighted the ways in which young adults missed their interaction with others. We documented the mental health challenges associated with being socially distanced and what was lost by the ability to connect with others.

Our latest work, based on random samples of over 2,000 college students of all religious backgrounds at three campuses, investigates the importance of place and in-person learning. Early in the pandemic, social distancing was a survival tool. For college students, In the past year, it has meant shifting to a largely online learning mode. Our study suggests that, despite the convenience and flexibility of online learning, it cannot replace the benefits of in-person interaction.

For the Jewish community, whose essence has to do with people being in community with one another, it seems clear that there is no substitute for physical, in-person presence in one anothers’ lives. Whether it is being part of a seder, taking a class, celebrating a simcha or praying in a synagogue, being with others is fundamental.

As a post-pandemic “new normal” emerges, Jewish organizations will need to find ways not just to restore person-to-person contact, but repair the damage caused by the COVID disruption. Technology will, undoubtedly, continue to be a fundamental part of how we engage with one another. One lesson of the pandemic for the Jewish community, however, is that, for the well-being of individuals and communities, that there is no substitute for face-to-face personal contact.