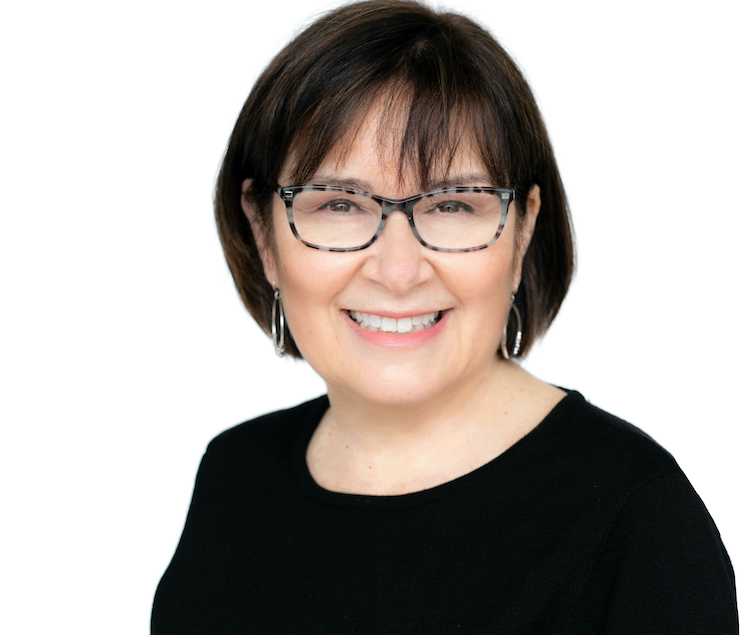 Anne Lanski is the founding CEO of The iCenter, launched in 2008 to create the field of Israel education, complete with curriculum, professional development and pedagogical theories. She’s long been known as “the mother of mifgash,” or “encounter,” as a metaphor for the lifelong process of helping North American children connect with Israel. These days, however, Lanski’s vision is slightly different, she told eJewishPhilanthropy in a conversation about the Chicago-based iCenter’s beginnings, accomplishments and new dream to extend its portfolio of academic credentials.

Helen Chernikoff: Can you give us a little origin story of Israel education?

Anne Lanski: There was a time when ‘Israel education’ wasn’t even a phrase. I used to say I was an “Israel experience educator,” because that was the terminology for Israel trips. One of the people who worked with me came in one morning, and said to me, “I was out last night, and someone asked me what I do, and I didn’t know what [to] say.” Israel education not only wasn’t a field; it wasn’t a term. So what we did, from the very beginning, is that we understood Israel education, first of all, to be integral to Jewish education and Jewish identity. And secondly, we understood that excellent Israel education had to be grounded in excellent education. If we miss that step, it almost doesn’t matter what we’re teaching. And so we convened thought leadership from around North America and Israel, and we worked for months to develop a language and a framework and standards. And now there’s a whole community of people who are actually academically credentialed Israel educators.

HC: The iCenter and The George Washington University created a master’s degree in Israel education. What are the other credential programs?

AL: The first program we created, which is our cornerstone program, [is] The iCenter iFellows. This is a master’s concentration in Israel education; it’s a consortium of 14 academic institutions. That includes all of the different denominations, all of the seminaries, all of the major programs and schools of Jewish education, of Jewish communal leadership. And this is the one thing that all of them collaborate on. They send five students to participate in this program, in addition to academic studies at their institution, [and] they do a concentration in Israel education. They’re doing it not because they want to become Israel educators, they’re doing it because they’re going to be Jewish leaders. Then we have the master’s degree in Israel education, which is a two-year program. It’s grounded in education, and in Israel studies. It brings theory and practice together. And we have a long list of graduates waiting to enter a Ph.D. program in Israel education. This is a professional pathway, and it’s here to stay. We also have a certificate program in experiential education for educators from any organization, people who work in camps and schools, youth organizations, Israel trips. It runs the gamut. And then we have an ongoing relationship with Birthright Israel, where there is a cadre every year of 100 Birthright Israel trip leaders who participate in an intensive four-day training. We also do what we call “a taste of The iCenter.” Maybe they do a four-day certificate or a six-week certificate. We see this as a professional credentialing pipeline.

HC: There are so many people who think that everybody knows how to teach, or that you can’t teach someone how to teach. But what you’re doing is very different.

AL: That’s exactly what most people miss. You don’t teach Israel, you teach children. You teach students — about Israel. We’re not about ‘the teacher walks in, and looks at their information and says, “I’m going to give this to you.”’ We’re about the teacher who sees the people in front of them, and engages those people. They don’t teach, they facilitate. It’s the relational approach. Our focus isn’t on Israel. It’s on the relationship. I don’t want to prescribe what kind of relationship it is. It’s part of me and part of my story. The relationship gives context and meaning. Otherwise, it’s more like learning about one country, and then another, and then going onto a new class. It’s more than that.

HC: What about your biography? Are you Israeli?

AL: Technically. I did make aliyah. I do have an Israeli passport. I can get into the country during COVID. But my heart has always been very bicultural. I grew up in Chicago in a family that had no connection whatsoever to Israel. And when I was in high school, for absolutely no serious reason, I ended up in a Zionist youth movement. That’s where I learned, by living, the importance of education, and person-centered education. My first focus was Israel travel. I founded an organization called Shorashim [which translates to roots]. It was based in Chicago, and committed to bringing together North American and Israeli peers. And so we would travel for six weeks to Israel, and the group would be one-third Israeli and two-thirds American, and it changed the lives of both sides. And that’s where I learned the importance of the relationship between Israelis and North Americans.

HC: You were saying that your focus is on the relationship, not on the content knowledge of Israel.

AL: Yes, and also the understanding that we change each other’s lives when you put us together. We say that it’s important to “put a face to the other.” For a lot of North American Jews, the ‘other’ are Israeli Jews. For 20 years, we called this “mifgash,” but I don’t like that term.

HC: Yet it’s so widely associated with you and The iCenter!

AL: The term doesn’t capture what we mean. Sometimes I think the term might even limit our ability to do what we are trying to do. It implies encounter, but it implies that we don’t see Israelis and North Americans as peers. As soon as we prepare for an encounter, we’re separating people — we’re making distinctions. I don’t think that’s our intention. And also, young people today, they don’t see each other that way. It’s imposed by grown-ups on our kids. When I started taking kids to Israel, they had to go get passports. Who doesn’t have a passport now? Kids are doing social media; they are so much more international. It’s sometimes on us to catch up with where they’re at. So what I want to say is this: On Birthright Israel, on RootOne — the teen Israel travel initiative — the participation of Israeli peers is mandatory, and that’s life-changing.

HC: This past summer was the first time RootOne took teens to Israel. Can you talk about the impact of that program?

AL: We serve as an educational partner to RootOne. It’s one of the most exciting new programs with regard to the field of Israel education, because experience in Israel with Israelis is amazing. Also, the program is creating a framework that requires pre-engagement and learning with Israel and with Israelis before the experience. And then there’s a whole framework created for ongoing engagement opportunities when they return. So it becomes part of the trajectory of the individual. There’s also something called Israel Now, which is for eighth graders. When they begin high school, they’ve already had one experience with Israel. Then they go on RootOne, and then they go on Birthright. And then they understand where Israel lives in their lives and identities.

HC: Are there any major new funders who have entered the space since The iCenter was created with support from the Jim Joseph Foundation, the Marcus Foundation and the Charles and Lynn Schusterman Family Philanthropies?

AL: You know, that’s a really interesting question. From the beginning, Israel engagement and education has been high on the agenda of the funding community in North America. The entire Jewish funding community is very committed to Israel. There’s different funding: field building, Israel studies, Israel advocacy. These are all important pieces. I can’t think of one particular major new funder, but they still continue to surprise. Now there’s RootOne. There’s always something new coming. And it’s on us, the Israel education field builders, to do justice to that investment, because right now is an opportunity. There is so much commitment and support from the funding community, in terms of the place of Israel in the lives of young people.

HC: So this is a good moment for you. You’ve worked so hard all these years. You have that support. What are the challenges at this point?

AL: The challenge is to figure out the balance of when we need to respond to what seems like a crisis and also not let go of the ongoing work. The field that we’re creating is going to endure past the time of a crisis. Crisis response can be critical. The challenge is to balance that with a proactive educational strategy, which requires time and attention to process. It’s like working in fire prevention, or working as a firefighter. If you work in fire prevention, you’re trying to create a situation that will be able to absorb the realities of life and keep people safe. If the only time you get up, you’re putting out a fire, you can only do the same thing the next time a fire starts. You need both a short-term and a long-term strategy and balancing those things sometimes can be difficult.

HC: When you say “crisis,” what do you think of?

AL: The world is polarized. Everything is complicated and layered in a beautiful and challenging way. In May, it was what happened in Israel (the conflict with Hamas). It could be something else. People that are excellent in crisis response are critical to the plan. But there is an ecosystem of Jewish and Israel education, and we need a solid foundation with a relational approach to how we teach.